Does it seem to anyone else but me that January is flying by?  I’m not sure if it’s because time has sped up or if it is all the activity in the town these days. 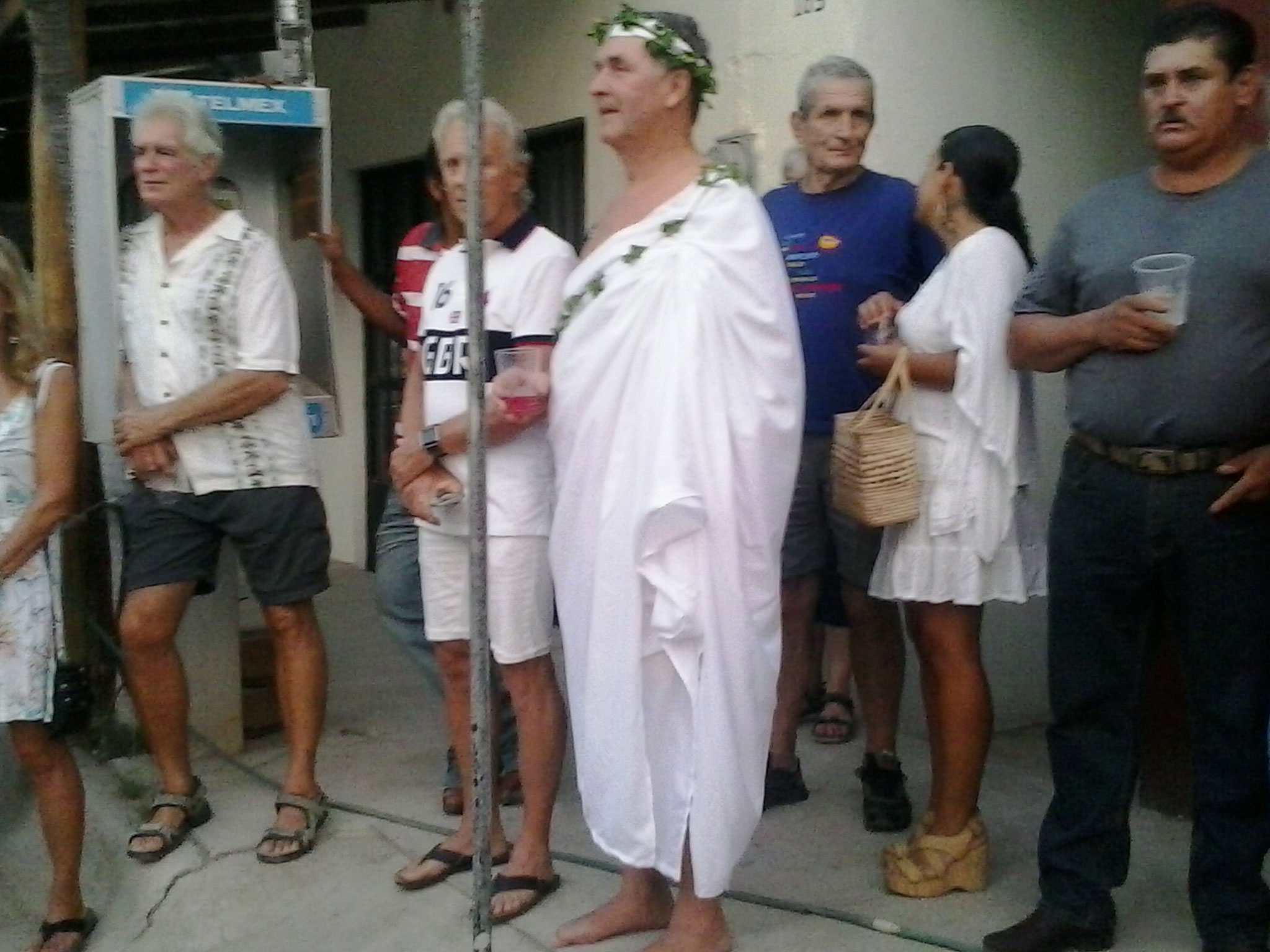 Kicking off the fun this month was Efren Gonzalez’s annual art display at La Galeria Manzanilla.  Bringing with him over 40 new original works of art, he filled the gallery once again.  Efren has become a “favorite son” of La Manzanilla over the last decade, and residents turn out not only to buy his works of art, or register for one of his four-day workshops, but also chat with the talented yet truly humble man.

Always quick with a smile and wit, he answers any question you may have.  He doesn’t hesitate to share tips and techniques with anyone who is interested in cultivating their talent.  Whether you are a professional artist or merely a dabbler (like myself), Gonzalez believes that everyone should enjoy the opportunity to revel in the pleasure of creating art.  Visiting Paris last summer, Gonzalez visited the Louvre Museum four times. He told me that it was there that he realized he was truly an artist and doing what he was born to do.  We, here in La Manzanilla, already knew that.

The first highly anticipated, and sold out Bocce “Ball,” a white attire affair, was held at Figaro’s Restaurant.

The first of its kind, this formal dinner dance in La Manzanilla was an extraordinary event.  Members of the organizing committee and a generous number of volunteers worked tirelessly over the year to make this fundraiser truly spectacular.  The restaurant also wore white for the evening, from large bouquets of whiteflowers and fairy lights glistening from the ceiling at the entrance throughout the building to the seaside tables which were draped with white table cloths and chair skirts.  Outside in the street a mariachi band played as the youngest of our residents entertained the audience with folk dances and lariat exhibitions, while inside, attendees were treated to a live duet performance.

A silent auction was held and bidding was furious for the various donations, one of which was a two-night, three-day stay at Casa Entera, a private villa in El Tamarindo. 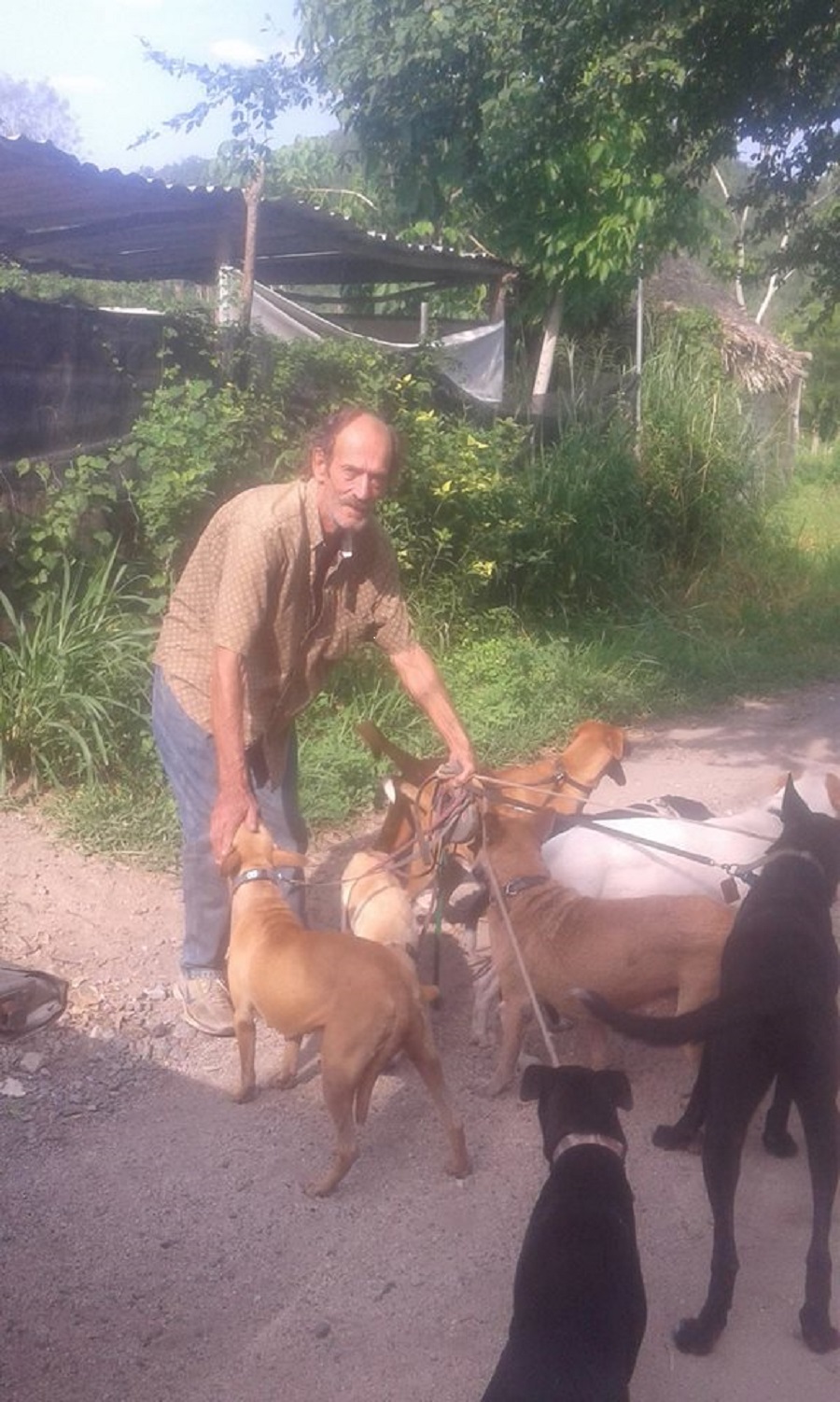 Several dignitaries from the area also attended the function, including La Huerta Mayor Ray Mendoza, along with several members of the La Manzanilla ejido and their wives.

The proceeds from this gala will be combined with the monies raised at the upcoming Bocce Ball Tournament, a two-day event to be held on the beach in front of Figaro’s, on February 9 and 10.  The competition will be fierce and fun to watch, admission is free, and there will be tickets available for meals and drinks.  Congratulations again to the organizing committee, volunteers and to Pino, the owner of Figaro’s who generously donates his restaurant to host these affairs.

Polo may be called the Sport of Kings, but watch out boys – the ladies are coming. The Careyes Polo Club will be hosting the 8th annual Guiliana Cup for Women Friday, January 25 and Saturday, January 26, at 4 p.m. on both days.  Players from Washington State, Louisiana, California and England will be in the lineup.

Admission is free, dress is casual elegance. Located between kilometer 49 and 50 on Highway 200. Watch for the sign.

Going to the dogs

I’ve written before about a man named Valentine, our very own “dog whisperer” who takes in unwanted, undernourished, underloved dogs that have nowhere to live but on the streets.  He operates the Second Chance Rescue Centre situated over the arroyo, a few kilometres from downtown.

Valentine brings these dogs back to health, both physically and emotionally.  He also advocates adoption and has been successful in this endeavor.  But as one dog is adopted, another is in need of rescue. At the moment he is caring for 14 dogs, from abandoned puppies to adults.

There are many times Valentine struggles to buy the much needed food and medicine.  On Saturday, February 16. his struggle will be lessened with help from our community through a fund-raiser held at Quinta Valentina’s.  Tickets are 250 pesos and included will be four draw tickets per person for donated door prizes.   A specially priced dinner for 100 pesos will be available if you wish to dine before you dance.  The Ol’ Boys Country band (formerly known as The Tall Boys) will provide the music.  Be sure to get your tickets early as this will be a sellout.  Tickets are available Tuesdays at Quinta Valentina’s, from 11 a.m.-1 p.m., and on Fridays, Saturdays and Sundays at the Helping Hands Bookstore from 10 a.m.-1 p.m.  Also, if you happen to see Scottie Turner riding his bicycle in town, flag him down as he will have tickets with him.

Dust off your cowboy hat and shine them boots — rodeo week will soon be here.

From February 1-7, the town will be filled with horses, bulls, music and cerveza.  Plaza de Torres will be filled with families cheering for their favorite vaquero who dares to ride a bull, and applauding the grace of the dancing horses.   Music will carry on from dusk till dawn.