Buildings were defaced and windows broken in small acts of random violence carried out during a protest in Guadalajara on International Women’s Day. 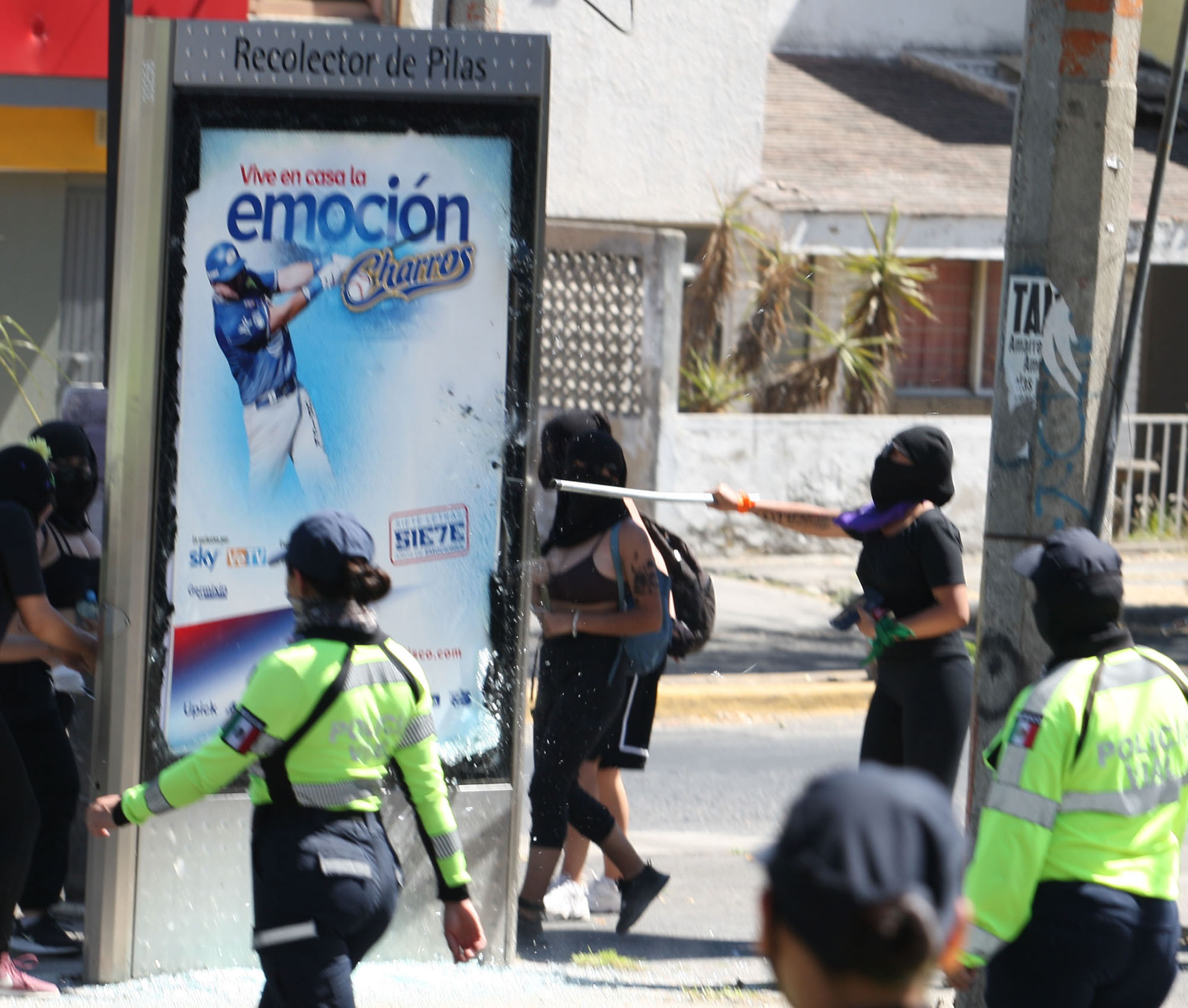 As in cities throughout the world on March 8, women gathered in the Jalisco capital to focus attention on a range of issues regarding women’s rights. Their ire was mostly directed at the lack of official response to female victims of violence, in particular addressing femicide – the term used for homicides that deliberately target women – a plague they say is exacerbated as a result of Mexico’s macho culture.

Around 1,000 women convened at the Glorieta de La Normal, from where they marched along Avenida Circunvalacion to the Justice Center for Women (CJM).

While the majority of the demonstrators were peaceful, a small radical element spray-painted slogans on walls, vandalized bus stops, and trashed the exteriors of a bank branch and a post office on Avenida Alcalde. Surprisingly, the  accompanying police officers ignored the violent acts and made no arrests. Around a dozen women, however, received self-inflicted injuries during their protests, most of them with cuts from broken glass.