Five years after founding a shelter in Tijuana for banished veterans and two years after starting his personal quest for repatriation to the United States, Hector Barajas finds himself in the midst of a whirlwind. 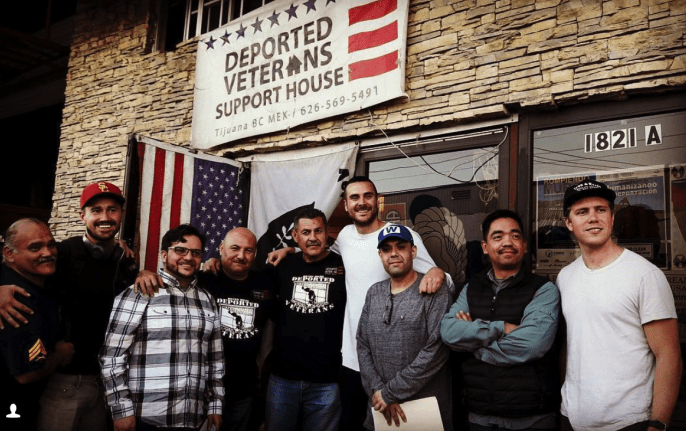 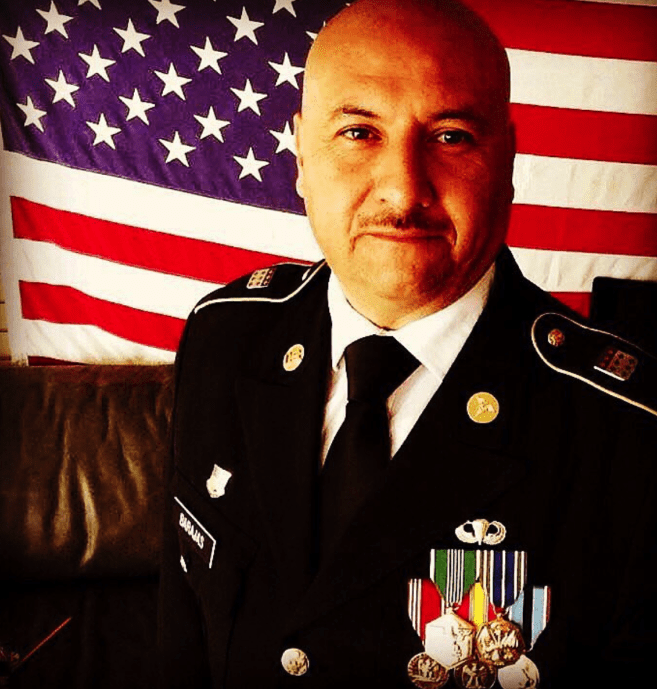 Barajas’s attorney recently informed him that, since California Governor Jerry Brown pardoned him last year for a criminal offense (based on his six years of honorable service, from 1995 to 2001, in the Army’s 82nd Airborne Division and his work at the shelter), the U.S. Citizenship and Immigration Services has decided to grant him citizenship. The USCIS then told him to attend his naturalization ceremony next Friday, April 13, in their San Diego office.

Asked in a phone interview from Tijuana how he was going to get across the border to attend his naturalization, he said, “They’re taking care of it. It’s never been done before.

“It’s already overwhelming,” he added. “There have been non-stop calls and interviews from CNN, [well known news anchor] Jorge Ramos, and so on. In fact, someone’s trying to call me right now.” He noted that he suffers from high blood pressure and diabetes and was not feeling well at the moment.

The 40-year old explained that he has an 11-year-old daughter in Los Angeles and is keen “to be home with my family.” He added that he plans to continue his work with the Tijuana shelter, known as The Bunker, and will attempt to get grants, donations and staff so it can stay open.

“But I do need to start having an income,” he said, which means finding a job in Los Angeles.

One of the difficulties that resulted from Barajas’s deportation in 2010 (part of a trend begun by U.S. Presidents G.W. Bush and Obama that saw the expulsion of large and growing numbers of non-citizens with and without police records) was that of working in Mexico. His Spanish was limited, he explained, since he had been brought to the United States by his family when he was just seven years old, received a permanent residency card when he was a teenager and enlisted in the military when he was 17.

Job difficulties were part of what prompted Barajas to found The Bunker shelter in 2013. Like Barajas, many deported veterans had been brought to the United States as small children and assimilated well, sometimes not even realizing they should seek citizenship, sometimes enlisting in the military after being told it was a path to citizenship. When they were dumped in Mexican border cities, they found themselves painfully separated from their family and culture and were often reduced to living on the street. This pained Barajas and he began to let them stay with him until they could get on their feet.

Since an avalanche of publicity last year (see Guadalajara Reporter, July 21, 2017), when deported veterans affiliated with Barajas and The Bunker demonstrated on Memorial Day and the Tijuana group received a visit from a large group of U.S. Congress members, Barajas’s cry for help has been picking up steam.

“Dreamer” Daniel Torres, whose saga included a falsified birth certificate, honorable service in the U.S. Marines in Iraq, an attempt to join the French foreign legion and deportation to Mexico by France, was able to get citizenship and live in the United States, Barajas said. Likewise, another Marine veteran, Marco Chavez, was pardoned by Governor Brown for a conviction for cruelty to animals and now lives in Los Angeles.

Barajas said he has identified 350 deported veterans living around the world, 60 of them near the U.S.-Mexico border. Two are currently staying at the shelter, he added. (Over five million immigrants have been deported since 2001, according to Pew Research, but the percentage who are veterans is unknown.)

Referring to his conviction in 2002 on a gun-related charge, Barajas was apologetic. “I’m not proud of it. Somebody could have been seriously hurt. It was years ago and I’ve paid for it dearly. I just thank God I was able to get the pardon from Governor Brown. That was the biggest hurdle – getting rid of the criminal conviction.”

Asked if he is a fan of Brown, he didn’t hesitate. “Absolutely. I hope to get to meet him someday. I’m very happy.”