A man and woman have died of gunshot wounds following a home invasion around 8 p.m. on Tuesday, January 29 in Chapala. 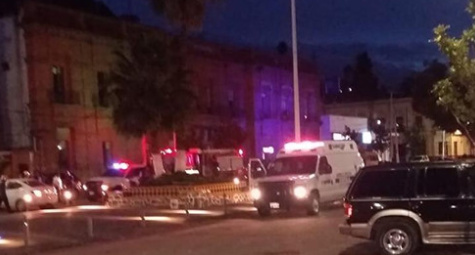 According to reports, the assailants entered the house at Calle Zaragoza 372, located between Degollado and Flavio Romero, and shot everyone present at point blank range. The victims ranged in age from 25 to 30 years old, according to reports.

The female victim received several fatal shots in the abdomen while the male was hit in the chest and arm. Two other men who were shot survived but their current condition is not known.

Chapala’s municipal government condemned the attack and said it will be working closely with the State Attorney General’s office to identify and arrest the culprits.

In a press release, the municipal government said, “We regret the losses and sympathize with the affected families.”

At press time, the identities of the victims were unknown. The two injured victims were initially treated at the Chapala Red Cross clinic, the press bulletin stated.  The motivation behind the aggression is still unclear.