Follow the highway or turn off to a parallel interior street? 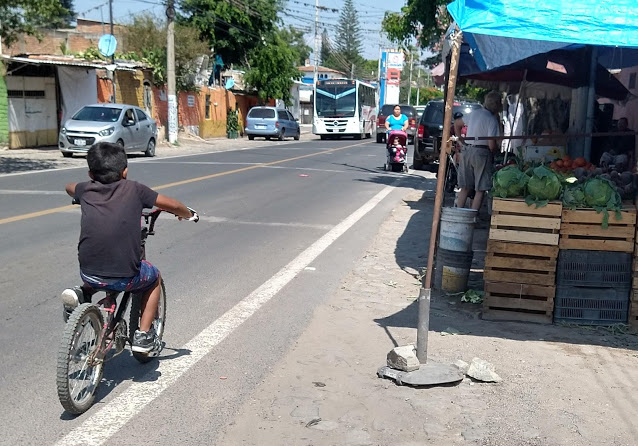 That was the question posed to residents of San Juan Cosalá during a Tuesday, June 15, public meeting regarding the best route for constructing the Ciclovía (cycling path) through the town center.

The state-funded project to complete and refurbish the paved track linking Chapala and Jocotepec has been completed in the stretch between central Chapala and central Ajijic, with work still under way from the western outskirts of Ajijic to the eastern boundaries of Jocotepec. The original plan drawn up by the state Department of Infrastructure and Public Works (SIOP) traced a similar pathway through San Juan, immediately adjacent to the main highway. Several months ago, some village residents suggested consideration of an alternate route following Calle La Paz.