In an unprecedented initiative to repopulate Lake Chapala with its most prized endemic fish, Jalisco’s Agriculture and Rural Development Secretariat (SADER) supplied 10,000 fingerlings of pescado blanco (white fish) that were released in deep waters on Wednesday, September 8. 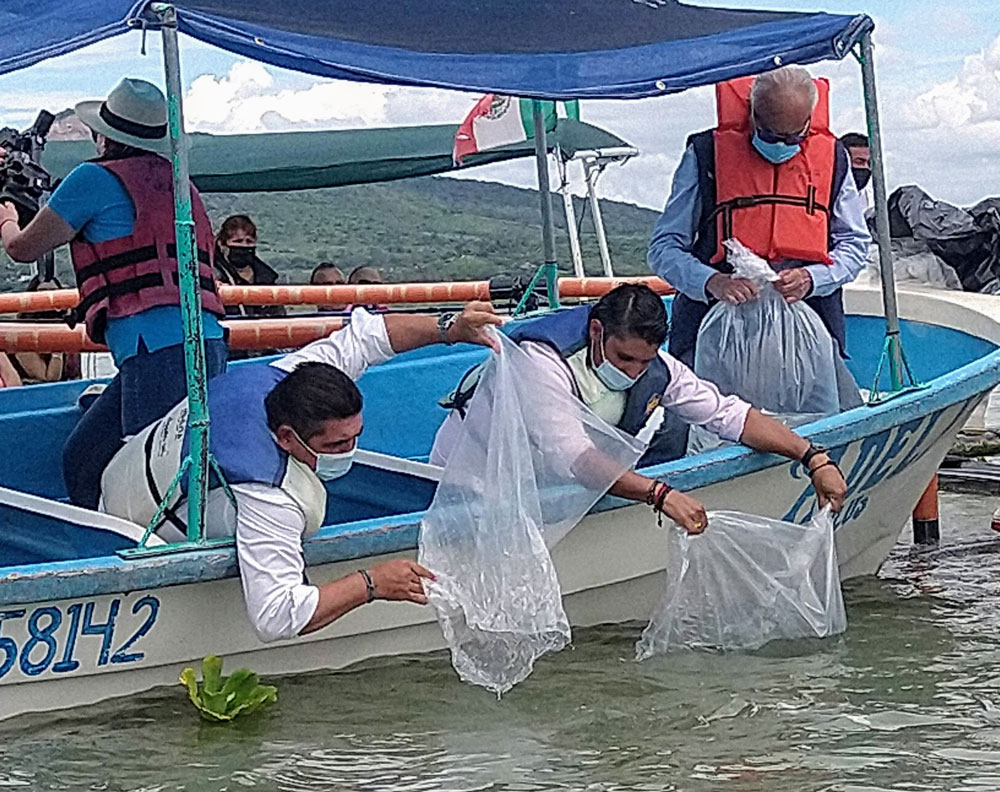 Unique to Lake Chapala, the species Chirostoma promelas has become endangered and practically extinct in its native habitat, threatened by factors such as pollution, adverse fishing practices and the predatory habits of tilapia and bass, non-native carnivorous species that have been introduced over time. It has only survived through a reproduction and cultivation program carried out at the state-operated Centro Acuícola located on the south shore at Tizapán El Alto.

Once abundant in the lake, the annual catch of pescado blanco (blacknose silverside) plunged from 113 tons in 1983 to zero since 1990. A mission to preserve the species has been underway at Tizapan’s Aquaculture Center for four decades. After years of experimentation and controlled reproduction, the project has advanced significantly since 2014, to the point that enough live specimens have developed to a viable stage appropriate for introduction into the lake.