A man being questioned by officials at the prison-courthouse complex in Chapala made a daring dash for freedom Thursday, albeit to no avail.

The man in custody was giving a statement to officials when he grabbed a cutter from the female agent’s small bag, ran out of the office together with the chair to which one of his hands was handcuffed,. He then used the chair to smash a window in the lobby area of the courthouse, jump out and make a dash to the guard post at the entry to the complex. 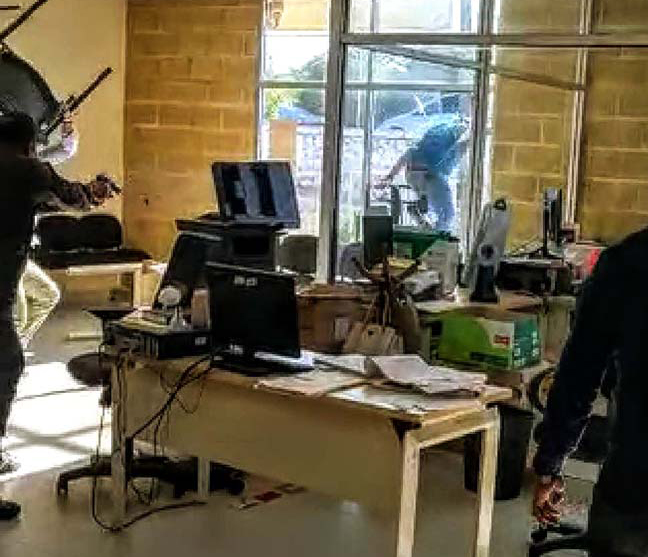 A police officer fired shots at him as he ran off, seeming to aim at his legs or feet, but missed the mark. Perhaps impeded by the chair he was obliged to carry, the man was apprehended at the guard post, and smartly escorted back into the building.   Video clips of three episodes of the incident went viral on social media on Thursday.