Hector Hernández Valle, the ballet instructor whose brilliant coaching catapulted his two sons into the international limelight, has become the mentor for the classic dance program at Ajijic’s Auditorio de la Ribera.

Under his guidance, the focus of the ballet classes has shifted from providing local youth with a cultural pastime to focusing on the formation of students seriously interested in pursuing professional dance careers. 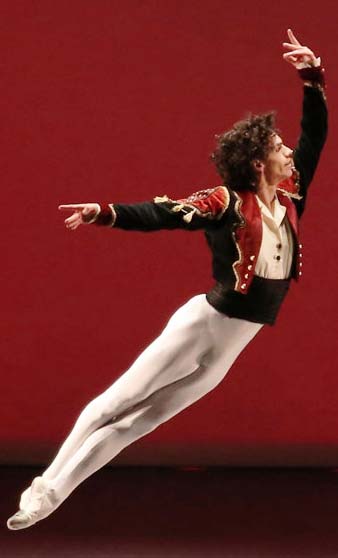 Hector is the father of Isaac Hernandez, the child prodigy – now aged 25 – whose meteoric rise to world fame recently clinched him a place as lead principal with the English National Ballet. Younger brother Esteban, 21, is following in his footsteps, currently shining as a member in the corps of California’s prestigious San Francisco Ballet.

Born and raised in Guadalajara, the two boy dance wonders mastered basic ballet techniques at an early age under their father’s tutelage.  Both went on to capture major awards, train at top academies, and eventually land top jobs in the professional dance world.

Meanwhile, their dad has maintained his status as one of Mexico’s most distinguished dance instructors. He is the founder of Releve, A.C, a non-profit association that runs a center dedicated to teaching and promoting classical dance and also branches out into social service, such as setting up a thriving free ballet school operated under the auspices of the Tlajomulco municipal government with a roster of 300 students and 900 on the waiting list.

Three months ago, the elder Hernandez assumed supervision of the Auditorio’s long-standing ballet instruction program. He named colleague Yoko van Riejsen to take charge of classes for students age 10 and up, with local dancer Priscila Zepeda staying on board to teach younger kids aged five to nine.

To close out the season, the budding dancers are getting ready for a full blown recital to be presented on the auditorium stage Sunday, June 28, noon. The program will feature sequences from La Bayadère, The Nutcracker, Don Quijote and several other renowned ballets, including appearances by students from Ajijic’s new sister schools. Tickets for the show, priced at 40 pesos, will be available at the box office.