While the word senderismo translates to “hiking” in English, I think it doesn’t come close to capturing the romanticism, idealism and emotionalism in the Spanish term. 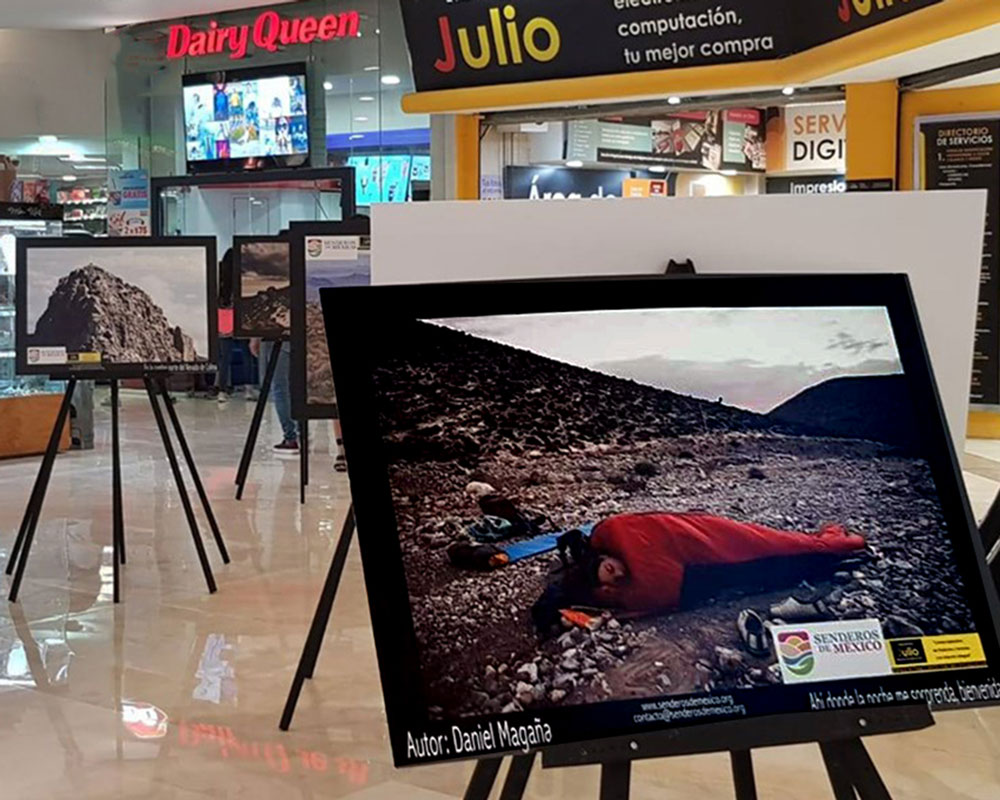 This, of course, is because hiking isn’t an “ism” at all.

To help you grasp all the subtleties of true senderismo, here comes a suggestion that doesn’t require you to leave the comfortable confines of the big city at all. No, this time I’d like to send you over to the Plaza Patria shopping mall in Guadalajara to check out a photo exhibition titled “Mirar para Caminar,” which I might loosely translate as, “just looking will soon get you walking.”

Here you will find on display a collection of 40 large-format color photographs celebrating the fifth anniversary of an organization called Senderos de México, which was founded for the purpose of identifying, rehabilitating and signposting well-established – in some cases ancient – trails which are now “endangered,” in the sense that they are slowly disappearing from lack of use.

“These photos were chosen from among 1,000 pictures, mostly taken by members of a well-established senderismo group called La Secta Volcánica,” I was told by Ana García de Alba of Sendero

Secta Volcánica members love to hike and especially explore. They go mostly to places in Jalisco, but also organize hikes to other states and abroad. Each month they have salidas at three levels of difficulty, from family outings to serious mountain climbing. It’s a wholesome group with mucha convivencia, lots of walking and bucolic overnights with tents and a campfire.

“This is a low-key group of friends without any web page,” said García de Alba “And the photos reflect this. Most of them have no name attached because the photographers prefer to remain anonymous.”

García said they selected the photos not only to show trails, but also to include flora, fauna and “people who are living el senderismo … through these photos we have tried to form a nice overall picture of what senderismo is all about.”

As an example, García referred me to a photo of a man dressed in native attire, all in white, walking along a wide trail. 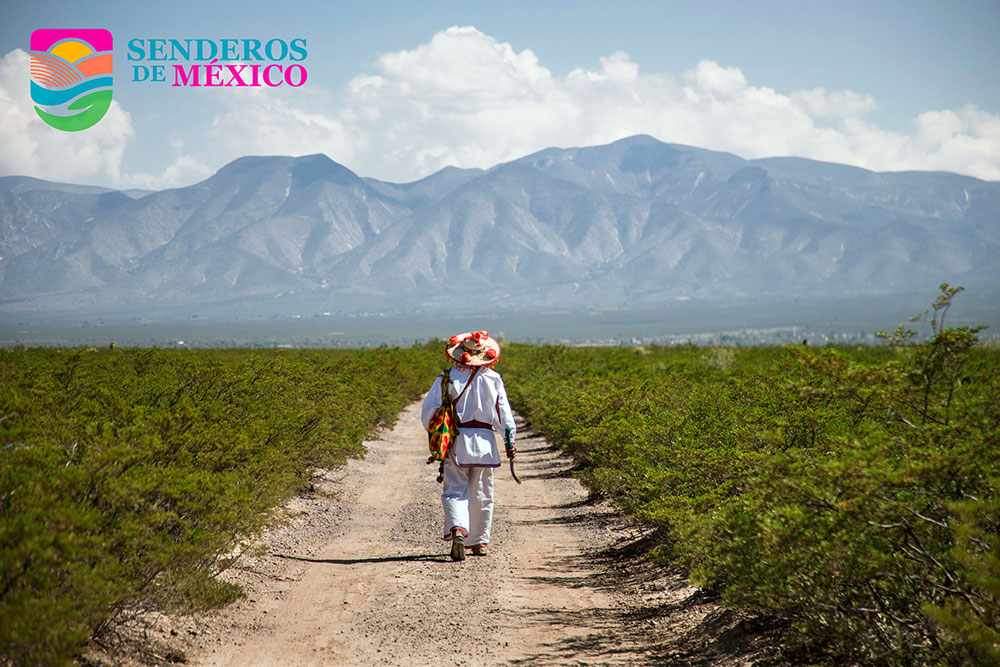 “This man is a Huichol from the Sierra Wixárika. When Secta Volcánica went to this area, they asked the Carrillo family to be their guides for a series of visits which took place yearly during Semana Santa, each involving six or seven days of walking. And the person in this photo was the guide for all this.”

Intrigued, I later asked Susan Street, an expat member of Secta Volcánica, to comment on the same photo. Instead of just commenting, she brought me a book published by Secta Volcánica called “Vámonos de Excursión,” celebrating their tenth anniversary. Its 277 pages are filled with several thousand photos and many fascinating trip reports.

“I participated in one of those excursions to Wixárika territory some years ago,” Street told me. “It turned out to be a truly unforgettable experience. In fact, as you can see here in the book, under Escapades for 2006, it is referred to as ‘That trip where we were all thrown into jail in the Sierra Huichola.”

Street elaborated: “We flew in a small plane to a place called San Andrés Cohamiata where we met the man you see in this picture, our ever-smiling guide, whose name I won’t mention lest I offend indigenous customs. He wore his traditional clothing, including huaraches and carried all his gear in a morral throughout all the days and nights we were hiking and camping. Well, we walked and walked, passing small shrines called ririki, which were dedicated to minor deities but looked a bit like dollhouses, with entrances about a meter high and all filled with offerings, such as eyes of God, deer horns, feathers, candles, etcetera. 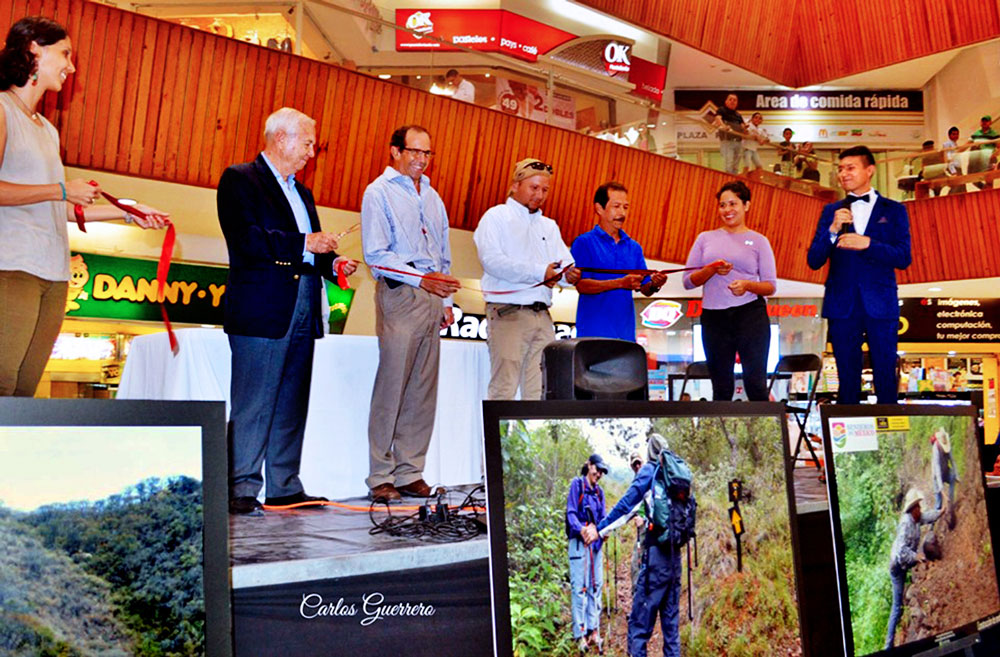 “Finally, we arrived at a place called Santa Catarina where supposedly our guide had arranged for us to be welcomed and given shelter. But something went wrong. Our guide had gone on ahead to meet with the tatohuani (governor) and when we reached the plaza of Santa Catarina, we just plunked down our mochilas and were relaxing and taking pictures of some children there, when who walks up to us but the tatohuani himself, who, for some reason, had not seen our guide at all.

“After interrogating us, the governor declared that we had no authorization to be there and he was putting us under arrest – and he also confiscated the camera he had seen in use.

“This was, as a member of our group, Felipe Guerra put it, ‘the best jail a prisoner could ever have dreamed of, as it had a roof of beautiful stars and no walls whatsoever.’

“Eventually, our guide appeared and a lot of talking took place, during which we got to know the local people. In the end – after making us pay a fine – they declared that we were no longer under arrest and they put us up for the night as originally planned.”

If all this was triggered by just one photo, imagine how many memories must be encapsulated in this collection of 40 photos!

The photographs will remain on display in the main esplanade of Plaza Patria, daily from 11 a.m. to 8 p.m., until August 8 when one of them will be raffled off.  For more information, see the Senderos de México Facebook page.