Six passengers involved in a hair-raising two-car crash on the Chapala Libramiento bypass were rescued without major injuries by local first responders. 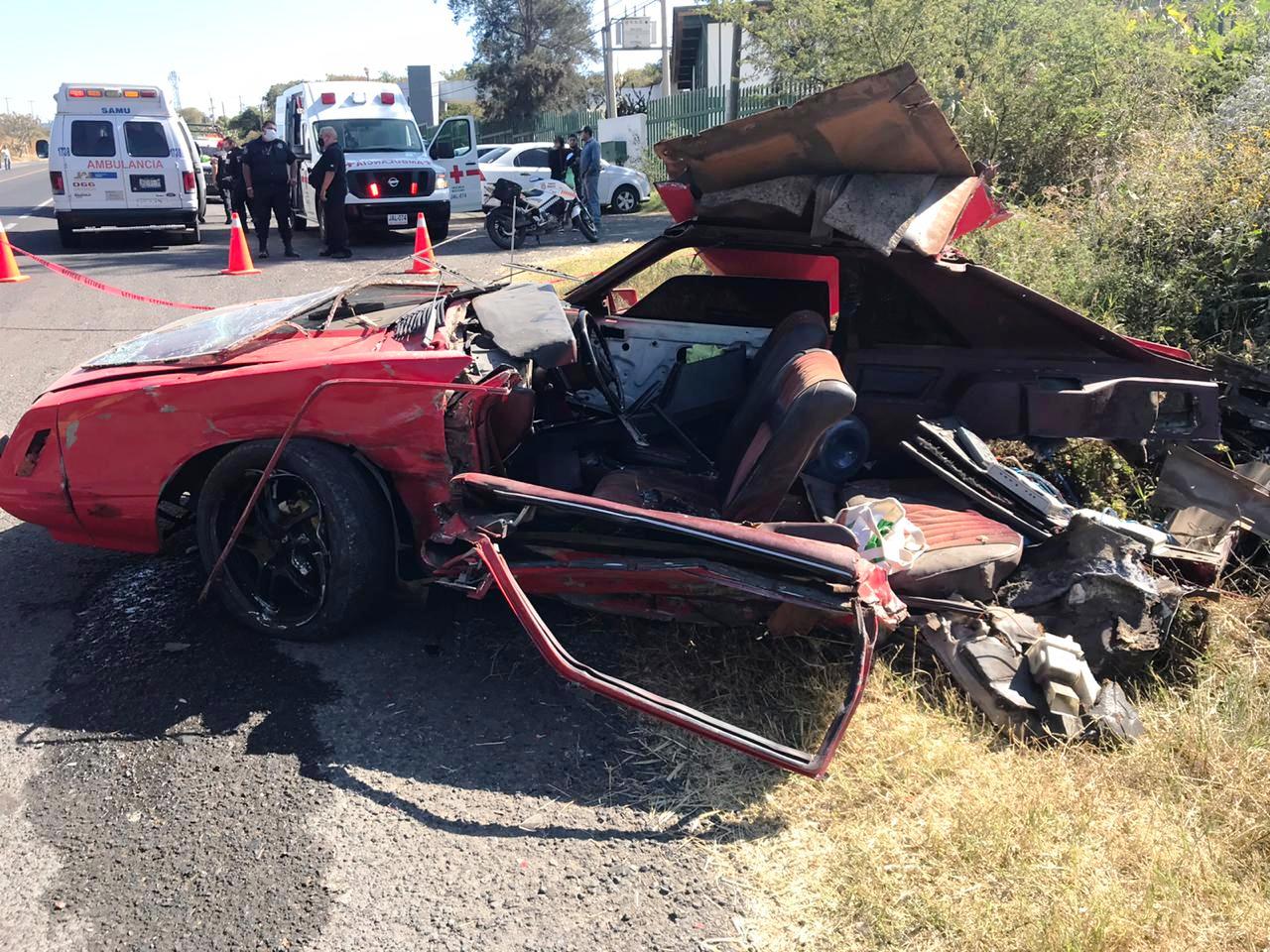 The collision between a silver Honda Accord and a red Mustang occurred on the morning of Monday November 23 in the vicinity of the Conalep high school and headquarters of the Civil Protection-Fire Department (PCyB) unit.

The PCyB rescue team arrived promptly at the scene to attend to the two drivers and their passengers in the twisted wreckage.

The driver of the Mustang was trapped behind the wheel and had to be extracted with a “Jaws of Life” apparatus. Three minors riding in the back seat of that car and two adults from the Honda were transported to the Cruz Roja clinic for medical evaluation. One child was patched up for a fractured wrist, while the rest suffered only bumps, bruises and emotional trauma.

PCyB staff subsequently reported that the Honda driver appeared to be at fault for the accident by crossing the yellow line in an attempt to pass another vehicle traveling in the southbound lane, thereby slamming into the driver’s side of the Mustang headed in the opposite direction.