A striking photograph of a Peruvian anchovy fisherman by Ernesto Benavides is juxtaposed against street life in the central walkway of Avenida Chapultepec in Guadalajara.

The photo is one of the series “El Pais que Imaginamos” (The Country that We Imagine), celebrating the bicentennial of Peru’s independence this year. 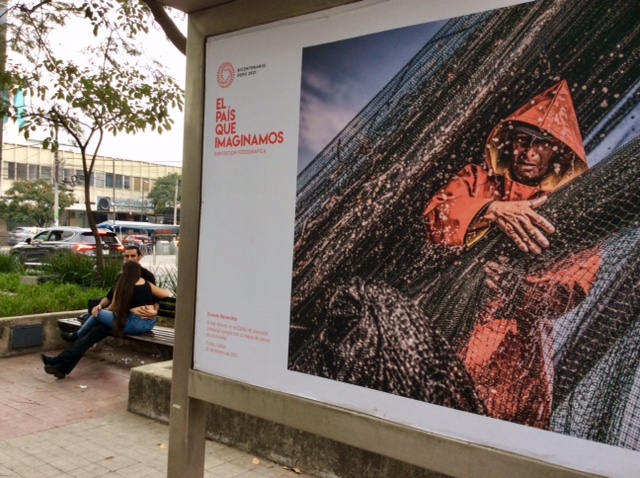 Peru was the invited country at the 35th Feria Internacional del Libro de Guadalajara (FIL), which ended on December 5. The open-air photo exhibit on Chapultepec shows until January 22.