Allyn Hunt, former owner and editor of  this newspaper died February 3, 2022. The Reporter will be republishing a month-long series of his columns, covering some of his favorite topics. 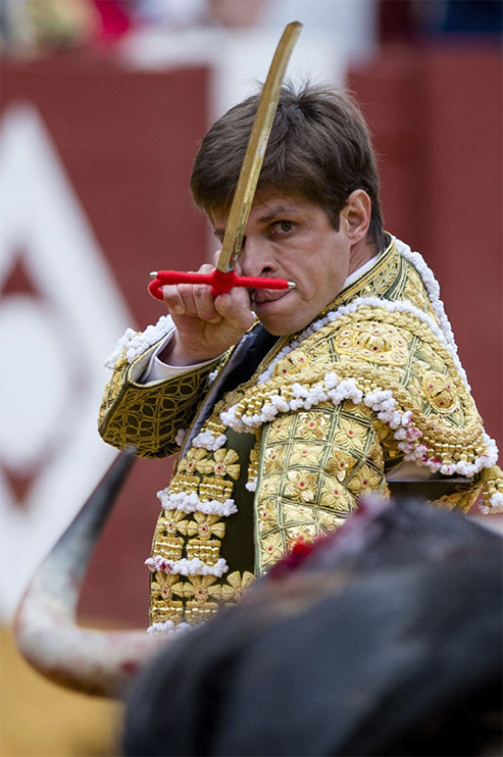 On Hispanic calendars, August 1 is Novillero Day, a decidedly politically incorrect moment of celebration that has 500 years of history behind it. Spanish conquistadors brought the bullfight—La Fiesta Brava —to the New World. The first recorded mention of bullfighting in Mexico appeared in a 1526 letter from Hernan Cortez to Spanish King Carlos V.

The noun novillero comes from the Spanish term, novillo, indicating a young fighting bulld, three to four years old, weighing about 400 kilos. A novillero is one who fights young bulls, a fighter of bulls who has not yet attained his “doctorate” in the art of tauromachy and been awarded the title of full-fledged torero.

A north-of-the-border analogy is a preliminary-event boxer whose manager understands his man isn’t yet ready for more seasoned, more deadly, main-event opponents.

My contemporaries and I were reared in a culture (during and immediately following WWII) that prized boxers such as Jack Dempsey, Joe Lewis, Rocky Graziano, Rocky Maricano, writer-archeologist-soldier T.E. Lawrence, climber George Leigh Mallory, author Ernest Hemingway, rough-stock rodeo champion Casey Tibbs, and other tough-willed existentialists determined to wrest meaning from a dangerous and absurd world through risk.