I have been putting off a knee replacement surgery for at least four years. And for longer, I suffered with pain that gave me the gait and posture of an early bipedal species newly descended from the tree.

So just like any evolving bipedal, I said to myself, “What if I could look up while walking and see the stars again, and even hop over broken sidewalks. Certainly, many friends, practitioners and even some strangers on the street told me I needed to replace, repair or reconstruct  my knees. Politely, friends said that nobody wants to play tennis with you anymore and your dancing looks like you’re deaf and favoring a shrapnel wound.

I still held out, pretending to decide which kind of surgery was right for me. I was told this  deliberation process was a good one, but one you should make before you die.

I finally did. I chose to have my knees replaced. In a twist to the plot, my orthopedist, after looking at my sixth set of x-rays, told me I didn’t need a knee replacement. I only needed to have some ligaments snipped to relieve osteoarthritic pressure on my patella. (I like to refer to knee parts by their classier medical terms. I could have said kneecap, but it’s a favorite mob expression.) 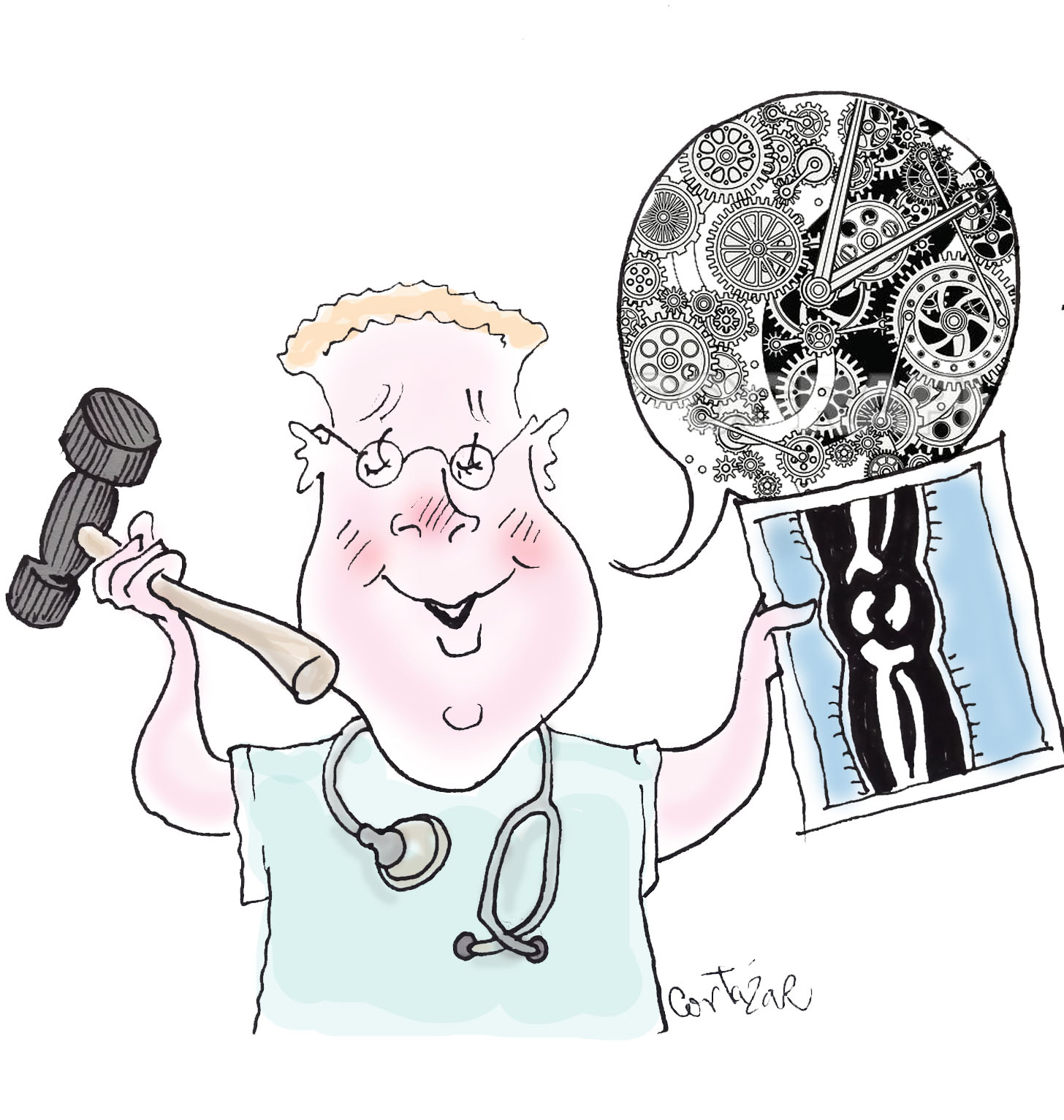