After more than 35 years living, loving and feeding Lakeside, I think I may have become somewhat jaded as many old timers are here, complaining about all the newbies moving in and changing our quiet beautiful little Mexican village into something we didn’t really want. 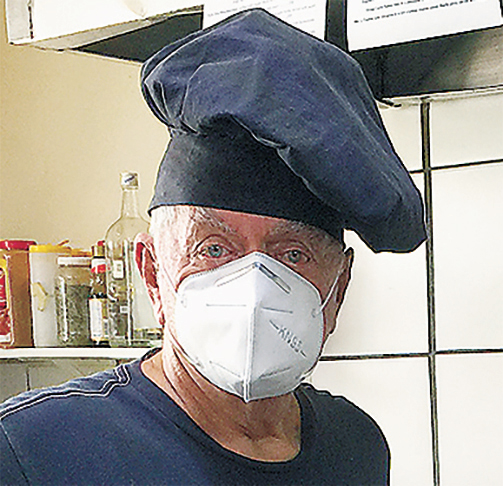 Well, back in the ‘80s we north-of-the-border expats who actually knew each other — not always in a neighborly way — were all somewhat different. Lakeside in those days was as close to Heaven as possible. Today, as the entire world has exploded and small villages with good facilities almost are nonexistent, we still live in a corner of the world very close to Heaven.

This proceeds my undying thanks to the response of my many Lakeside friends of all these years, who are just lucky enough to have found the most perfect retirement community on earth.

As many know, I have been fighting cancer for the past seven years. A few years back I sold my famous Roberto’s Restaurant.

After first the round of chemo treatments, I opened Bobby’s Terraza and then closed it within a short time.

Most recently, after the second round of treatments, I opened Restaurante Escondido.

I was told in December last year, that I was in complete remission. I was crazy enough to want one more restaurant at 80 years old. Many who know me were not surprised that I was working on a new project within weeks of my remission.

In February, I had a scan and was told that my cancer had moved to areas that couldn’t be stopped by chemo. I was offered a new non-invasive treatment still in experimental stages, but which has shown great results.

Unfortunately, such new treatments are expensive. I decided that it was not in the cards for me because of my age and lack of funds. My medical bills have kind of wiped me out the past few years.

I never imagined there were so many kind, generous people around me that still wanted to see my smile and hear my personal adventures and lousy jokes. Fundraisers were organized and donations came in — from $US10 to $US1,000 — and I cried and  cried. I now have the funds to start treatment next Monday in Guadalajara. I have a whole new faith in being well again, even at 80-plus.

I owe all of this to the natural caring of good people. Yes, Lakeside has changed, but heartfelt caring for other human beings, has not. Most people do care about other people. I love you all.