Guadalajara city leaders will surely roll out the red carpet and bestow accolades on Formula One driver Sergio “Checo” Perez and boxer Saul “Canelo” Alvarez when the two 31-year-olds return to their hometown after setting new, historic records last weekend. 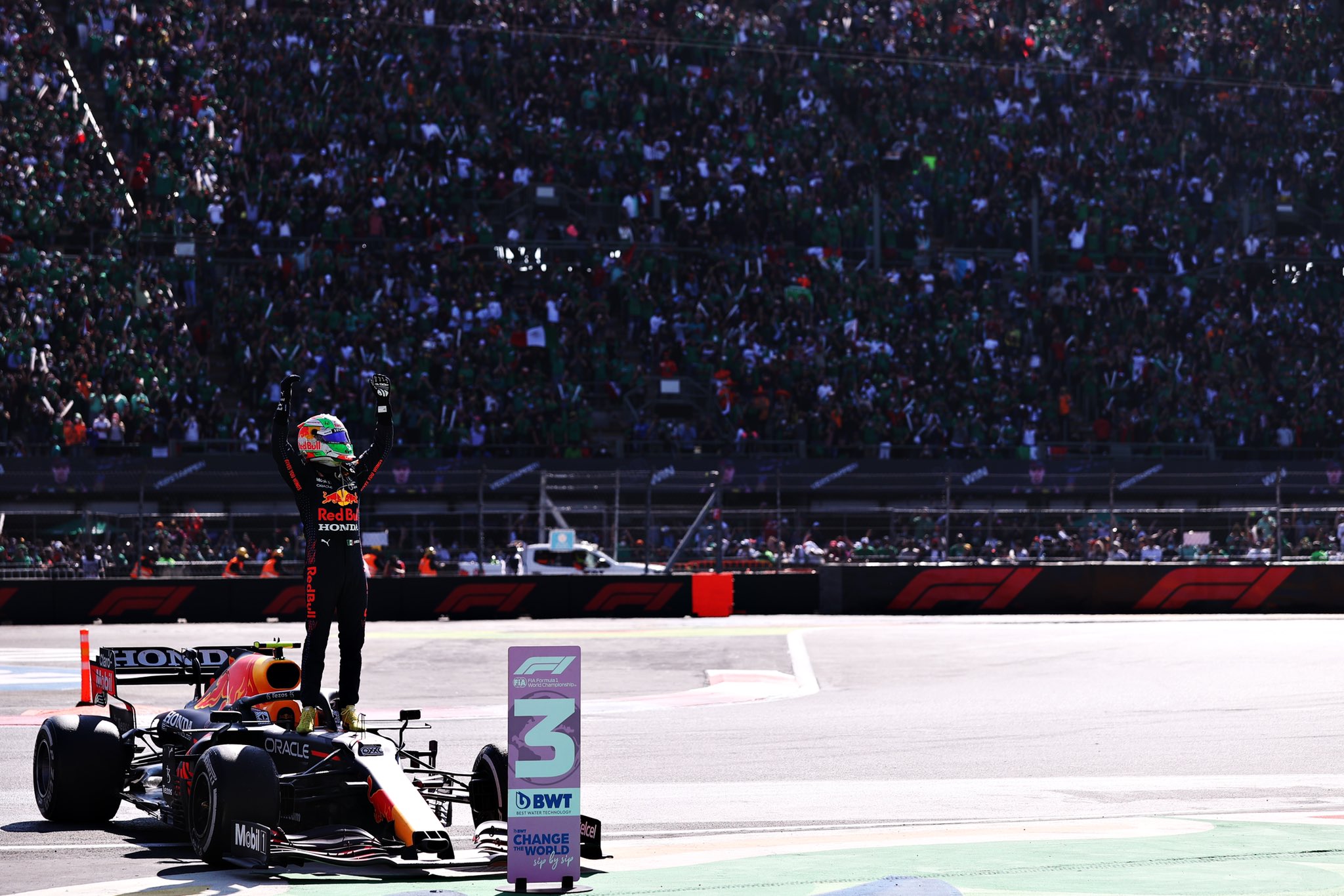 Perez became the first Mexican to stand on the podium at his home F1 race, after finishing in third place at the Mexico City Grand Prix last weekend. Roared on by a crowd of 110,000, the Tapatio driver at one point led the race, when his Red Bull teammate Jan Verstappen and world champion Lewis Hamilton made pit stops.  Verstappen and Hamilton went on to finish first and second, but Perez garnered the loudest cheers when he stepped on the podium to receive his third-place trophy.

Although Perez had never previously finished higher than seventh at his home Grand Prix, this was the first time he was racing in a car that was capable of winning.