Jalisco Governor Enrique Alfaro ventured out Thursday, November for an extensive tour of lakeside communities to review public works projects in progress and dole out government benefits to hundreds of constituents. 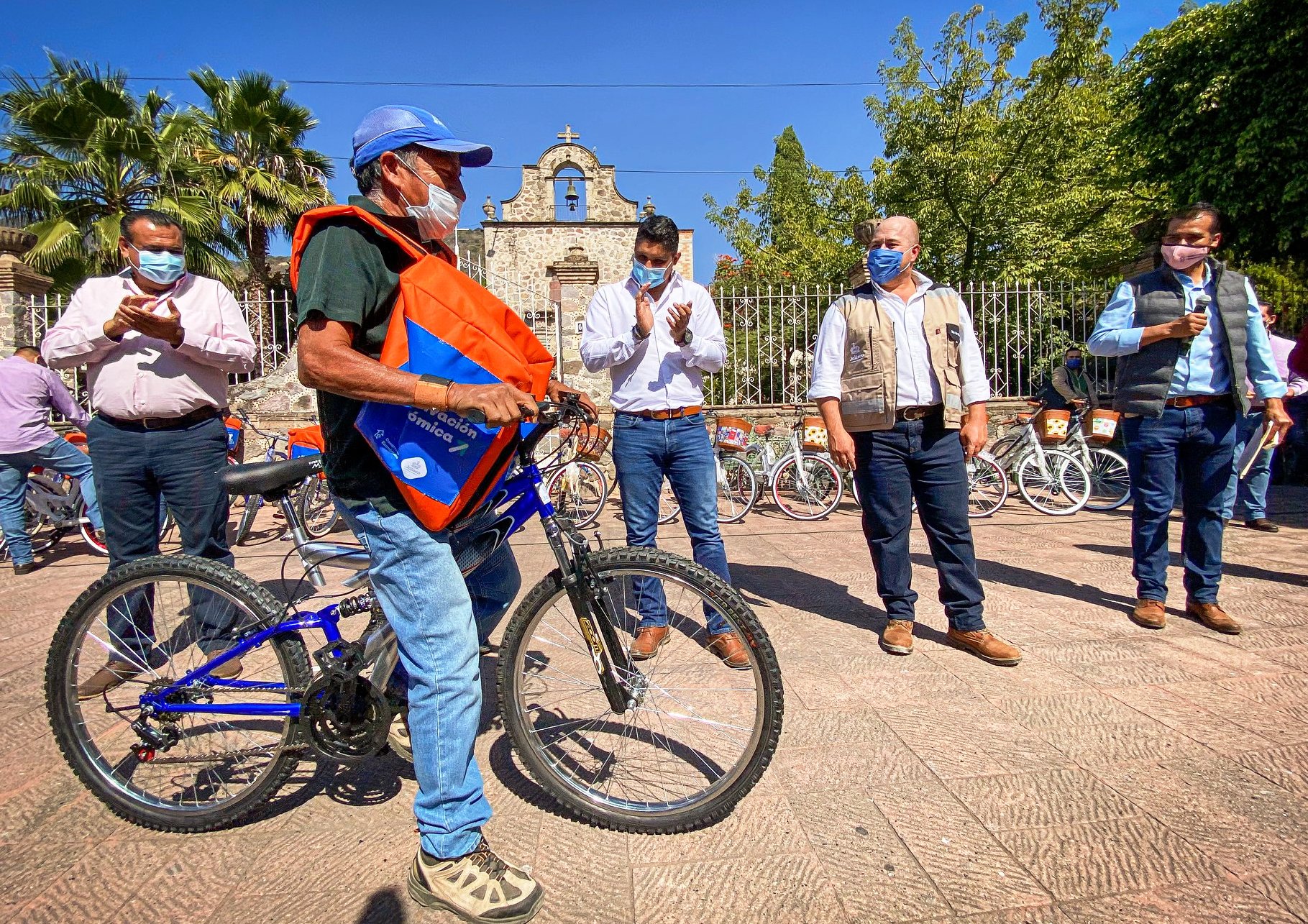 His destinations included Chapala, Ajijic, San Juan Cosalá, Chantepec and Jocotepec, before continuing over to the south shore at San Cristobal Zapotitlán and Tuxcueca.

Alfaro started off in Chapala, where, accompanied by Mayor Moisés Anaya, he kicked off the rehabilitation of  Prolongación Lázaro Cárdenas that will become a major thoroughfare connecting five neighborhoods to the Libramiento bypass.

His next stop was Ajijic, where he announced a 3.5-million-peso investment to overhaul the north corridor of the town plaza, and handed out 300 welfare grants to local merchants. These included bicycles for merchandise deliveries and financial stimuli drawn from the Reactiva program designed to boost recovery from the economic downturn caused by the Covid-19 pandemic.

While there he let the cat out of the bag on Ajijic’s designation as a Pueblo Mágico, five days before it was officially announced by federal tourism authorities.