There were no high-wire trapeze acts or tigers jumping through flaming hoops, but the performances brought to the Chapala area this week by Family Circus on the Road have been surefire crowd pleasers that generate lots of laughter and stress relief from the long months of the pandemic. 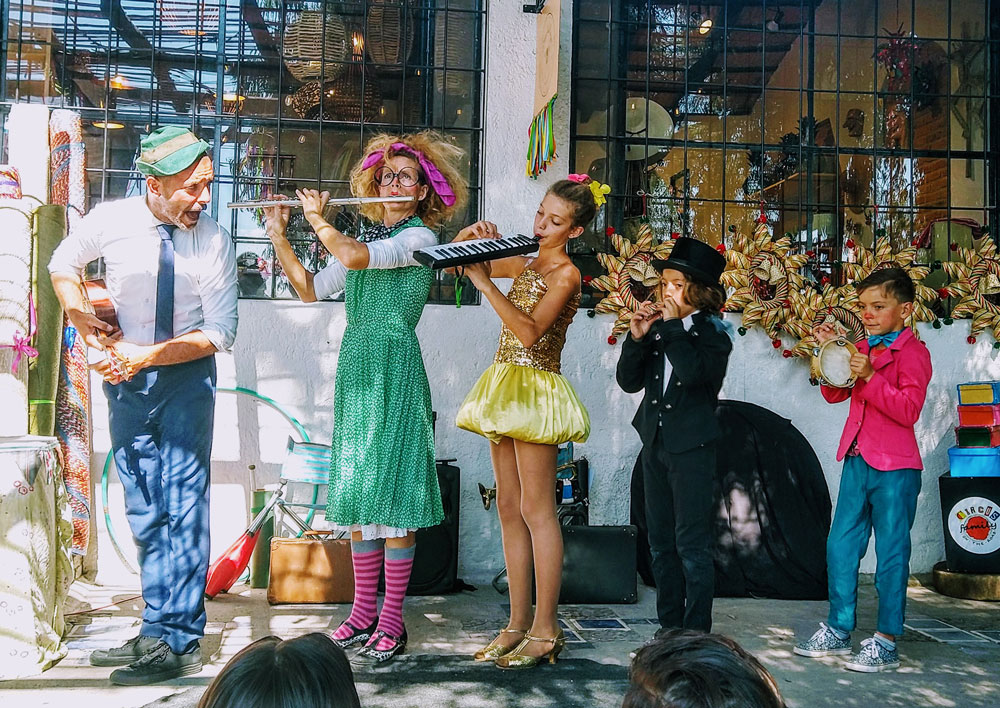 The tiny troupe is made up of a Spanish couple and their three children who have been traveling the globe in a small motor home, stopping at towns along the way to entertain kids and adults with a few simple props, bits of upbeat music and a variety of polished comic routines. They rolled into Chapala with little prior notice after touring through the state of Michoacán, where they made the acquaintance of a pair of Ajijic shopkeepers, who encouraged them to put Lakeside on their itinerary.

After putting on two shows in Ajijic and one in Atotonilquillo earlier in the week, Family Circus closes its local schedule with an appearance Friday, December 3, at the plaza in San Antonio Tlayacapan and a final performance Saturday, December 4, at the eastern leg of the Chapala Malecón. Showtime is set for 5 p.m. on booth dates.

The fast-paced program includes juggling, clowning, magic tricks and a quick costume change act – all mixed in with a heavy dose of slapstick.

There is no charge for admission, but tips dropped into the hat are gratefully accepted to support the family’s ongoing world adventure.