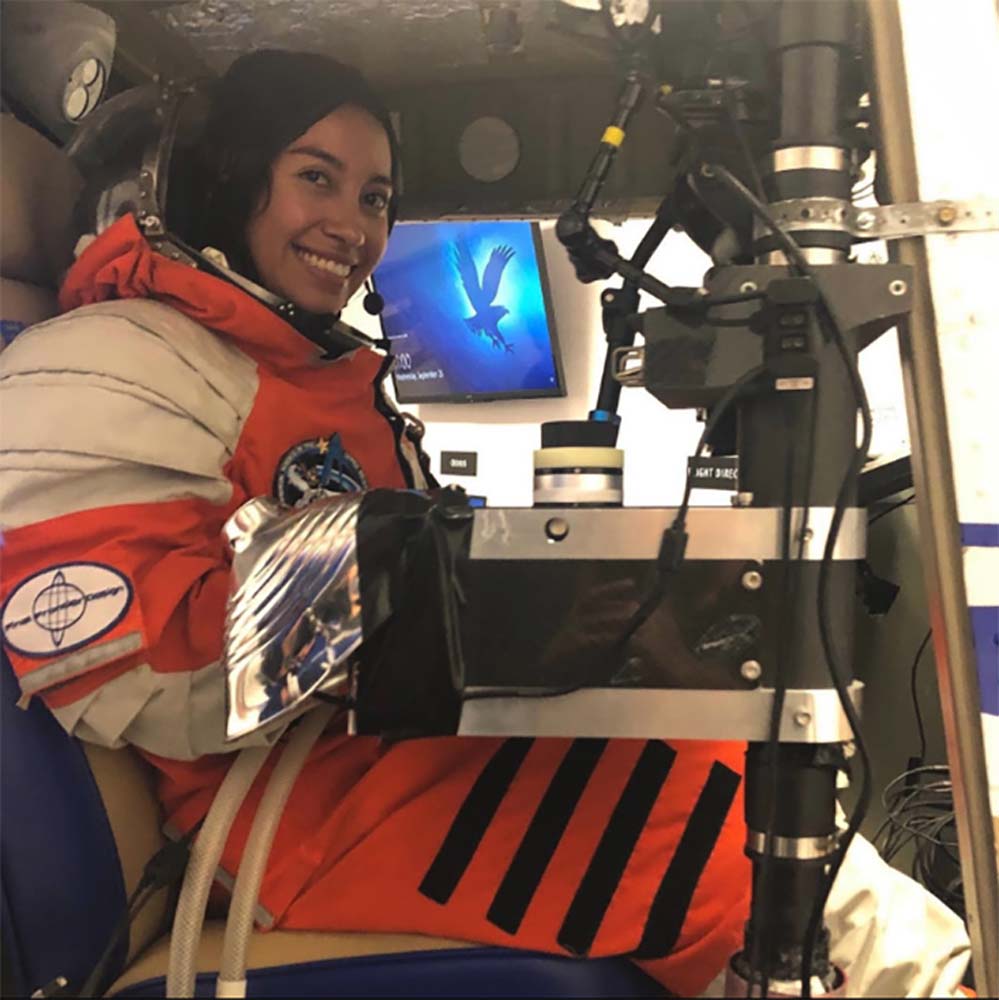 The event is directed by Chapala’s municipal government.

Echazarneta, an electrical and computer engineer and online science educator, was selected from more than 7,000 applicants from over 100 countries to be Space For Humanity’s first “Citizen Astronaut Ambassador.”

Non-profit Space For Humanity’s Citizen Astronaut Program offers people an opportunity to go to space and experience the Overview Effect: the cognitive shift in awareness that occurs when a human being looks down on the Earth from space.

The rocket blasted off from the Blue Origin spaceport at Corn Ranch north of Van Horn, Texas, at 8:25 a.m. CDT. After reaching an altitude of more than 60 miles, the rocket engine was cut off, the crew capsule separated from the booster, and parachutes deployed as it drifted back to into the earth’s atmosphere for safe landing on the dessert floor a few miles from the launch pad. The entire flight lasted 10 minutes and five seconds.

Following her historic space flight the 26-year-old astronaut expressed her sentiments on Twitter. “Every time I try to sleep, I keep seeing Earth. The curvature, the colors, the clouds … it’s changed my outlook on life,” she mused.