Dorothy Hicks, 94, died peacefully in Ajijic on February 8 at the home of her eldest daughter, Dawn Radel. 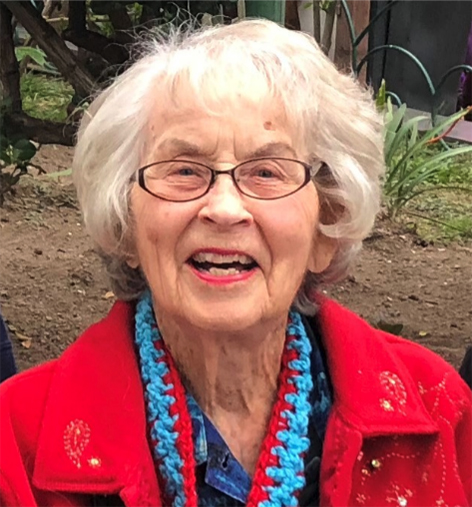 Born in House, New Mexico, Dorothy spent her formative years on farms around Olustee and Martha, Oklahoma. Growing up during the Great Depression and World War II, she learned early in life to work hard and love her family. Dorothy graduated from Victory High School in 1943 and from Southwestern Tech in Weatherford in 1947. It was at Southwestern Tech that Dorothy met her future husband, J.C. Hicks, whom she married in November 1947, and with whom she raised three children, Dawn, Wren, and Barry in Altus, Oklahoma.

With so many men away at war in the late 1940s, Dorothy was called upon early in 1945 to teach. While teaching at Martha High School, Dorothy was recruited for the first class of Oklahoma teachers to attend training in computer science, learning Fortran and computer coding and programming, ultimately earning her master’s degree and changing the course of her career and life. She finished her teaching career at Cameron University in Lawton, where she retired in 1988.

For the first 25 years of her retirement, Dorothy volunteered much of her time to the Lawton Senior Citizen Center, serving meals and spreading joy, and at the Comanche County Memorial Hospital assisting visitors and the families of patients.

Dorothy is survived by her sister Doris Eilderts and brother-in-law Bob, brother Jerry Cox, loving children, Dawn Radel, Wren Stenger and son-in-law Tom, and Barry Hicks, and her only grandson, Shane Stenger, whom she adored.

Dorothy was cheerful and spread happiness everyplace she went.