In the 1967 classic “In the Heat of the Night,” the late Sidney Poitier broke new ground with this remarkable film. It tackled racism head-on during a summer in which there were over 150 race riots in the U.S.

The movie portrays a tough, edgy Southern town filled with contempt for blacks—and the serendipitous appearance of a black detective who is falsely accused of murder, then assigned to help the racist police chief solve it. It’s a task both men despise. There is no conversion here—but there is acceptance.

Poitier said he’d do the film only when the director agreed that after being slapped by a white man, he could slap him back—and that the scene would remain wherever the movie played.  White audiences were stunned. Blacks cheered. 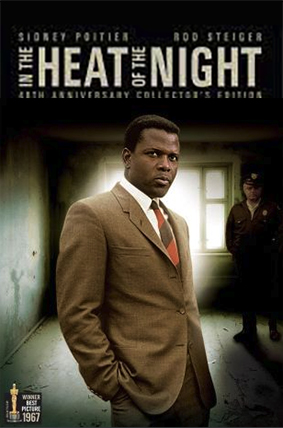 “In the Heat of the Night” (110 minutes) screens Sunday, April 3, 1:30 p.m. at Cinemagic in Plaza Bugambilias in Ajijic. Tickets: 150 pesos. Mask and proof of vaccination required; all COVID protocols followed.