The Orquesta Filarmónica de Jalisco (OFJ) may be on vacation until mid-August, but there is no rest for its newly appointed General Manager Jose Isidoro Ramos. 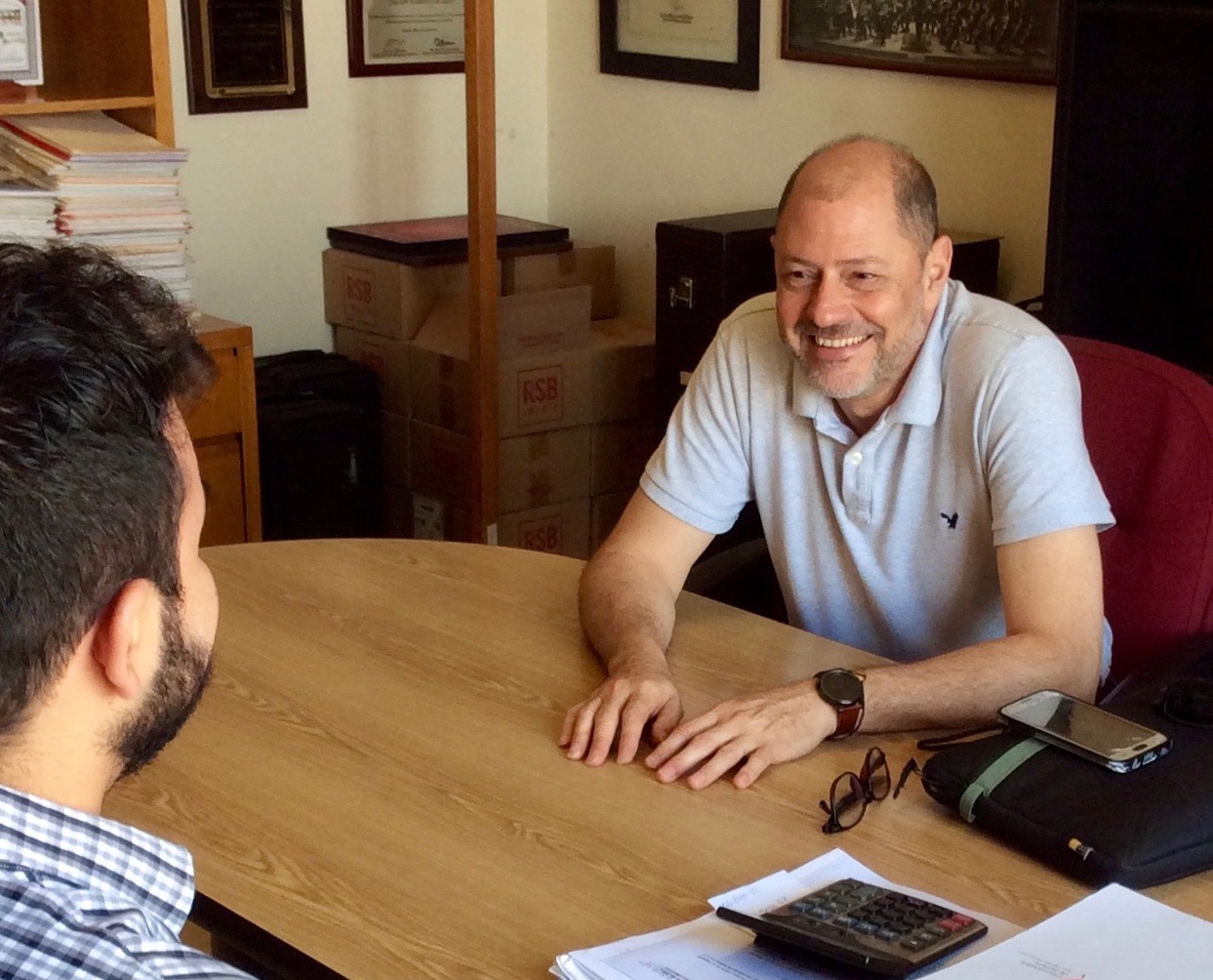 Interviewed in June in these pages about his plans as artistic manager for the OFJ, Isidoro now notes that his promotion was “in some ways a surprise,” and adds that “it’s an amazing challenge, although not the first—it’s the seventh,” referring to six earlier positions. His prior jobs with similar responsibilities included the Orquesta de Cámara de Bellas Artes in Mexico City and the Orquesta Sinfónica de la Universidad Autónoma de Nuevo Leon.

The congenial Isidoro, who was born in Mexico City, is an accomplished classical guitarist and is multilingual (Spanish, fluent English and “a little French and Italian”), explained that in the two positions noted above, he worked with current OFJ conductor Jesús Medina, who just began his tenure here in December.

“I know him well and we are a good team,” he emphasized.

Isidoro said his new job includes the responsibilities of the old one (as artistic manager) as well as added financial tasks inherited from outgoing General Manager Arturo Gómez Poulat, who held the position for about a decade.

“The most important and difficult challenge is to preserve the artistic level of the orchestra,” Isidoro emphasized.

He added that although the new season doesn’t officially begin until the end of October, orchestra management is busy planning the many special projects that will occupy the orchestra starting upon their imminent return from vacation.