A gamut of female artists of India have been chosen by their country to represent that multifarious nation in a show in one of midtown Guadalajara’s loveliest buildings, the University of Guadalajara’s Museum of the Arts, until February 9. 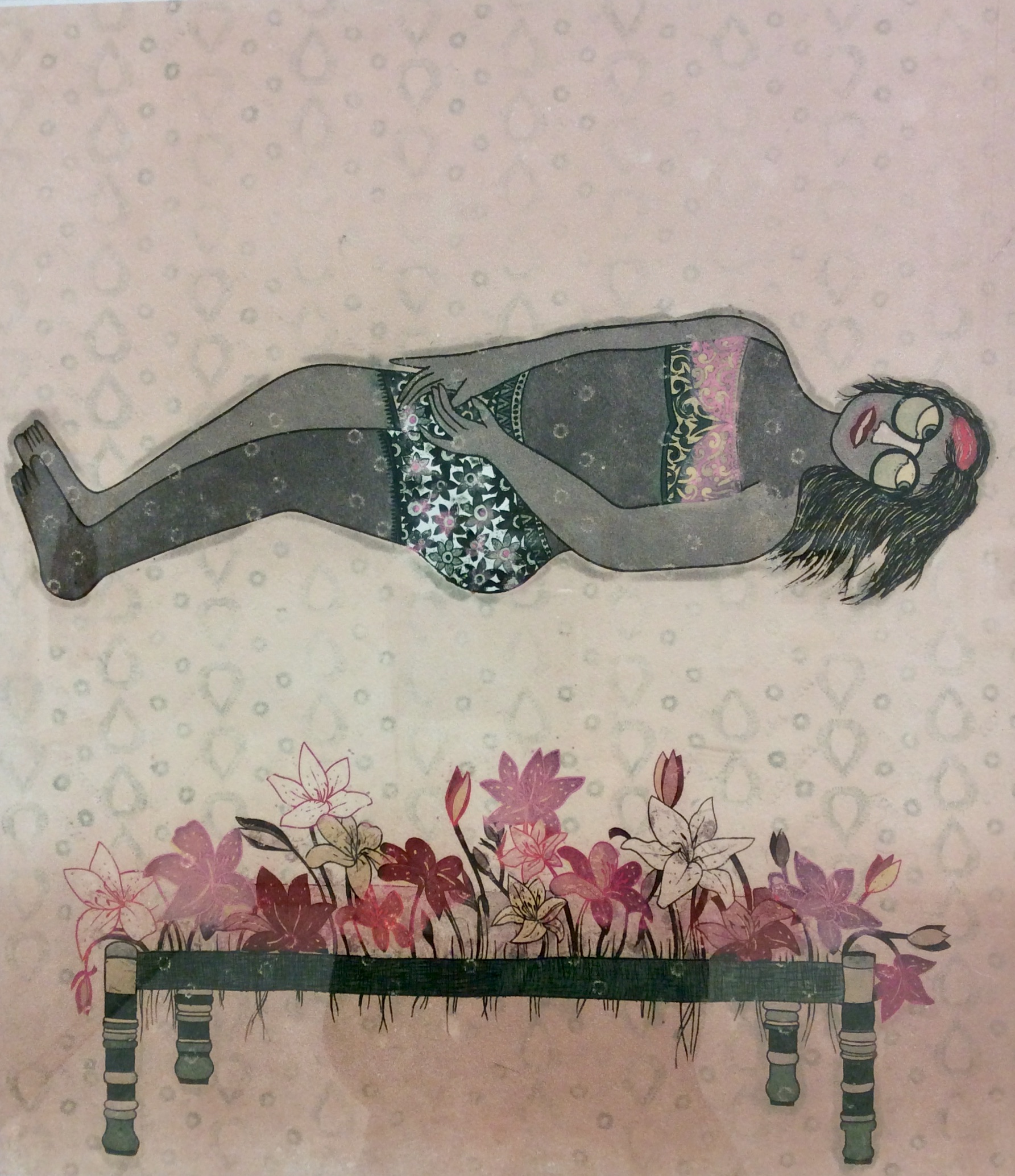 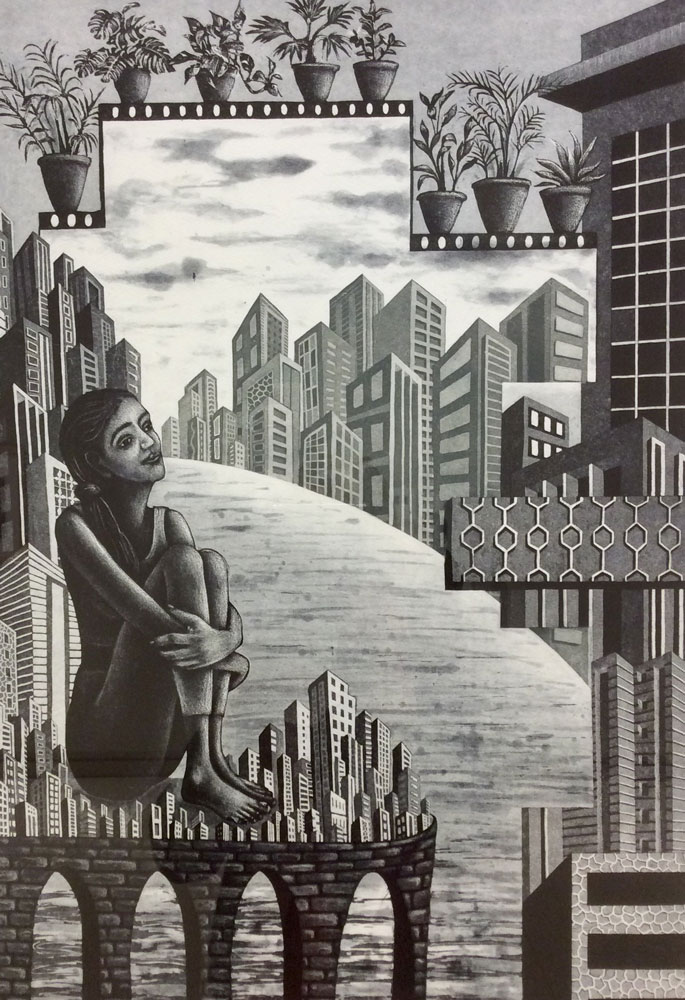 “Stree Drishti” (woman vision, in Hindi and other Indian languages), is connected with the International Book Fair, in which India is the invited country, and comprises 51 medium-size prints, which encompass virtually all the printmaking techniques known to man—and woman. Interestingly, the curator, Uttam Pacharne, comments that printmaking used to be considered too heavy-duty for women, leading me to wonder if this is due to traditional lithography, which utilizes massive pieces of limestone, or perhaps due to the intense chemicals and fumes which are part of preparation and cleaning in many printmaking methods.

As if to belie this old prejudice against women printmakers, most of the work in “Stree Drishti” was done by etching (in addition to silk-screen, wood and linoleum prints, drypoint, embossing, aquatint and others). Etching is one of the more laborious methods, requiring not only good drawing skills using a sharp instrument on a metal plate, but many more steps, including chemical baths and a massive press.

Whatever preconceptions non-Indians have about the women of India – Bollywood stars, politicians, high-tech specialists, dazzling dresses, call center workers – they are unlikely to include printmakers. So the show expands our vista on more than one level, while allowing a pleasing glimpse of the artistic vision of women from a distant country, who are seen by the hundreds in Guadalajara due to their presence in the tech sector.