Colin Maruk owned and operated Breakers Beach Bar for eight years. Suddenly, in 2018, his landlord wanted to build a new building on the property, so they came to a mutually beneficial agreement to close down the restaurant. Within a year, it was shuttered.

“I was a little saddened by this unexpected development, but I was also excited about the idea of change and new opportunities to pursue,” says Maruk. 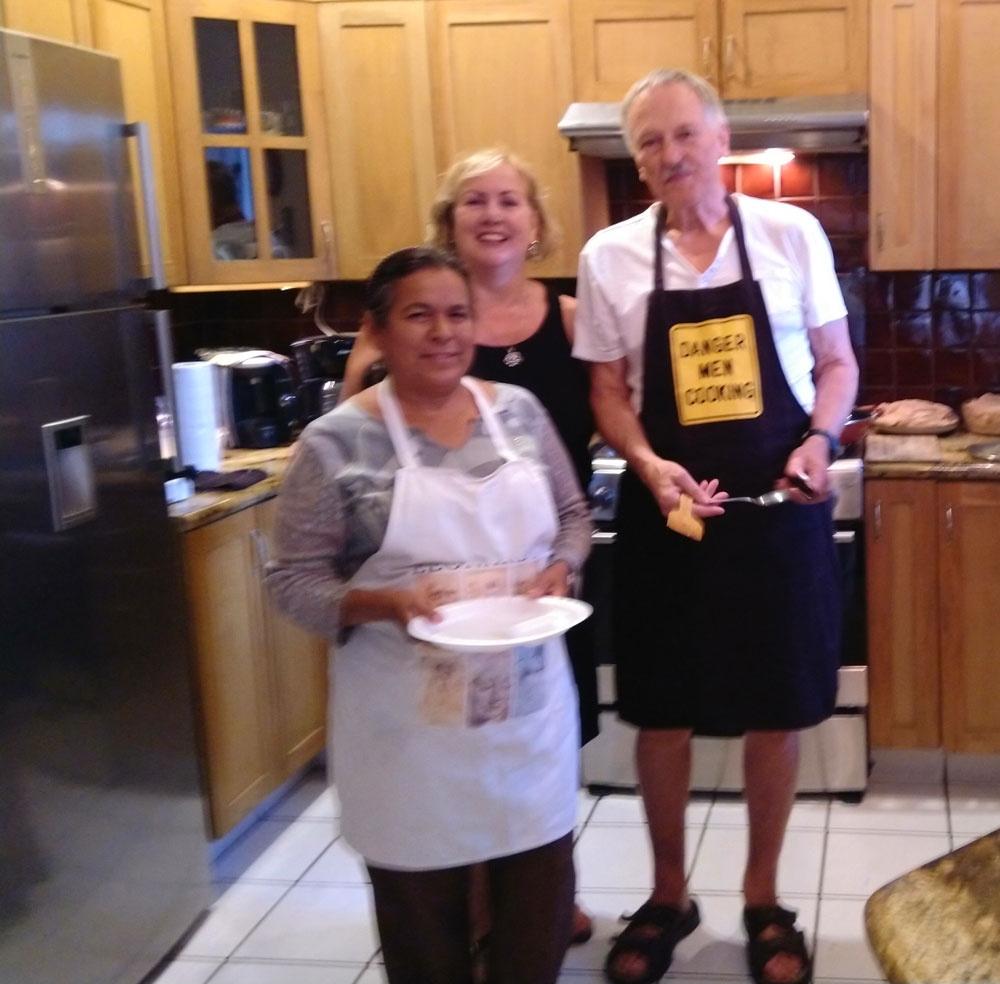 “While sitting on the beach one afternoon, when a few of my unbelievable ‘regulars’ were discussing where they would go once Breakers closed down, I joked that I would buy an old Winnebago and drive it up and down the coastline, putting out some plastic chairs, indoor/outdoor carpet and having a mobile bar wherever I wanted it.”

As silly as that idea sounded at first, it got Maruk thinking about how he could still have fun and be a part of his customers’ lives.

He recalled seeing an old converted VW combi in nearby Valle Dorado years back and thought it was a great and unique idea.

So, off to Mexico City he went, after researching a number of options online.

There, Maruk found a guy that buys and converts old combis.  And so the Canuck Truck was born.

He knew that people like to  walk around Bucerias in the mornings, so he thought that bringing down Tim Horton’s coffee from Canada and offering small cinnamon buns and sweet rolls would work, as well as offering Costco hotdogs in the late afternoon and evenings, when people are rolling out of the bars.

After a few setbacks in finding a location to park the vehicle, the Canuck Truck has settled on Lazaro Cardenas, in a long narrow driveway between Benito Juarez and Galeana.

“I am very excited about this new location because it will allow me to operate without having to move the truck. It will be great that people will always know where the truck is.”

Maruk says if readers know anyone who is looking for work, could they please make contact with him.  He says he will be running two shifts in the morning and evening, and his evening shifts will not go very late – 9:30 p.m. at the latest.  This could be a great opportunity for a student looking for part-time work. 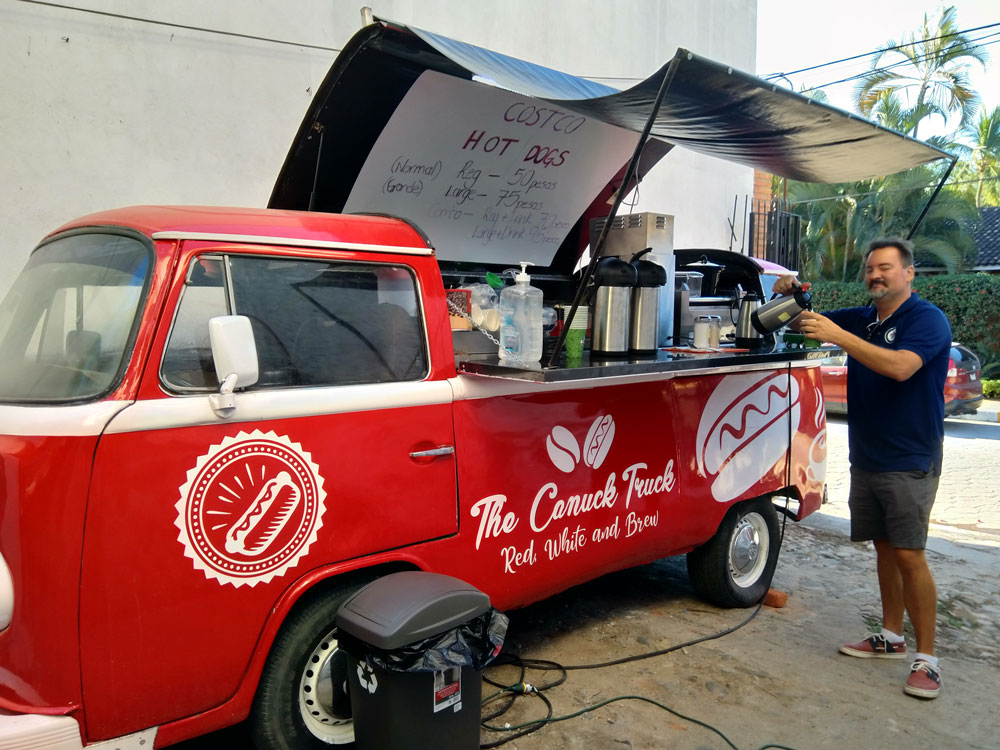 Bucerías celebrates the Our Lady of Peace Patron Saint Festival from January 16 through 24.

During the nine days of the fiestas patronales, there are daily morning masses held at the church; fireworks displays; carnival rides and games; plenty of food; clothing, tools and kitchen equipment stands; musical entertainment and the crowning of the Queen of the Patron Saint Festival in Bucerías’ main plaza.

The most symbolic act takes place on the final day of the fiestas, on Friday, January 24.

On that day, the Maritime Pilgrimage (Blessing of the Boats) takes place. The fishermen leave from La Cruz de Huanacaxtle and head to Bucerías beach. They carry the Peace Torch, escorted by decorated boats forming the shape of a cross, and land on the beach one by one, in dramatic fashion.  They then attend a Mass offered in the Church of Our Lady of Peace.

Men from all over the southern coast of Nayarit come together to pray for a year of good fishing, tourism, health and prosperity for the area’s families.

This procession has taken place for the past 56 years and is one of the top attractions of the festival.

Hop right on it

There are still tickets available for the Tuesday, January 21 blast from the past event, “Let’s Go to the Hop.”

The event takes place from noon to 5 p.m. at Los Arroyos Verdes, a short distance from the main areas of Bucerias.

“All this for a 500-peso donation to the building fund for Casa de La Paz,” says organizing committee member Marilyn Moxin.

No longer in a pickle

Because of the new construction at the Bucerias sports complex, the Bucerias Pickleball Club has had to find a new location to play.

Thankfully, club spokesman Dennis Mazzei reports that a new home has been found.  “It is not perfect,” he says, “but we were fortunate to find a close-by lot to use. Unfortunately, the concrete surfaces have some imperfections so we expect an odd, funny bounce during play.

“As there are only four courts, the scheduled play is restricted. Members are assigned to play on the early or late time schedule, either Monday, Wednesday and Friday or Tuesday, Thursday and Saturday.

“Our registered membership is full. However, based on last year, we expect that new residents of Bucerias and short-term vacationers will be able to play with us as drop-ins. Last year we had over 300 different people come to play with us. We had 65 annual members return and about 60 more who were monthly players. This year we have set the number of registered members at 100.”

The fees are 70 pesos per day, 500 pesos per month, or 1,200 pesos for the season (typically November to April). Registered members and drop-ins pay the same fee. Each player can determine which price structure fits them best.

“The courts we are using are through a private rental agreement between the Bucerias Pickleball Club and the land owner,” Mazzei cautioned. “Therefore, no other outside play will be allowed.”

The new location is on Calle Verano between Obelisco and Girasol.