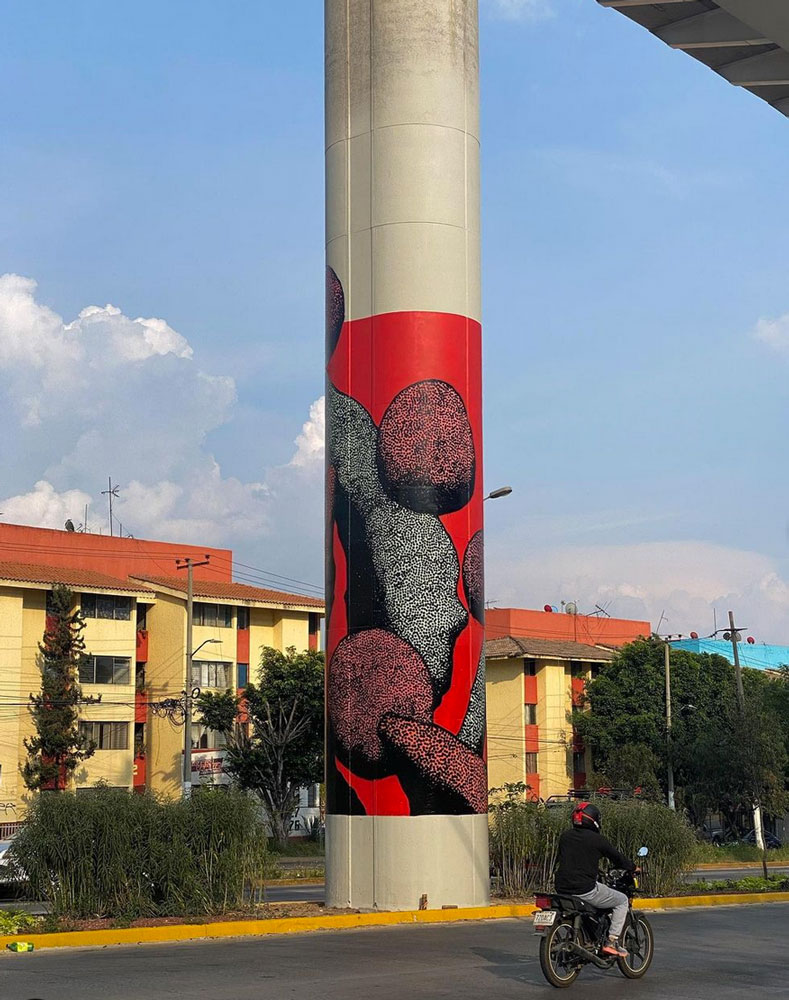 A five-person jury this week judged Mack’s mural the best of the 110 murals created in the “Traza Jalisco” project that has been criticized by some sections of Jalisco’ artistic community for being out of place and poorly thought out.

“It is important that there are more of these initiatives of paid interventions in public spaces and that the artists are treated with dignity,” said Mack, who collected 30,000 pesos for his first-place finish, in addition to 10,000 pesos paid to all the participating artists.

The 30-year-old hit out at critics who refuse to separate serious urban artists from members of street gangs, frequently referred to as “chavos banda.”

Mack is irritated that many people still believe urban art to be a hobby, and stressed that it involves “great physical exhaustion,” with “hours and hours there in front of a wall.”

The state government pressed ahead with “Traza Jalisco” despite urging from environmental activists to create “green columns” with vegetation rather than distracting, incongruous art.

Jalisco Governor Enrique Alfaro later confirmed that the remaining two-thirds of the columns, approximately 220, will be covered with vegetation.