It is difficult to think of directing a program more special than a performance of “thrilling” music celebrating your orchestra’s 20th anniversary in an auditorium named after your grandfather. 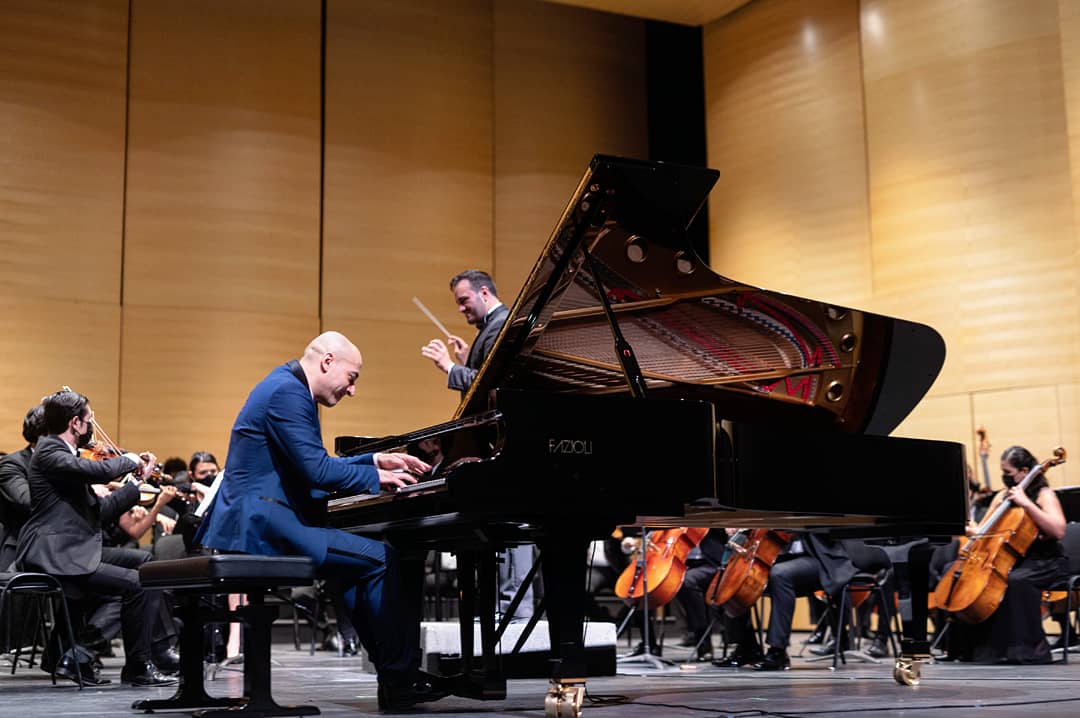 And that is what Rodrigo Sierra Moncayo did July 28 at Teatro Moncayo, one of three spacious auditoriums in the sleek Palcco complex on the north side of the Guadalajara metro area. Sierra Moncayo recalled that he opened the theater just after the cultural complex was completed in February, 2016, directing the same group, La Orquesta Sinfónica Juvenil de Zapopan, in the beloved work “Huapango,” composed by his grandfather Jose Pablo Moncayo.

But last week, after over five years at the helm of the orchestra, which Sierra Moncayo describes as non-professional but “committed,” he explained that circumstances are different than in 2016.

Of course, Covid intervened, as it has in the work of all musical groups, making public appearances and practices more challenging. And the 68 musicians had experienced normal turnover—members must leave at the age of 35 and submit to re-auditions every year. But an outstanding goal at the anniversary concert was to demonstrate the technical level the orchestra has achieved, Sierra Moncayo emphasized.