Although tickets have sold out for the November 11 gig by the Etienne Charles Quartet at the Conjunto de Artes, the good news is that, after a long break, world-class jazz is back in the metro area, with the resumption of the NY Jazz All Stars cycle of concerts.

Fans can always rely on the NY Jazz All Stars for dispatching top performers to different corners of the globe. For example, trumpeter Charles is described by Jazz Times as a “daring improviser who delivers with heart wrenching lyricism.”  In 2013, his album “Creole Soul” reached number one for three weeks on the Jazzweek chart and was eventually named the third best Jazz Album of the year by Jazzweek. Charles has been featured as a band leader at numerous jazz festivals around the world, including the Newport and Monterey festivals.

Given the demand for tickets, interested jazz fans should book early for the gig on Thursday, December 2 by the Yotam Silberstein Trio. 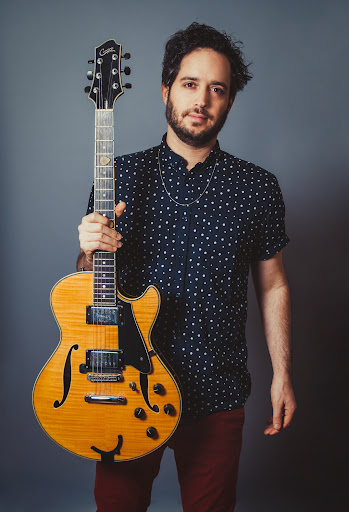 Born and raised in Tel-Aviv, Israel, Silberstein started to learn the guitar at age 10, and at 15 was accepted to the prestigious “Alon” high school of the arts, where he studied with influential jazz teachers such as Walter Blanding and Amit Gol.  At 21, he was “Israel’s jazz player of the year” and in 2005 received a scholarship to study at the renowned New School for Jazz and Contemporary Music in New York City, where he has since performed at dozens  of acclaimed  venues. His recent album, “The Arrival,” was described by his recording label as “combining the full influence of the jazz tradition as well as classical music and, of course, the music from his country, Israel.”

Tickets for this show can be purchased online at conjuntosantander.com.