Jocotepec’s second most important religious icon, the three-meter tall statue of Señor de Guaje, will stay in the church of the village of San Pedro Tesistan this year, due to the current restrictions on public gatherings.

It is ironic that this icon, to which is attributed miracles of curing the populace around the western end of the lake of cholera in 1833, again in 1850, and in 1918 of the Spanish flu, is now seen as a possible propagator of yet another pandemic. 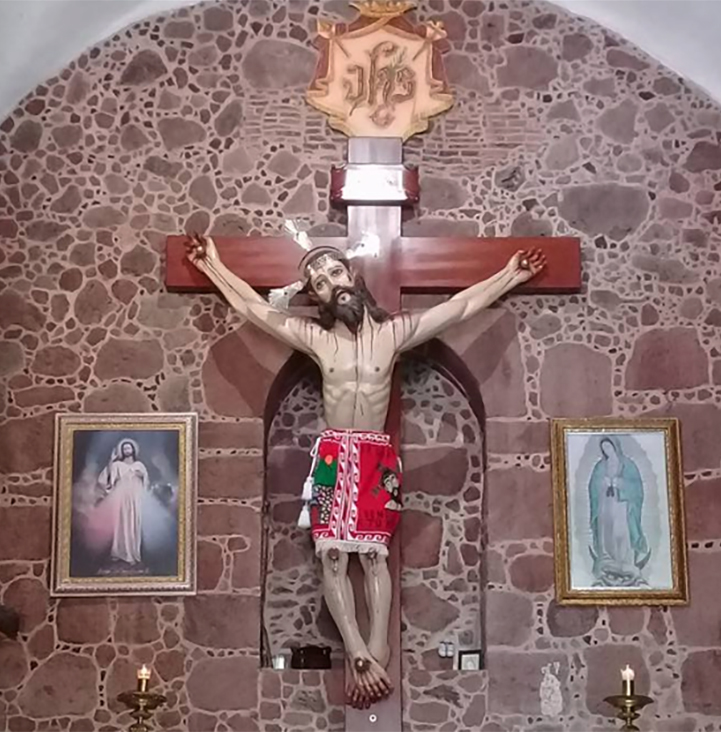 While there is a possibility that the icon, also known as “El Señor del Dulce Nombre” or “El Santo Cristo de la Expiración,” may be lowered so that the faithful can touch it November 7, on its 305th anniversary, Father Jesús Quiroz Romo said restrictions and social distancing would be difficult to enforce. He said Masses would be held Saturday, at 7:30 a.m. and 7 p.m. and be transmitted on Facebook.