The ancient Greek myth of Orpheus, who attempts to harness the power of music to rescue his beloved Eurydice from the underworld, has inspired composers since opera’s earliest days. 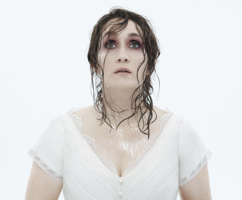 “Eurydice” is the oldest surviving opera and was an adaptation from Ovid’s Metamorphoses, which recounts the story of the legendary musician Orpheus and his wife Euridice.

First performed in Florence, Italy, on October 6, 1600, the opera was written for the wedding of Henri IV of France to Maria de’ Medici, held at the Pitti Palace.

The Orpheus and Eurydice legend has been given new and contemporary life by the multi-talented composer and conductor Matthew Aucoin. First performed at its L.A. Opera premier in 2020, Aucoin wrote this work under the auspices of a co-production by The Met and L.A. Opera.

Based on the play by Sarah Ruhl, this version of “Eurydice” is “ambitious, confident, often impressive, mostly engaging, instrumentally colorful and splendidly singable. At its best, it is gratifying grand opera,” writes classical music critic Mark Swed.