Eddy Malave on paper is a serious musician. A conservatory “bred” musician who was weaned on opera by his Sicilian godparents — for Malave it grew into a love of and passion for music. 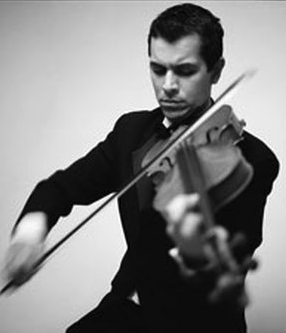 It started with piano, and then he expressed interest in the violin but was nudged toward the viola because, as he says, “too many kids were already playing the violin and the teacher needed a violist.”

What drove Malave to continue was not only the music itself but his many successes. He excelled at contests and won awards all the way to pre-college Juilliard admission straight through to a master’s from Julliard.

But here Malave departed from the path he had been placed upon. He started living life outside the box. He defied the expectations of the classically trained Julliard grad and became a certified teacher of the Alexander Technique and also a Suzuki teacher, instead of pursuing a first chair viola position in a prestigious orchestra.

Freelance jobs were plentiful in the 1990s, and one day, while playing  a gig in the Orchestra of St. Luke’s, the musician next to Malave asked if he could “sub” for him. Before he knew it, Malave was playing on Broadway in the original “Kiss Me Kate.” Next came “The Lion King,” and over the years more than 35 other massive Broadway hits.