One doesn’t need to know much about Israeli politics to be engrossed in the film “The Unorthodox,” a fictionalized telling of the 1980’s origin of a minority political party in Israel.

In what’s termed “a galvanizing performance,” actor Shuli Rand plays Yaakov Cohen, a Sephardic Jewish printer whose daughter is expelled from school because she is a Middle Eastern Jew, rather than a member of the elite European class of Ashkenazim. Tired of national origin-based discrimination in education, housing and employment, Yaakov decides to fight City Hall by founding the Shas party and running for City Council himself.

To achieve this, Yaakov enlists the aid of a ragtag duo — a kosher slaughterhouse owner and a “discount rabbi” whose yeshiva operates out of the slaughterhouse.

Comedic but bittersweet, “The Unorthodox” proves that you can fight City Hall, but that in democracies, politics is politics. 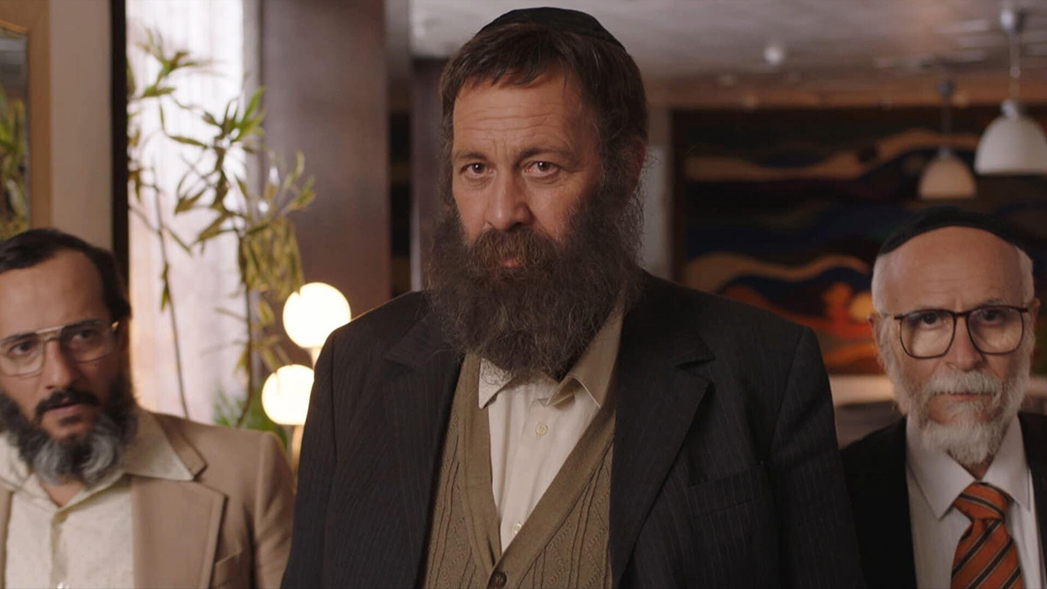 Proof of vaccination is required for all patrons wishing to purchase tickets to the JFF.