The Ajijic Society of the Arts (ASA) will meet Monday, September 5, 10 a.m. at La Nueva Posada (Donato Guerra 9, Ajijic). Coffee’s on at 9:30 a.m.  ASA is a gathering of artists in many fields of the plastic arts, who meet to exchange information and promote art in the Lakeside area. All are welcome. 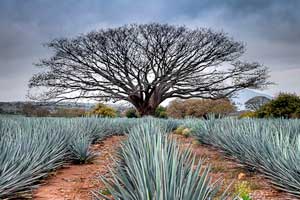 If you haven’t seen it already, be sure to stop at Galeria Di Paola in Ajijic to enjoy the magnificent exhibition by photographer Ben Olivares titled “La Tierra del Tequila.” It will be up until October 25 and is well worth your time.  Galeria Di Paola is located at Colon 11 in Ajijic. The telephone number is 766-1010.

The Music Appreciation Society (MAS) opens season ticket sales from September 19-30, 10 a.m. to noon at the Lake Chapala Society (LCS). Holders of season tickets last year will have new ones held until September 30.

For further information contact Kathleen Phelps at 766-0010 or at This email address is being protected from spambots. You need JavaScript enabled to view it..

Lakeside Little Theatre (LLT) season ticket sales take place on Wednesday September 7 and Thursday, September 8, 10 a.m. to 1 p.m. at the theater. Season tickets include membership and a seat for all six shows for just 1,000 pesos. Tickets for individual productions will be 200 pesos and 250 pesos for the musical.

This is great value for some of Lakeside’s best entertainment.

n January 14-22 “How the Other Half Loves” by Alan Ayckbourn, directed by Dave McIntosh, assisted by Ann Swiston.

n February 25 to March 6 “A Taste of Broadway” directed by Barbara Clippinger, choreographed by Alexis Hoff with music coordinated by Patteye Simpson.

The kick-off party for season ticket holders will be held at the theater on Saturday, September 17, 5-7 p.m.

Director Peggy Lord Chilton will hold auditions on Friday and Saturday, September 23 and 24, 10 a.m., (registration at 9:30 a.m.) for LLT’s upcoming production of “Greetings.”

The play is a funny one with an underlying ethical theme. Chilton is looking for three men and two women, three people who appear to be in their 30s and two in their 50s or 60s. Contact Kathleen Neal for scripts at 766-5692 or This email address is being protected from spambots. You need JavaScript enabled to view it..

The cast in the upcoming “Senior Class” musical being staged by My, My, How Nice Productions is as follows: Millicent Brandow, Amaranta Santos, Jayme Littleohn, Patteye Simpson, Peggy Lord Chilton, Ray Himmelman and Lee Hitchcock. Judy Hendricks is coordinating the music and Ted Ferguson is on the drums. Look for performance dates soon.