Joe Posa stars as Joan Rivers, Friday to Sunday, January 25 to 27, at The Spotlight Club.

Due to a sold out show last week, Stacey Joy performs again Wednesday, January 30. This time she is singing the best of Joni Mitchell and mixing it up with some all-time favorites and her original work.

Mentalist duo the Evasons presents “The finest act of its kind in the world” (according to NBC) Friday, February 8, 7 p.m. and Sunday, February 10, 6 p.m.

The Orquesta Tipica de Chapala will perform at the Centro Cultural Antigua Presidencia in Chapala Saturday, January 26, 7 p.m. Tickets, 100 pesos, are available at the offices of the weekly news magazine PAGINA, Av. Madero 415-A in Chapala.

On a steamy night in Mississippi, a Southern family gathers at their cotton plantation to celebrate Big Daddy’s birthday. The scorching heat is almost as oppressive as the lies they tell. Brick and Maggie dance round the secrets and sexual tensions that threaten to destroy their marriage. With the future of the family at stake, which version of the truth is real – and which will win out?

An HD recording of the live production at the National Theatre in London of “Cat on a Hot Tin Roof” will be presented Saturday and Sunday, January 26 and 27, 4 p.m. at the Lakeside Little Theatre. 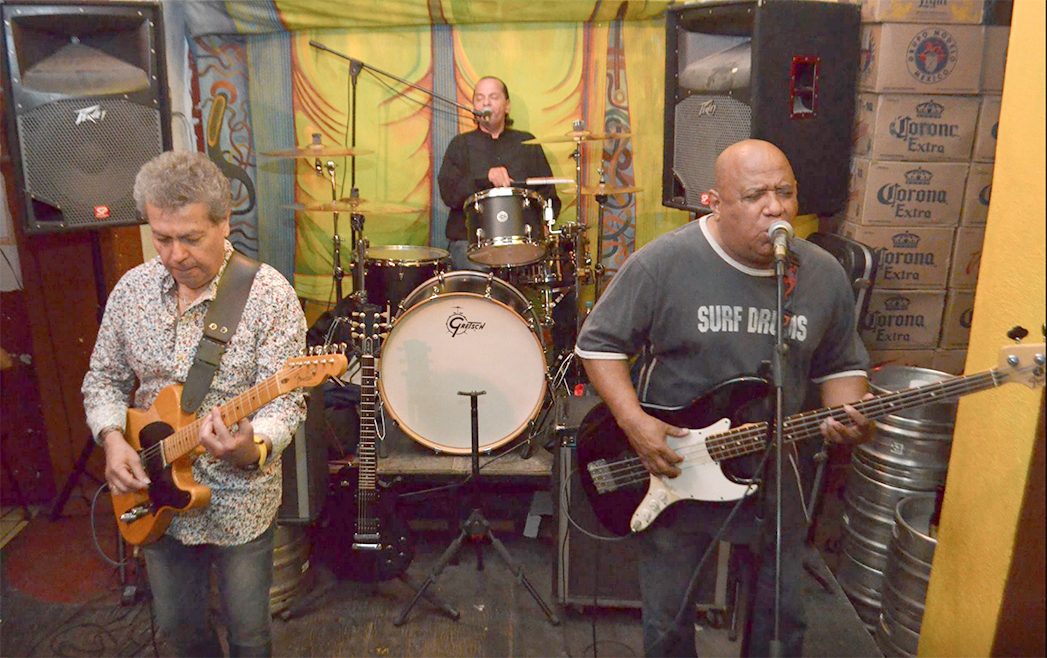 “The Producers” screens January 27. This startling, stunning, outrageous, and breathtaking movie by writer and director Mel Brooks, is celebrating its 50th anniversary this year.

Lake Chapala Society members can take advantage of Film Aficionados screenings each Thursday, 1 p.m. On January 31, “Puzzle” (2018 United States) will be screened. Agnes (Kelly Macdonald), taken for granted as a suburban housewife and mother, discovers a passion for solving jigsaw puzzles which unexpectedly draws her into a new world. (97 minutes). 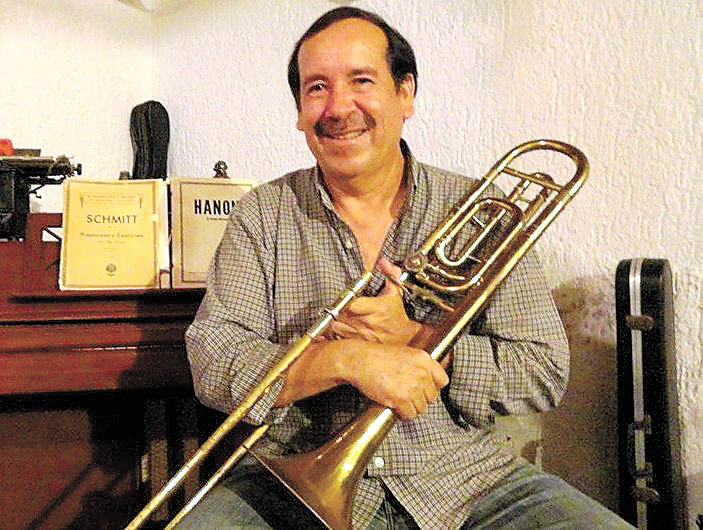 “Albertine In Five Times” by Michel Tremblay is on at the Bare Stage Theatre, Friday through Sunday, January 25, 26 and 27. This award-winning play tells the story of one woman, Albertine, at five different times in her life. The older Albertines warn the younger ones of what is to come: “Our fate depends on you,” Albertine at 70 says to Albertine at 30. Together, these five Albertines provide a moving portrait of the extraordinary life of an “ordinary” woman.

Bare Stage Theatre is at Carretera Chapala-Ajijic 261 on the mountain side in Riberas del Pilar, across from the Catholic Church.

U.S. political satirist Will Durst will perform live at the Lakeside Little Theatre Thursday to Saturday, January 31, February 1 and 2, 7:30 p.m. and Sunday, February 3, 4 p.m. A five-time 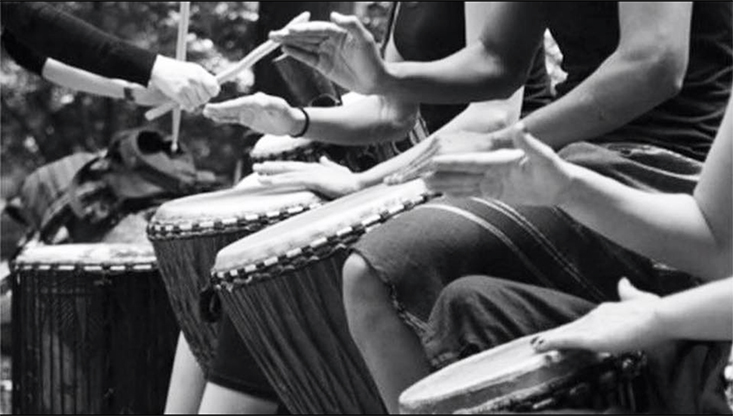 Emmy nominee and host/co-producer of the PBS series “Livelyhood,” he is also a regular commentator on NPR, CNN, and C-SPAN. He has appeared on television more than 800 times, including Late Night with David Letterman, Comedy Central, HBO and Showtime. He received seven consecutive nominations for the American Comedy Awards Stand Up Comedian of the Year. His show is billed as political comedy for people who don’t like politics.

“Will Power or Something Wicked This Way Comes” is a workshop on Shakespeare looking at the Bard’s works with a director’s eye.

A series of three hands-on workshops will look at the many and varied choices a director can make, and how those choices affect the audience’s experience and the very meaning of the play itself. The workshops will be led by Lynn Phelan, a director and lifelong Shakespeare enthusiast.

They will be held at the new Bravo! Theatre Sunday afternoons in February (3, 10 and 17). Contact Phelan at This email address is being protected from spambots. You need JavaScript enabled to view it. for more information or to sign up.

Participants will find paintings, pottery, sculpture, jewelry and much more. The booklets, costing 50 pesos, admit one person to all of the locations, and include maps to the studios and sponsors. They are available at Diane Pearl, the Ken Gosh Gallery (Guadalupe Victoria 30), Superlake, Nomad Furniture (Hidalgo 81 in Riberas del Pilar) and the Lake Chapala Society. LCS ticket counter sales are Monday to Saturday, 10 a.m. to noon and noon to 2 p.m. at the LCS café. 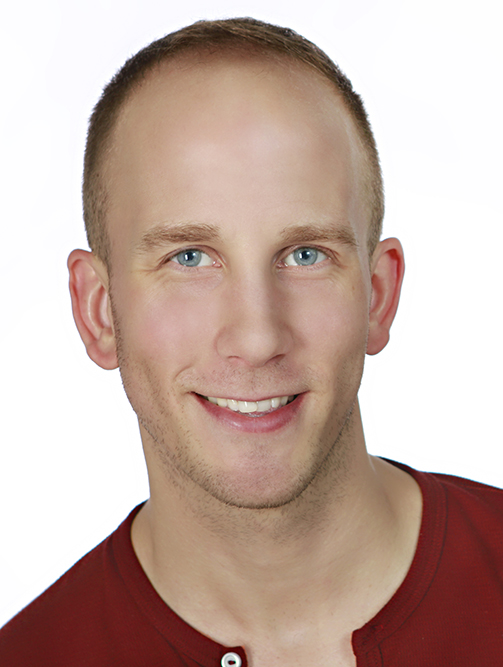 Proceeds from the booklets benefit the artists of ASA, the Lake Chapala Society Children’s Art Program and the LCS Children’s Summer Art Camp.

A special event for the first time this year is the Rising Stars Concert featuring the Walden Trio and the Janus Quartet, which are made up of students from The Festival del Lago, an intensive two-week summer academy for advanced students. They will be in residence during this year’s Festival, receiving coaching and lessons from international star musicians.

Packages are available from Louise Morel, the Patron’s Chair, at This email address is being protected from spambots. You need JavaScript enabled to view it. or (376) 766-2680.

For more details about the performers and concerts, see festivaldefebrero.com.

El BarCo will celebrate the 55th anniversary of the Beatles first performance in North America on the Ed Sullivan Show, Sunday, February 9. The fun starts at 6 p.m. and is a fundraiser for the Niños Incapacitados program.

No cover, donations only. DJ Carlos will play music by the Beatles and two U.S. bands that influenced them: the Beach Boys and the Four Seasons. Dig out your Beatles wig or Beach Boys surfin’ outfit and have a ball. Reservations: (376) 766-0452.

The Freedom Group and La Bodega Restaurant present a one-hour live “Cabaret! Dinner Show” with music, dance and comedy on Thursday, February 14, 5 p.m. (Valentine’s Day) and a matinee performance Sunday, February 17, 3 p.m. The show features Freedom Chorale, Cindy Paul, Jim Barto and Starfire. Tickets, 300 pesos (350 pesos at the door), are available at La Bodega, Diane Pearl and Mia’s Boutique. A portion of the proceeds will be donated to The Ranch Animal Rescue Center. No reservations – first come, first seated. Information: This email address is being protected from spambots. You need JavaScript enabled to view it. or La Bodega, (376) 766-1002.

Rehearsals have begun at the Lake Chapala Community Orchestra for the Spring Concert slated for March 31 with a theme of music of the movies. Conductor Michael Reason extends an invitation to all orchestral instrument players of all levels to join the sessions at the Lakeside Presbyterian Church in Riberas del Pilar, every Saturday, 2 p.m.