The next production of the Lakeside Little Theatre (LLT) is “The Same Deep Water As Me” by Nick Payne, February 15 to 24. 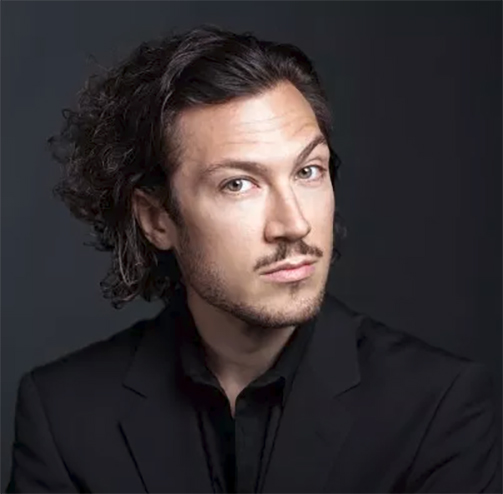 A sharply observant social comedy about small-time lawyers, fraudulent claims, and the lure of easy money, the play takes us into the world of no-win, no-fee accident cases, as a dubious claimant gives two lawyers the runaround.

The first Saturday and both Sundays are matinees, 4 p.m., and the evening shows begin at 7:30 p.m. Tickets, 250 pesos, are available at the LLT box office, 10 a.m. to noon, every Wednesday and Thursday and one hour before curtain. Email This email address is being protected from spambots. You need JavaScript enabled to view it. or call (376) 766-0954.

The 17th edition of Ajijic’s vibrant music festival, the Northern Lights Festival de Febrero, continues through February 24. The festival offers concerts with renowned international musicians, workshops, collaborations and classes for young music students. Some of the concerts at the Auditorio de la Ribera still to come are: 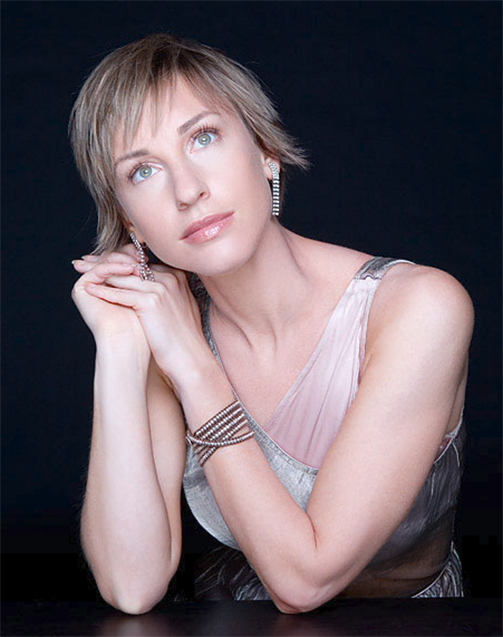 Tickets, 600 pesos center and 400 pesos sides, are available one hour before concerts at the Auditorio. Information: festivaldefebrero.com.

Dwight Blake returns with his Memories of Motown concert, backed by the Groove Brothers Band. Enjoy tunes by Marvin Gaye, Al Green, The Temptations and more Monday and Tuesday, February 25 and 26. 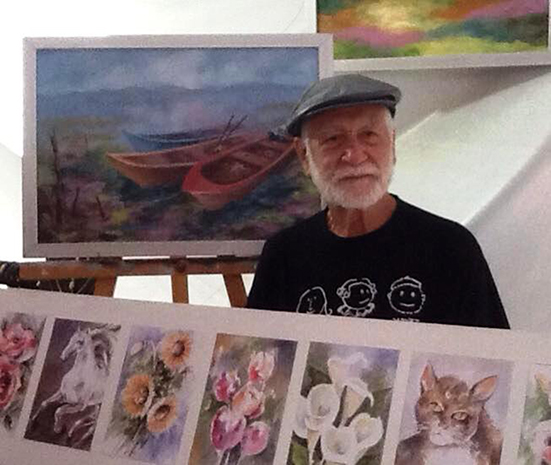 “Crimes and Misdemeanors” screens February 17. The poignant, penetrating and scathingly hilarious film by Woody Allen about the complexity of human choices is one of the watershed films of his career.

The Freedom Chorale – Cindy Paul, Jim Barto and Starfire – presents a one-hour live “Cabaret! Dinner Show” with music, dance and comedy on Sunday, February 17, 3 p.m. at La Bodega in Ajijic as a fundraiser for The Ranch Animal Rescue Center. Information: This email address is being protected from spambots. You need JavaScript enabled to view it. or La Bodega, (376) 766-1002. 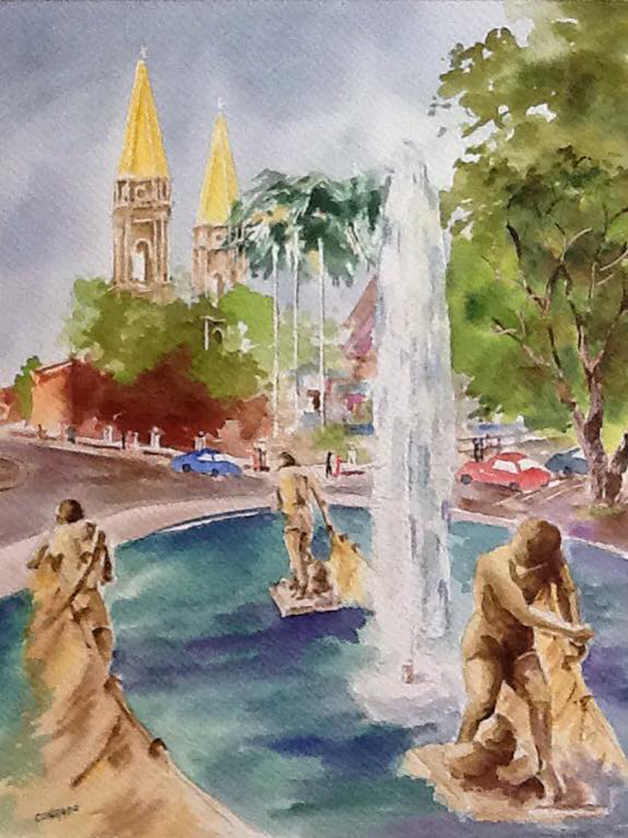 On February 21, “Museo” (2018, Mexico) will be screened. In 1985 a group of criminals decide to loot the National Museum of Anthropology in Mexico City. Based on actual events. This is possibly the best Mexican film of last year (122 minutes).

The theater is at Carretera 261 on the mountain side in Riberas del Pillar, across from the Catholic Church.

Judy King’s new book, “Echoes from the Wall: Real Stories of Mexican Migrants” will debut at Pancho’s Deli Market Atrium restaurant in Riberas del Pilar, Tuesday, February 26, from 2 to 4 p.m. King has lived 28 years at Lakeside, written for this newspaper, was editor of the Lake Chapala Review and her own online magaine, Living in Lake Chapala (2001-2013). She is presently writing for the blog Expats in Mexico. She has been writing since her first newpaper job at 14 years old. This is her second book.

The Rotary Club of Ajijic presents Rising Stars, a scholarship fund-raising dinner featuring music from the 1940s to the ‘80s by The Great American Songbook, Friday, March 1.

The band features Paul Brier on vocals and keyboards, Jimmy Barto on vocals, trumpet and Flugelhorn, Bob Myers on vocals and guitar and Francis Dryden on drums, playing hours of music to dance to. Cocktails begin 5 p.m., dinner and speakers at 5:30 p.m. and dancing until 9 p.m. Dress is formal or dressy.

The event is held at the Instituto Tecnologico Mario Molina, the second school on your right out of Ajijic on the Libramiento. For tickets, 600 pesos, call Chuck, 333-483-9200. Information: www.rotaryajijic.org. 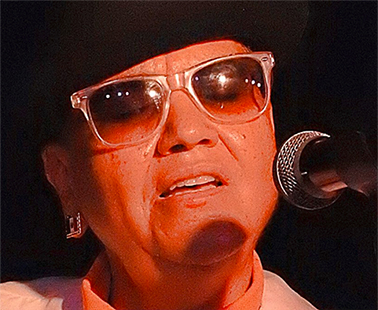 Wild and newly single, Julie throws a late night party. In the kitchen, Jean and Kristina clean up as the celebration heaves above them. Crossing the threshold, Julie initiates a power game with Jean –which rapidly descends into a savage fight for survival. Set in a North London house near Hampstead Heath, Julie examines how class divisions and middle class ennui exist today, and can result in similar tragic results.

“Provocative and profound, Carrie Cracknell’s direction is astonishing,” said The Stage. “Packs an emotional punch. Vanessa Kirby is magnetic as Julie,” noted The Mail on Sunday.

Storytelling is the theme of the 2019 Lake Chapala Writers’ Conference, March 6 to 8, and covers writing articles, short stories, novels and plays.

Speakers include Mark Boyer, Rose Grayson, Canadian bestselling author Roberta Rich, author Eric Witchey, uthor Kali VanBaale. Former Dell/Doubleday editor Sandi Gelles-Cole will be available to critique your manuscript and to offer suggestions to make it print ready. Early registrants will have an opportunity to have a one-on-one session to pitch their writing projects to literary agent Angela Rinaldi.

A benefit for the students of the Centro Educativo Jaltepec will be held Sunday, March 17, 12:30 p.m. in the home of Linda Buckthorp.

The event will take place to the background of the music of Cole Porter, sung by Frank Sinatra.  The all-inclusive afternoon begins with Timothy G. Ruff Welch playing a medley of cocktail music while Jaltepec alumni serve hors d’oeuvres they have prepared. Bottomless glasses of wine and a three-course luncheon follow, finishing with a presentation by Bill Dingwall.

Buckthorp will transform her home into an intimate concert setting for 30 guests. Only 15 seats are still available. Tickets cost 1,200 pesos.

The Lake Chapala Community Orchestra has started rehearsals for their Spring Concert slated for March 31, with a theme of music of the movies.

Conductor Michael Reason extends an invitation to orchestral instrument players of all levels to join the sessions at the Lakeside Presbyterian Church in Riberas del Pilar, every Saturday, 2 p.m.