The new shows include abstract human figures by Tapatio painter Israel Zzepeda, a selection of works by members of  Urban Sketchers Ajijic, and a display of art and objects representing La Virgen de Guadalupe from the private collection of Judy King. 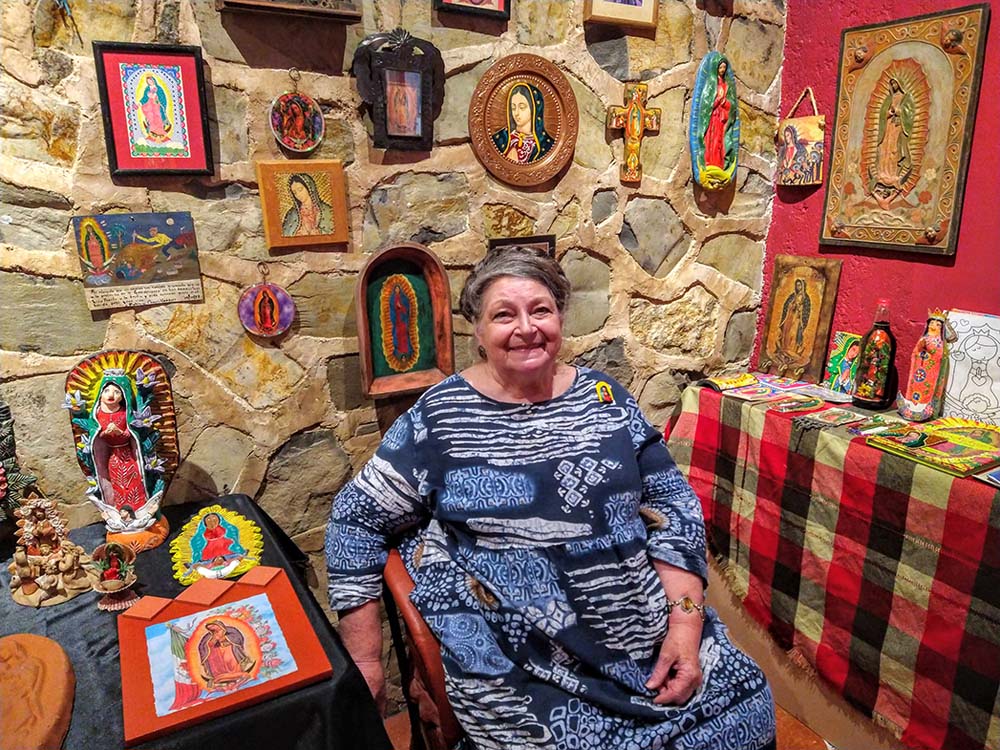 The AMA museum is located on the west end of Ajijic at Privada Flores Magón 3, between Calles Ocampo and Zaragoza, open Tuesday through Sunday, 10 a.m. to 5 p.m. General admission is 40 pesos, and 20 pesos for children and students.

Celebrate the season with “It’s a Wonderful Life,” a holiday favorite as you’ve never seen—or heard!—before, December 16 to 18, Friday, 7:30 p.m. and Saturday and Sunday, 4 p.m.

The timeless tale of George Bailey is given a clever twist when staged as a live, 1940’s radio broadcast. Greg Custer, Florette Schnelle, Graham Miller, Barbara Pruitt, Jeff Kingsbury and David Dennis give voice to all of Bedford Falls’ memorable residents, accompanied by sound effects created live on stage and more sound effects crated by J.E. Jack. Rosann Balbontin directs the show, which is adapted for the stage by Joe Landry.

Relive this timeless tale of a likeable fellow down on his luck and ready to end it all—until an Angel Second Class shows him life’s true value.

Tickets, 250 pesos, are available at lakesidelittletheatre.com or at the box office one hour before the show. 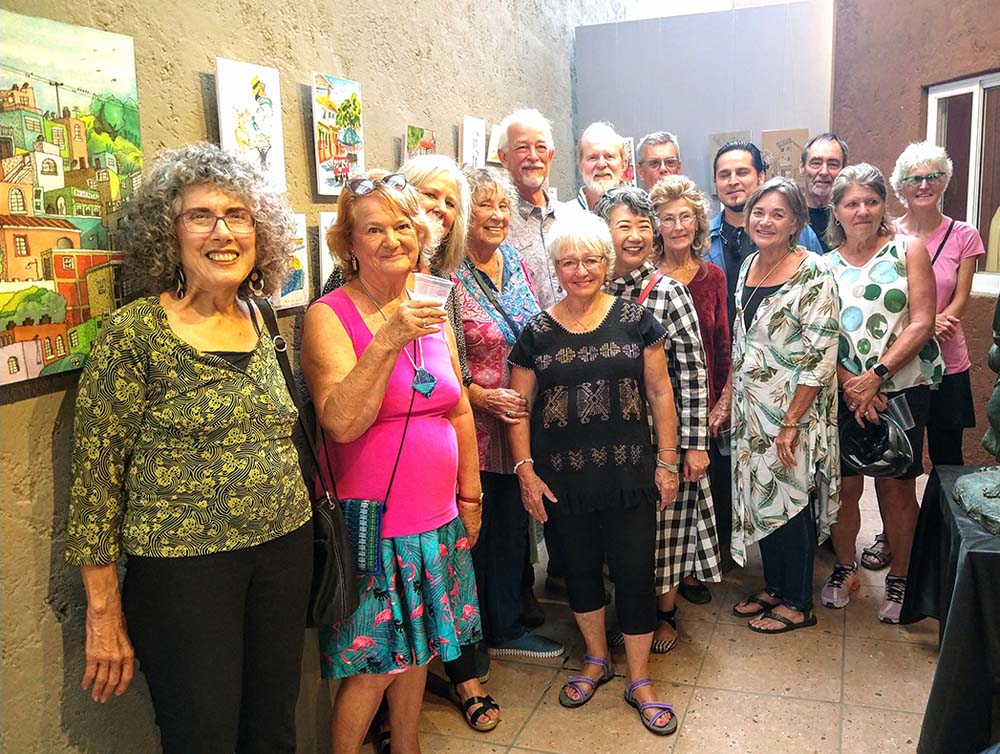 Victor Do Espirito presents two tribute to Bruno Mars concerts, Sunday, December 18, 2:30 p.m. and 5:30 p.m. at the Lake Chapala Society. Based on popular demand, from people who have seen this sell out show in Vallarta, LCS is excited to welcome to Concerts in the Park Victor Do Espirito with his high energy tribute to Bruno Mars. With his close resemblance and great voice, Victor will perform some of the most popular Bruno Mars songs such as “When I Was Your Man,” “Uptown Funk,” “Treasure,” “Just The Way You Are,” and many more crowd favorites.

This is a feel good celebration of Bruno Mars that will have you out of your seats, dancing and shaking your booty. Tickets, 350 pesos general and 500 pesos VIP, are available at the LCS website or in the office. 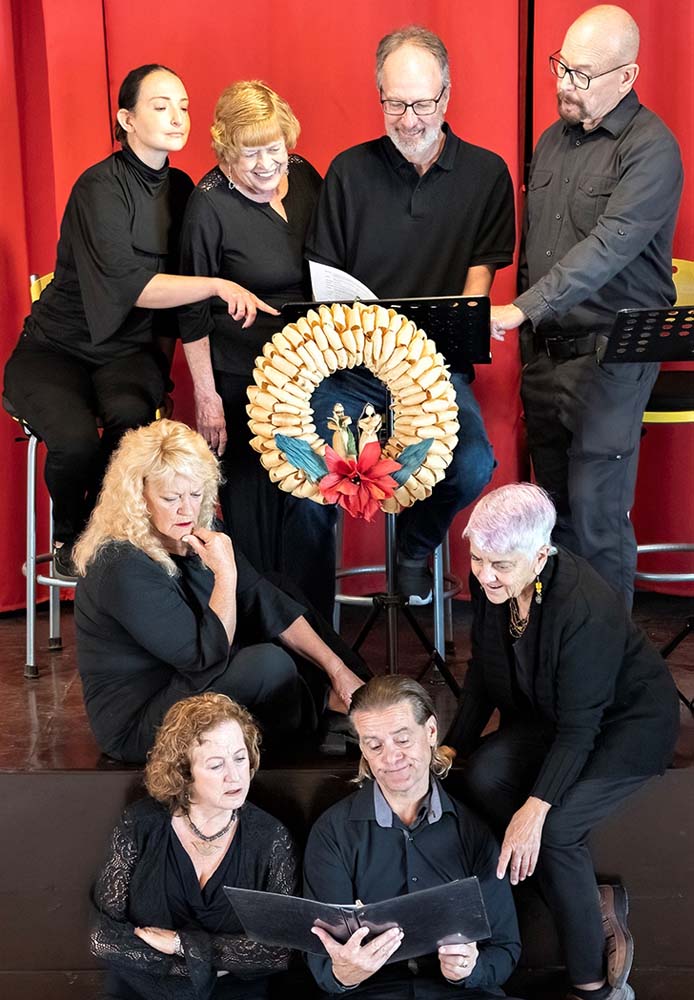 Ajijic Society of the Arts (ASA) holds a special exhibition at Galeria Sol y Luna, with an opening reception Thursday, December 29, from 4 to 6 p.m.

A portion of each sale will go to support young artists looking to further their art education. ASA will launch the Peter Shandera Art Scholarship, as he was a great supporter and encourager of so many local artists. The theme for the exhibition is “Guiding Words.” Each artist has been asked to choose a word that will guide them through 2023, and create a piece of art in their chosen medium that reflects the word. This should be a fascinating and thoughtful exhibition ... just like Peter. Please participate in this festive launch of a new ASA scholarship.

“Christmas at Pemberley” imagines what the witty and vibrant Bennet sisters’ world might be like two years after the end of “Pride and Prejudice.” It’s December 22, 1815, and the plot focuses on the bookish middle sister

Mary as its unlikely heroine. Mary is growing tired of her role as dutiful middle sister in the face of her siblings’ romantic escapades. When the family gathers for Christmas, an unexpected guest sparks Mary’s hopes for independence, an intellectual match, and possibly even love.

Lauren Gunderson has been one of the most produced playwrights in the United States since 2015, topping the list twice including 2019/20. She is a two-time winner of the Steinberg/ATCA New Play Award for “I And You” and “The Book of Will,” the winner of the Lanford Wilson Award, among various other awards and prizes.

Bare Stage welcomes back director Lynn Phelan, whose last production at Lakeside was “The Book of Will,” at Bravo! Theatre. Unfortunately, that show closed half-way through its run when Covid  hit in 2020. Her last play at Bare Stage was “Paradise Lost,” in December 2019.

Due to the holidays and conflicts, show dates for “Christmas at Pemberley” will be Thursday, December 29, Friday, December 30 and Sunday, January 1.