After the shooting of his police-captain father, Pittsburgh cop Tom Hardy accuses the force of hushing up the murder and finds himself demoted to the river patrol.

Two years later, with his uncle Nick in charge and an unlikely assailant convicted of the crime, Hardy is sure that a new spate of killings is the work of the same hand.

He shares his suspicion that one of his colleagues is a serial killer. This thriller centers on his hunt to prove his point, a search that becomes more desperate when the killer begins killing the cop’s female associates. Director: Rowdy Herrington.

One’s a New York head hunter for GQ. The other’s an LA super art director. One can’t have enough of the Prince Charming formula. The other just can’t get over Hollywood’s love stories.

But both Dylan and Jamie are presently heartbroken — reason enough for them to bond outside the workplace. And what are buddies there for? To make you move on, to help you in times of need.... and a little bit of sex too. Just make sure there are no strings attached when in bed.

But getting physical has never been that easy.

Two average sci-fi geeks get caught up in the ultimate interplanetary adventure after picking up an extraterrestrial during a road trip to Area 51 and becoming the targets of a nationwide manhunt.

Graeme and Clive are two British sci-fi geeks on holiday in America. After a trip to Comic-Con to meet their favorite author, Adam Shadowchild, Graeme and Clive load up their RV and hit the road for a tour of some of the most famous UFO hotspots in the American Southwest. They know we’re not alone in the universe, but they won’t be satisfied until they get a firsthand glimpse of the famed Area 51.

However, somewhere deep in the Nevada desert, the two UFO enthusiasts narrowly avoid crashing into a speeding car when they happen across a most unlikely hitchhiker. Paul is a pint-sized alien who has spent the last 60 years in Area 51. He’s been cooped up in the care of the U.S. Government for far too long, and he’s starting to get a little homesick.

Though Graeme and Clive are more than willing to help their wisecracking new friend get back to his mother ship, Special Agent Zoil of the FBI is closing in fast. And he’s not the only one; in their race to get their new friend home, Graeme and Clive have also become unwitting kidnappers, and the enraged father of their not-so-unwilling captive, Ruth, is determined to rescue his daughter at all costs.

Annie’s anxieties deepen as Lillian grows close to Helen, a wealthy and beautiful new friend who quickly assumes control of planning all the pre-wedding festivities.

On top of the main storyline of a female friendship being torn apart, the movie adds a romantic storyline for Annie, who starts the film answering a booty call from the casually cruel yet undeniably handsome Ted, but develops a lovely flirtation with an Irish cop named Rhodes after he pulls Annie over one night thinking she’s driving drunk.

As the low-self-esteem Annie sabotages this new possibility for love, she also feels the most important friendship in her life slipping away. 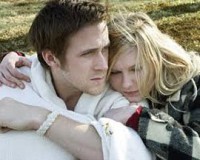 The wealthy heir to a prominent real-estate magnate becomes caught up in a high-profile murder investigation in this thriller inspired by the real-life case of Robert Durst, who was suspected of murdering his wife, Kathie, after she vanished without a trace in 1982.

Warned by his father that the common girl he loves will never be accepted into high society, the young scion throws caution to the wind and marries her regardless.

Later, when the girl disappears and politics enter the picture, a suspicious series of deaths leave a haunted cop convinced that the truth is closer than anyone realizes.

An amiable Navy veteran loses his comfortable job at a big-box store, enrolls in community college, and seeks to reinvent himself while falling for his apathetic speech professor in this romantic comedy re-teaming Academy Award-winning Charlie Wilson’s War co-stars Tom Hanks and Julia Roberts.

Larry Crowne has just been downsized. The unfortunate victim of a failing economy, Larry decides that his best option to avoid becoming idle is to take some classes at his local community college.

In no time, Larry befriends a colorful group of moped-obsessed outcasts on the road to self-improvement, and begins working to sharpen his communication skills in a public speaking class taught by Mercedes Tainot. Disenchanted with her job and bored in her marriage, Mercedes has begun to feel as if she’s missing out on life. But whenever she’s with Larry, all of her problems seem to disappear.

Now, just as Larry and Mercedes are feeling as if their lives have been put on hold, they both discover that fate sometimes has a way of giving us exactly what we need, at precisely the right time.