An overcast day brought steady rain and a low-key thunderstorm that started after nightfall and didn’t let up until sunrise. 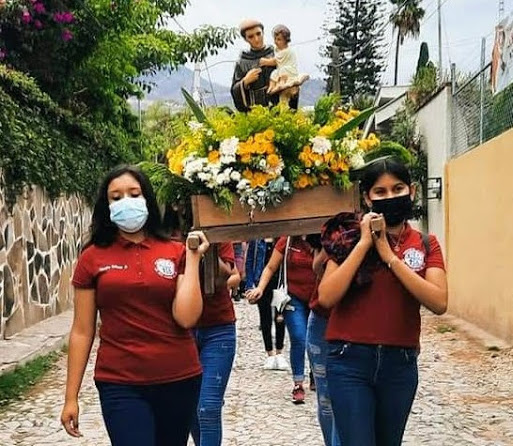 You can’t quite put your finger on what was different from rainfall at lakeside earlier in the month, but one could sense an evident change in the weather. The rainy season has begun.

It happened on June 14, Día de San Antonio de Padua. He’s the patron saint of San Antonio Tlayacapan and, according to local lore, the final day of the town’s fiestas patronales traditionally marks the start of the temporada de lluvias.

This year, El Santo Patrón came through right on cue.

University of Guadalajara meteorologists concur. Earlier this week, Instituto de Astronomía y Meteorología (IAM) spokeswoman Martha Diana Alcocer declared that the 2021 rainy season is officially under way. The pronouncement was based on common seasonal factors such as consecutive days of precipitation, a drop in barometric pressure and the convergence of tropical storm fronts off the Jalisco coast.