As the 1960s came to an end, a woman who had built a fast-paced New York advertising career (Helen Rubenstein’s advertising manager, vice-president of a mid-sized advertising agency, copy group head for Baten Barton Durstine and Osborn), who had reared a family, and seen her husband pass away, retired and drove to Guadalajara. 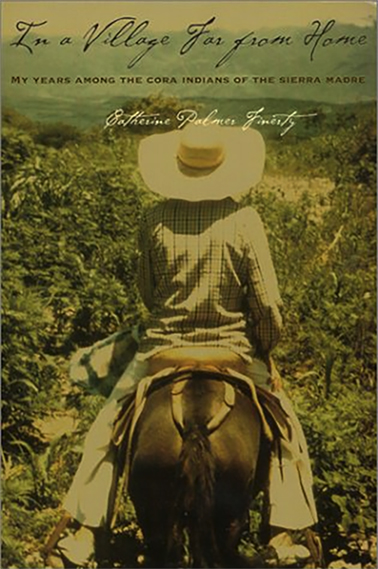 There, she bought a house in Colonia Seattle, took Spanish lessons, visited museums, went to concerts, joined the garden club and other organizations, made friends, acquired domestic help and was, she said, “spoiled” and bored.

In her new house, she was to recall, “I gave checks to workers — the maid, gardeners and others — who couldn’t endorse them because they couldn’t write their names. I criticized Mexico and Mexicans and was always saying, ‘Why don’t they …?’ I slept under an electric blanket and was afraid of using the public bathroom.” Then her pampered, unsatisfactory life changed forever: “I got mixed up with the Franciscans.”

In rather short order she ended up the only North American in a tiny pueblo, Jesus Maria, deep in country so mountainous and remote that she could get there only by a small Franciscan mission plane. Her initial very urban and very naïve idea was to photograph the mission schools in that part of the Sierra Madre Occidental. Unfortunately, she hadn’t bothered to learn that the indigenous people of Jesus Maria — the Cora — refused to have their pictures taken. But fortunately in that village, just as she was despairing of shooting endless scenic photos, Padre Domingo, “who had a speaking acquaintance with medicine and a burning desire to heal,” appeased and recruited her as his assistant in administering medicine to the Coras and their mestizo neighbors. “I forgot all about taking pictures … in the pleasure of doing something of immediate usefulness.