Allyn Hunt, former owner and editor of this newspaper passed away February 3, 2022. The Reporter will be republishing a month-long series of his columns, covering some of his favorite topics. This column was first published March 7, 1992. 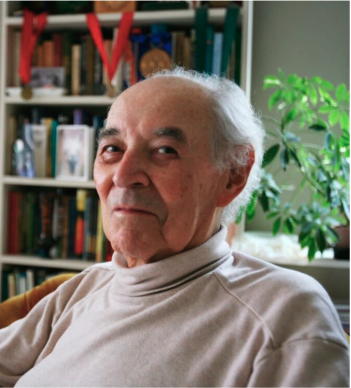 Landfill translators are disappearing. Thank God. If those tedious bumblers of language were still around we would all be the poorer. Missing would be the eloquence of Octavio Paz’s “Labyrinth of Solitude,”and possibly the Nobel Prize for Literature for that great Mexican poet, essayist and cultural analyst. Same goes for Colombian Nobel laureate, Gabriel Garcia Marquez, whose radiant imagination in that incomparable novel, “One Hundred Years of Solitude,” would be moldering on a few library bookshelves unnoticed.

For—what?—centuries it seems, so-called translators were transforming what should have been a performance of imagination and clairvoyance into that of a clerk, simply replacing Spanish words with their English equivalents. It was obvious that most had the linguistic sensitivity of a post.

Tin ears? It was worse than that. Those people had tin eyes. Standing on the shores of a tiny unknown Edenic fishing village in the early 1960s, that’s what I once told a friend who wrote widely concerning Mexico. “No,” he said. “They have tin souls. They are the kind of people who would come here and insist on playing golf!”