As prescription and patent medicines in pharmacies continue to soar in price, many Mexican citizens are returning to less expensive traditional therapies.

One category of folk medicine booming now is tea cures. The reason is that they are warming, simple and to make a lot of people can go out into the yard or up the hill to collect the ingredients—you can’t get more economical than that.

Most of these remedies have been around—in Mexico—for centuries and have proved their worth, some so well that modern pharmaceutical companies and doctors make a lot of money dispensing them.

It’s useful to remember that pre-Hispanic medical practitioners here had at their command a therapeutic arsenal of some 1,200 varieties of herbs—all of which had been long studied for their curative properties.

This was at a time when Europeans were being treated by “doctors” who were bleeding people and relying on a thin list of cures, many of which were based mostly on superstition. 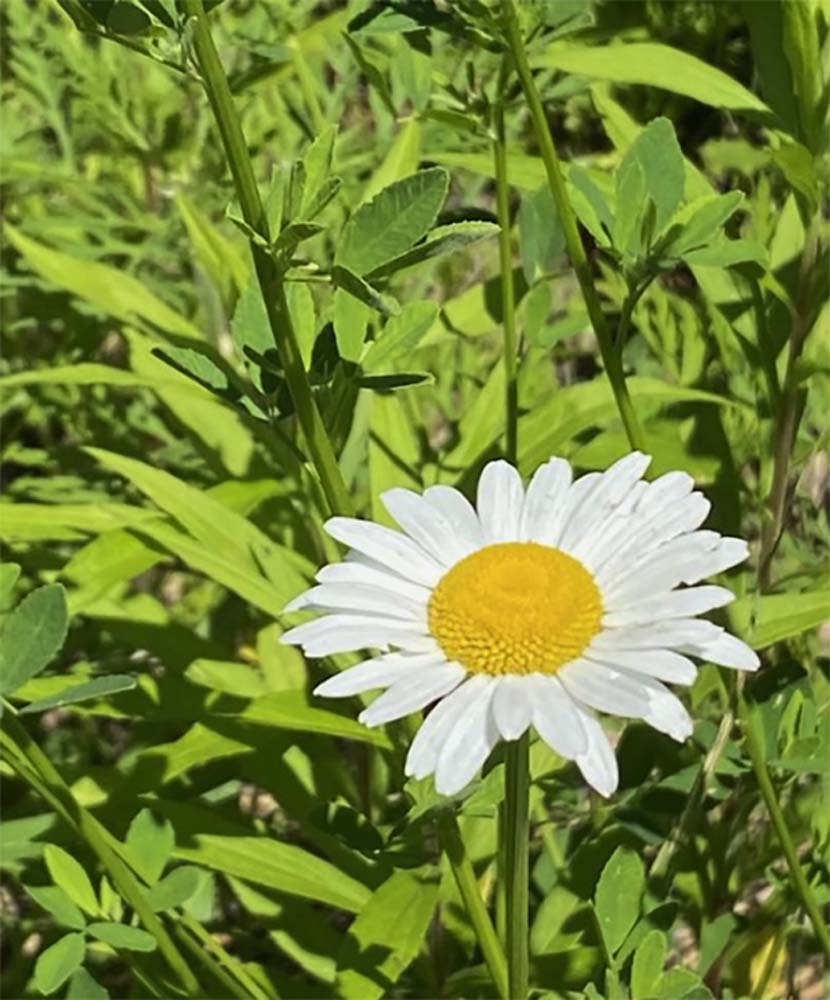 Probably tops on the list of every ama de casa is te de manzanilla. I have a North American friend who calls it “Peter Rabbit tea,” reminding us that “it’s the very same chamomile tea that Peter’s mother gave him when she put him to bed after his wild day in the cabbage patch.” La manzanilla, say Mexican mothers, “is good for your stomach”—a broad claim that’s really not as much of an overstatement as it may seem to newcomers. Clearly, it calms a “nervous” stomach, is good for overeating, for minor indigestion and “stomach upsets.”

Few patios in rural Mexico are so poor that they don’t have a cluster of yerbabuena (mint), another therapy for upset stomach, indigestion, bloating, nausea (put in a little strip of cinnamon stick).

Yerbabuena is also used to cure colds. Boil it until the water turns green, add the juice of one lima and hit the sack.

Poleo (pennyroyal) is an aromatic herb made into a decoction to tackle head colds. When it’s steaming hot you inhale it through a cone made of paper, then drink the tea and go to bed early and get up late. Don’t go out into cold air. The remedy will cause your nose to run at first, but the treatment will soon cause that to stop, according to local curers.

For tos (a cough) boil three bugambilia flowers, one hibiscus flower, one cut up lemon, ¼ teaspoon of cinnamon in a cup of water for five minutes. Drink it all, stay out of breezes and cold air.

Te de limon (lemongrass tea) is another popular drink that soothes both the stomach and the nerves, and, some say, lowers high blood pressure.

The leaves and flowers of the flor de los muertos or cempaxuchil (marigold) plant are used to make a tea to relieve and assortment of stomach ailments.

Diarrhea cures abound. Most of my campesino friends—especially the males, for some reason—swear by te de guayabo: boiled leaves of the guava tree. Some recommend making a thick emulsion of three dried guavas and taking a tablespoon every three hours. Te de guayabo is also good for a hangover and for quelling vomiting.

Te de naranja agria (bitter orange) is also a popular cure for diarrhea, upset stomach and as a year-round tonic. When the tree is in bloom, harvest two cups of the blossoms, cut finely, add one liter of water and grind up in a blender (with sugar to taste). This is also used to reduce heart palpitations and to induce sleep.

Another popular cure: maicena (cornstarch) in your favorite soft drink. Cornstarch will check the trots, but it’s good to follow it with something that will address the cause—such as te de guayabo, possibly with a few shoots of estafiate (Artemisia Mexicana) or sticks of canela (cinnamon) added, or a few naranja agria blossoms.

In the campo, corn silk is used to make a strong tea to reduce diarrhea.

Some use a decoction of the thick, light-green leaves of the siempreviva (stonecrop) plant. These can also be eaten raw as a salad.

Liver cures are also big here in the land of tequila. A popular treatment: Flor de tabachin (dwarf ponciana) leaves made into a tea.

Another cure: Cut berro (watercress) before the sun comes out in the morning, mash and make a tea. Let it cool and drink throughout the day.

(Many folk practitioners recommend harvesting plants and leaves in the morning, when plants have “rested” during the night and are, thus, more potent and just “waking up for the day.”)

A favorite of curanderas for the treatment of menstrual cramps and other reproductive complaints is a decoction made from the leaves of the avocado tree.

And to take on the ailments of the heart and the nervous system they prescribe a tea made from the leaves of the zapote tree.

I have a gimpy vaquero friend who uses te de romero (rosemary) as a deflammatory agent to loosen up his rheumatism. The tea is also used for dyspepsia, “bad” digestion and to prompt menstrual flow.

For those of us who find ourselves wandering the yard at 3 a.m. and thinking up new swear words, not only are the leaves of the orange and lemon trees useful, but also te de salvia (sage), the pale green leaves of the zapotillo (white zapote) tree made into an infusion and te valeriana are recommended to dent insomnia.

A complete list of Mexican tea cures would be about the size of the Los Angeles or New York City telephone directory (remember what those were?). Just an inventory of cold cures would take up most of the pages of this newspaper. Like doctors north-of-the-border, curanderos most frequently employ cures that work on most patients, are readily available and—unlike many of their northern counterparts—cheap.

For those whose gardens or hillsides are not a curandero’s dream, a wide assortment of ingredients can be found at most rural village marketplaces, especially on market day, when a tianguis is in town or Saturdays and Sundays. In Guadalajara, public markets such as Corona and Libertad still have puestos that specialize in the basic materials of folk cures.

The reintroduction of both basic and sophisticated concepts of hygiene, lost as a result of the Conquest (Europeans hated taking baths, for instance), and the introduction of antibiotics, have saved millions of lives here.

However, Mexico’s economic opening, accompanied by a general—and promiscuous—embrace of all things foreign, has robbed many of the poor of their familiarity with the rich pharmacopoeia of traditional cures. In many cases, this means that families now have neither the means to obtain modern medicine or the knowledge to employ traditional remedies.

(Allyn Hunt was the former editor and publisher of the Guadalajara Reporter. This column was first published December 9, 1995.)