For some emigres here at Lakeside, the recent peso decline has turned to a worry about a future foraging for food and ferreting out a secret home in someone’s tool shed, and taking placebos for medical conditions, seeing as they do only slightly worse than their regular meds and are much cheaper. (Some even freshen your breath.) 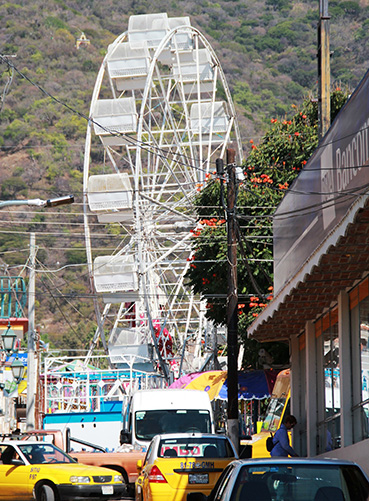 But please remember that currencies go up and down based on... God only knows (He himself has to check with Bloomberg) – like the U.S. dollar or the yuan renminbi, the official currency of China. History tells us China actually invented banknotes. (In the year 812, they applied another of their own inventions, paper, which was made from old linen rags and fashioned into what they decided to call “Cash.” But, really, even if we’d invented it, what else would you call it. Right?) Anyway, these currencies are called “reserve currencies,” because they represent nations with strong GDP growth (productivity) and because you see them in suitcases in a lot of heist movies.  So if you’re flush with dollars or yuan, you’re probably thinking, “who cares about the peso.” Well, to import your U.S. and Canadian products, your cost in pesos skyrockets and the cost of living here increases, for gringos and Mexicans. So peso power or lack of becomes important for all.

Interestingly, in the late 18th century, the Mexican Peso was the “reserve currency” for all North American countries. Americans valued holding pesos rather than dollars for decades. And even today, Mexico’s peso is considered one of the most reliable among so-called “emerging markets.”

Anyway, when these big currencies explode in your face like an airbag, your Mexican wallet shrinks.

Remember, even Christ slapped around the “money changers.” Possibly because he too was getting peanuts for his shekels.

One thing I know about preeminent currencies: Some just don’t look valuable. They don’t have important people on them, just buildings. The Russian ballet building with a statue of Apollo is on the ruble. If you’re going to use grand structures and symbols on your currencies, history has it that pyramids topped with a giant eyeball is the way to go.  Also, certainly, the Russian ruble can’t become a reserve currency because the bills are in Cyrillic letters and look more like the writings on crashed alien spacecraft than money denominations.

Currency values fluctuate, sometimes considerably from day to day. For example, one day 50,000 Iranian rials might buy you a deluxe sailing ship and, within a few days, a box of baking soda. Now, the peso forecast called for a favorable exchange rate move after the U.S. election. But, the election went south, figuratively and literally, and this uptick failed to emerge, for fear of a new U.S. administration’s economic policies.

But here’s the good news for Mexico. With the strong North-American dollars vs. the peso, I predict that there will be increases, yes, increases, in “remittances,” tourism, emigration, companies transplanting here for lower overhead and labor costs, and most importantly, a stronger Mexican GDP from more exports worldwide. With all that, the peso will recover. For now, if you’re trying to figure out how to afford your pop tarts, you’ll need to put together a financial plan.