Tourism in Mexico is one of its greatest sources of income. But according to tourism reports, tourists are drawn mainly to the country’s major sites, such as the plazas and museums of Mexico City, the wonders of such antiquities as Chichen Itzá and the beautiful beaches of Puerto Vallarta.

In order to spread the tourism wealth, Mexican tourist officials have been focusing on the selection of what they call “Pueblos Magicos,” or Magic Towns, all over the country. The program highlights and invests in the extraordinary qualities of some of Mexico’s revered but little-known locations in an effort to encourage tourism. 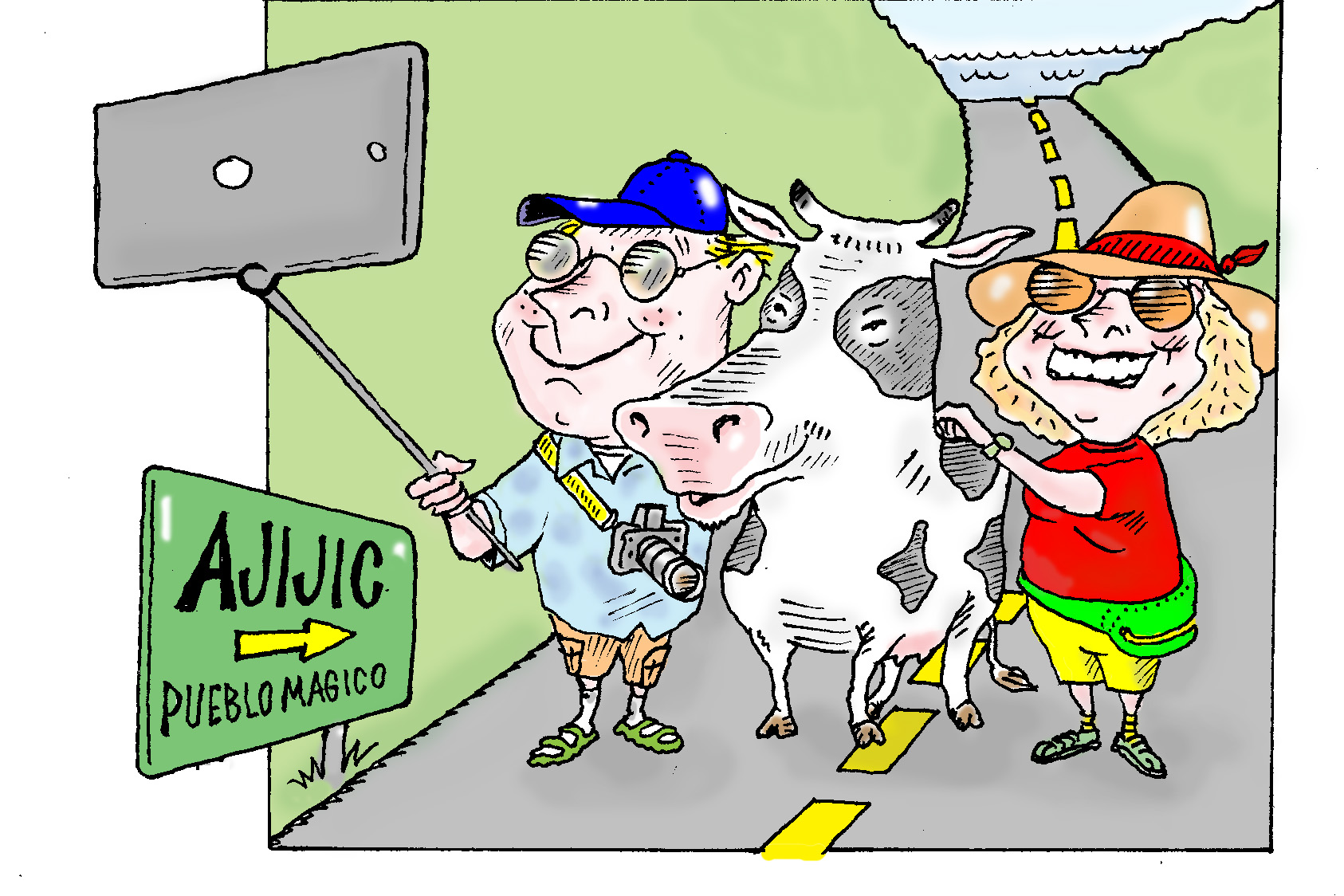 To qualify, a city must demonstrate a mix of historical, cultural, aesthetic and unique qualities. And, not surprisingly, Ajijic is now in consideration as one of these Magic Towns.

The recommendations: the untrammeled beauty of the lakefront (with the sierras in your back yard); the magnificent and diverse flora and fauna; the vast amounts of local art and artisanship, from the indigenous artistic styles and themes to handmade embroidery and unique jewelry and ceramics to the trendiest spirit of the season, mezcal (yes, the one with the worm – if it’s dead the alcohol level is right, if it squirms you’re drinking a chaser);  and ancient sites such as the original Franciscan monastery (rumored to be haunted – by friendly monks probably searching for a CFE bill to complete entry into heaven) and the captivating ancient church off the plaza, both from the early 1500s. But ...

What is also unique about Ajijic is that it has often been referred to jokingly by Mexicans as “Gringolandia.” So I have begun to wonder what unique aesthetic qualities gringos bring to what no doubt will contribute to this magic town. Yes, gringos, too, are part of the diverse fauna.

1. Watch them sitting at the Telmex office trying to explain an internet problem with two-week long Spanish lessons.

3. Notice how clever healthy gringos are as they line up in Walmart in the aisle for pregnant women or the disabled – because express aisles are not express enough.

4. Note how agile they are, leaping in their cars and flooding traffic to go three blocks to get their Polident.

5. Snap a shot of them in short pants in a culture where only children wear short pants.

7. Have fun trying to figure out who are the locals and who are just fellow tourists.

Tourists will be the couples trying to walk abreast on the sidewalks until one falls into the street.

They will be rushing about trying to find change for a 500-peso note.

They will be the ones waiting in a queue for a tour of La Floresta Castle.

They will be taking selfies with the cows in their driveways.

Finally, Ajijic and its neighboring towns are also magic because so many gringos have devoted their time, donations and considerable efforts to helping local charities. That’s an outstanding aesthetic and one that should be acknowledged as such in any future Magic Town presentation.