Is murder now a commonplace news item we don’t even pay much attention to or show much outrage over anymore?

The drug cartels believe assassinations are just politics as usual, and “democratic” in a neolithic sort of way.  Meanwhile, gun violence north of the border has become so commonplace that they may start a news section like the weather: “And now, here’s Todd, to give us a round-up of today’s murders and shootings.” 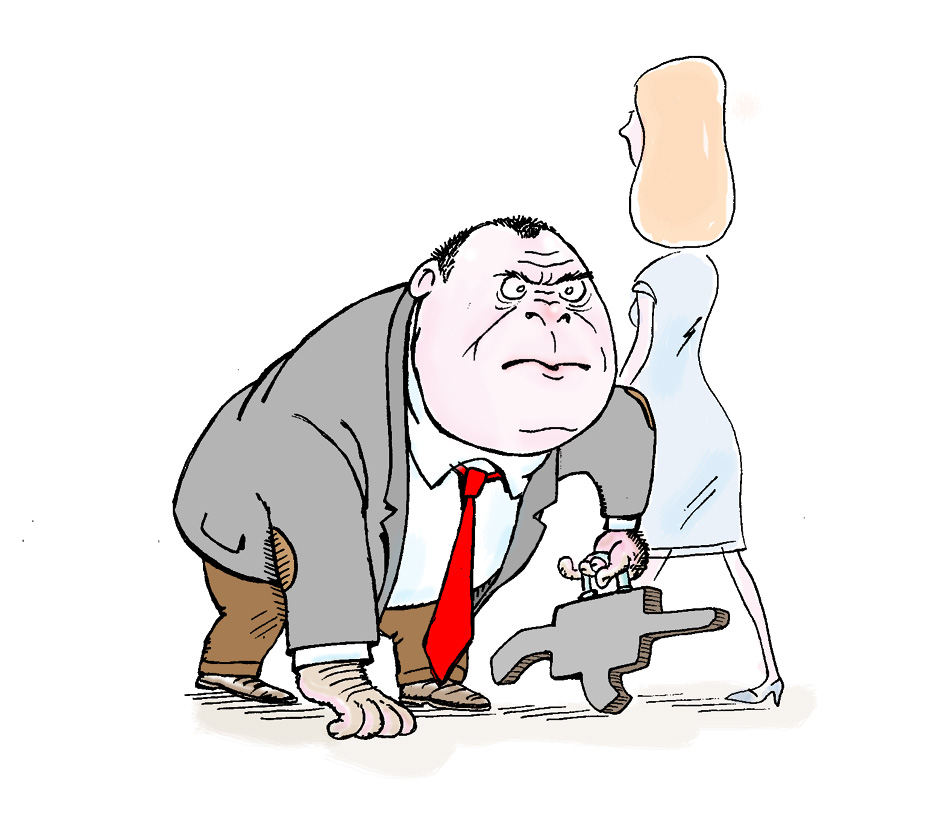 For ages we’ve thought ourselves better than our fellow planetary species because we put on pants, use air freshener, and (we alone) do colonoscopies.  This, we believe, entitles us to feel “evolved.” And yes, there was a time, back in the day, when someone getting murdered or shot was a shock and a tragedy. You’d see it in the movies. Someone was always around to quote something from the bible or a country music song. It was a somber, startling event, causing us to mull over our own mortality. Today, deadly violence just conjures up the thought: “Wow, they haven’t gotten me yet.”

According to a recent Time magazine article, the human brain is coded for compassion, for guilt, for a kind of empathic pain that causes the person inflicting harm to feel a degree of suffering. Somehow, that all gets scrambled and lost today. A new study published in Social Cognitive and Affective Neuroscience attempts to explain what goes on in the brain of a killer.  In order for killers to feel no guilt or hesitation about their actions, certain brain areas and components have to disengage and dismiss the idea that their target is a human being just like themselves, and possibly innocent.  Some people can manage this disengagement as easily as turning out a light – psychopaths. But once a killer sees the target as someone much like himself by, for instance, regarding his facial expressions, body language and other human features, his “moral processing” can kick in and possibly stop him through guilt and a smidgen of empathy – (the really nice, quiet guy next door who helps you with your garbage and then winds up in the news for whacking his co-workers).

So it is the ever-increasing dehumanizing of victims that makes killing so easy. The reasons are many, according to the aforementioned study, including media portrayals of violence as entertainment and the perverted rationalization of vengeance and “stand your ground.” But the end result is often homicidal havoc.

Needless to say (I’ll say it anyway), most of us know perfectly well that the culprits are usually men. The neurophysiology for many men have never advanced beyond the stage of  “they’re eating our meat, kill them,” yet they are still a product of our 21st-century education and culture. So what part of today’s male brain still prompts us to kill without conscience —as though people were piñatas?

It’s a complicated set of neural connections. Right now, the problem is that medical science has no way of detecting, identifying, controlling or treating people who kill remorselessly. That imbecile in the Philippines, President Duterte, explained a lot recently when he confirmed that he killed people as mayor of his town, with no remorse: “I used to do it personally, just to show the guys that if I can do it, why can’t you?” he said.

When civilization starts circling the drain like it has been recently, it appears that evolution’s magnetic field, especially for men, seems to be reversing itself. Darwin would be shaking his head, saying, “I haven’t a clue what’s going on here. I’m still trying to figure out the point of the appendix.”

So, wouldn’t we forgive women, should they at some point take up cloning for reproduction.  That part of the male brain that has lost touch with its female side (helping out with charity quilts, muffin baking and diaper changes; and using projectiles only at mixed darts), should have gone the way of our tail, now a vestigial crop. Well, as far as human reproduction is concerned, males themselves could wind up vestigial crops!

Something from Nietzsche is worth thinking about: “Man is a fraying rope tied between beasts like us and what will later be – a rope over an abyss, a fragile bridge and not an end.” (Thus Spoke Zarathustra.) Maybe new placid, caring creatures of the future will have more respect for one another, and we’re just the pterodactyl version of the coming dove.

So for the sake of the planet, I hope Nietzsche is right.