Remember when you stared curiously at a tag on your pillow or mattress that forbade you to remove it, or, in my case, dared me? To me as a teen-ager, it seemed just an innocent pillow.

But then I thought, during a fit of tossing and turning in the middle of the night, it could tear off and get me 5 to 10 in the jug for aggravated assault on a pillow. So just in case, I ripped it off. And decided to plead insanity. 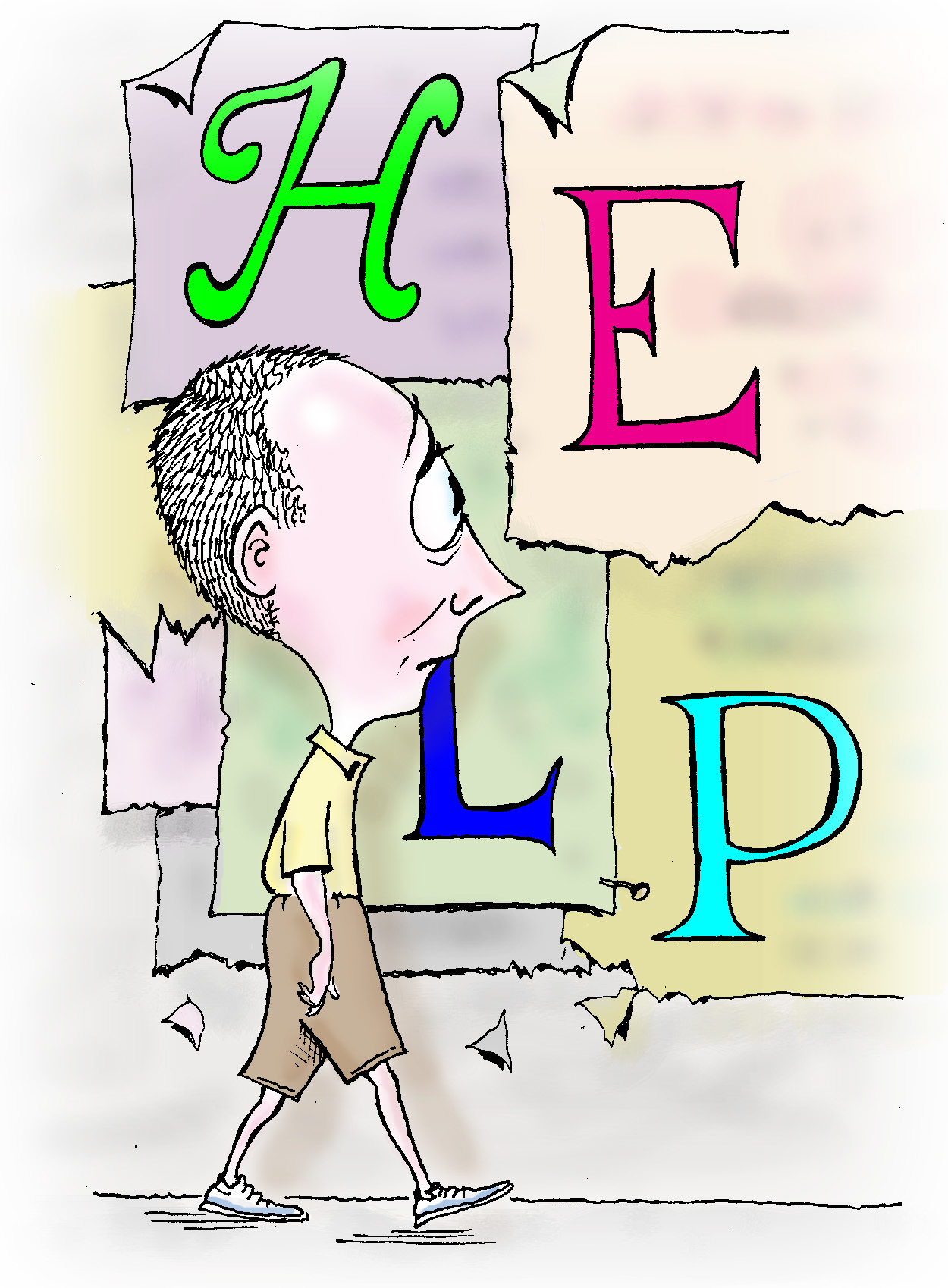 Nothing happened. Flash-forward to Ajijic. Here there are now similar tag sanctities in the form of posters and banners and notices that are so untouchable they are causing war-like behavior among their promoters. The problem is that there are so many entertainments, events and goings-on, that demand for poster space has far exceeded poster space. So a war often breaks out. In short, if skywriting ads were still available, there would be dogfights over lakeside daily.

The hard copy notices in all their forms are so commonplace and ever-present here that the collages they create become unsightly and overdone. One can easily conclude why you never see wallpaper in a Mexican home.

Stop at any high traffic venue and you will have to take notes to remember all the upcoming spectacular, not-to-be-missed new entertainments and happenings: concerts, plays, readings, bazaars, special events, ad infinitum. There are days when the walls, posts, fences, doorways and barriers are so cluttered that signs and posts overlap, obscuring portions of each of the notices. Los Cantantes looks like a trio; one ad cluster reads: Bed & ... Express Divorce. Reduce. Reuse. Recycle. Now, I don’t see how that helps anybody, although some were taking down somebody’s phone number.

Posters exist on corkboards outside markets, on the entrances to many familiar shops, fences and façades and just about any pillar or post with the circumference of a mature tree, as well as the mature tree a foot away. And it’s all free publicity. Some call it flyposting or “wild posting.” Others call it vandalism. Because it’s on overload, some people don’t even notice it. If you want to be in the know, just read this popular newspaper. Especially my column as opposed to other columns.

Anyway, the lack of space during the tourist season creates desperation. It prompts some promoters to either remove still-viable posters and replace them with their own or overlay new posters on top of existing ones. By several accounts from friends, verbal and physical abuse have occurred between poster-hangers feeling their efforts had been violated. This means that poster vigilantes are patrolling the poster-hanging locations brandishing ... what else, staple guns loaded for bear.

I think some locations that allow the “posting of bills” apply a time limit and all posters and flyers and notices are taken down within a week. Even this simple, practical arrangement draws fire. Militant poster hangers protest, believing they have had some bizarre “freedom of speech” rights taken away. The fact that the front of a small Ajijic market looks like the bottom of a multi-resident birdcage doesn’t seem to bother them.

But the issue that makes much of this messiness possible is that the advertisements that do remain posted don’t have a corresponding publicity team to take the walled debris down, once the spectacular, not-to-be-missed events are over.

I recently encountered a woman of fine sensibility and neighborhood pride who was plying Calle Constitucion, ripping out-of-date posters and notices from the trees, poles and fences and dumping them in the garbage. She claimed whoever put the notices up should take them down. Period. They shouldn’t be left to disintegrate over eons through radioactive decay.