For decades, maybe even centuries, Unidentified Flying Objects have been a mystery, a joke and a source of denial from all who have dismissed the idea as nonsense. I remember the explanations.

Marsh gas?  Tricks of the eye?  Hallucinations?  Weather balloons? Balled lightning? And it was further believed that all were real visitations from outer space but were kept hidden by government conspiracies, as if loonytune world leader candidates wouldn’t have bragged of being contacted by, and having political alliances or non-aggression pacts with aliens, possibly in the order of Ribbentrop of Germany, Molotov of Russia and Жупаня from planet hwei9.

So that takes me to ghosts and the creepy experiences we’ve all had with shadowy enigmas. What are they? Do they exist? Someday it may be proven beyond a shadow of a doubt that this spooky stuff is real, just like UFOs.  And we just don’t understand it yet. I mean we’re still working on genders trying make sense of one another. 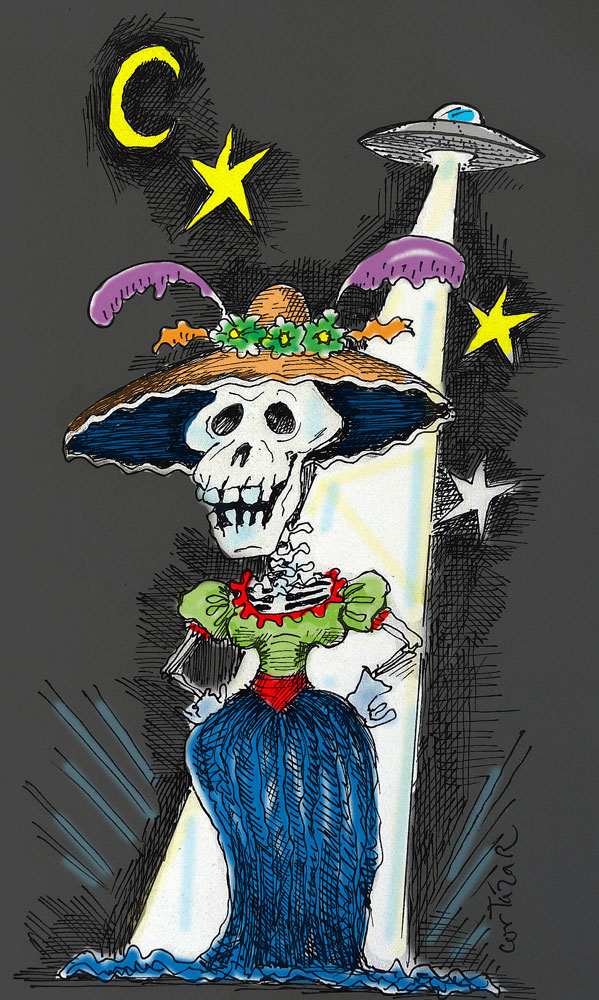