There’s an old Mexican belief that on Christmas Eve, the animals will lie about the barn and speak with one another about the way of the world.

One familiar with this year’s  annual summit but who wishes to remain anonymous and free-range rushed an exclusive of the animal discourse to this paper. Highlights went like so:

Big Sow started off telling Goat, “Do you remember when they called pork ‘the other white meat’?” Big Sow asked. “I mean me and white supremacists were equal. It was demeaning. I had to go lick Wayne the Psychedelic Toad’s back to calm down!”

“Yeah, when you roll in the mud, it’s to cool off,” Goat clarified, “When they do it, it’s a lifestyle statement.”

“I want to get everybody’s opinion on whether humans really are our descendents,” Quick Brown Fox snarled. “Humans belong back up in the tree. Yeah, they’re bipedal. But they all need knee or hip replacements. So they’re way ahead of themselves if they think they evolved.”

“And you notice that when they split off from our pals the apes and chimps, nobody said anything. Good riddance.”  That was gentle mixed-blood Tarquin the Terrier. 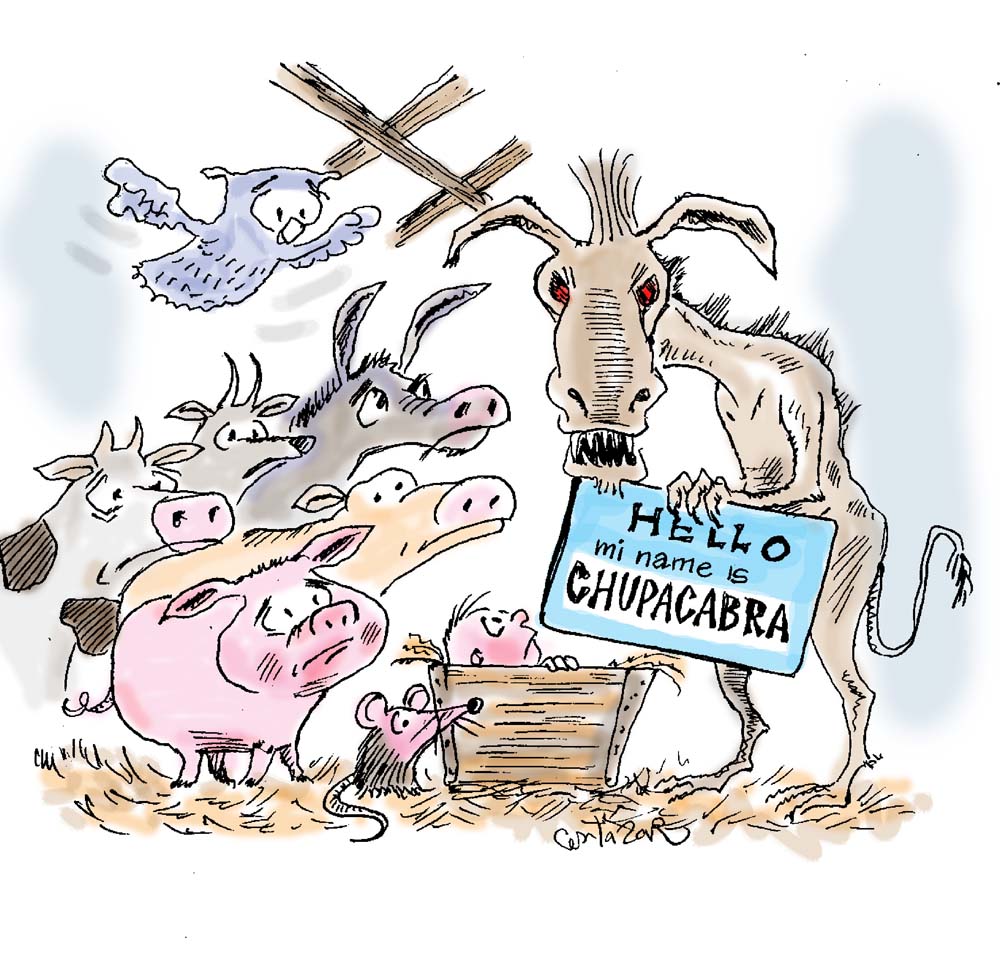