Susan Street is a social scientist at Guadalajara’s Social Anthropology Research Center (CIESAS). She lives in Pinar de la Venta, eight kilometers west of Guadalajara and her house is situated at the very edge of the sprawling Bosque La Primavera, home to 340 species of vertebrates, including coyotes, lynxes, a puma or two, and, of course, rattlesnakes. As you can imagine, none of these woodsy creatures know exactly where the forest ends and Pinar de la Venta begins. 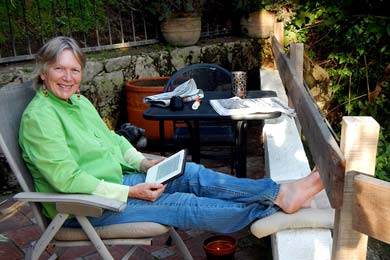 “I was sitting on my terrace,” says Street, “reading a book with my feet up, when I glanced down at the floor. Coiled right under my chair, next to a citronella candle, was a rattlesnake—a big one!

“I slowly got up and went into the house, and watched it through the glass window; it soon left that place and crawled along the ground next to the wall, when suddenly it turned and came towards me until we were face to face, me on my knees to see it better ... Wow! Where was my camera?”

Street’s ex-husband Guillermo convinced the snake to leave by spraying it with the garden hose, but, says Street, “That evening, when I put the dogs to bed, I discovered that the big fellow (over a meter long) had come back and was now curled up by the patio door.”

The following day, this snake (or more likely its mate) unfortunately met its end at the hands of workers, even though Street had warned them there was a rattler about and asked them not to kill it.

“The cascabel appeared suddenly from behind a plant,” related a blacksmith working in the patio, “and I saw it lunge at my friend Alfredo.

He managed to sidestep it, but then we both reacted instinctively and clobbered it to death. I’m sorry.” 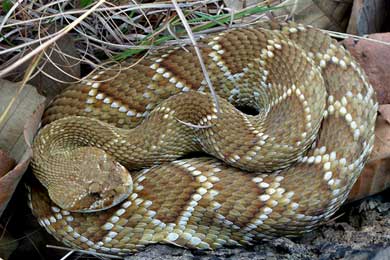 The workers ended up with Caldo de Culebra that evening and Susan Street with an existential problem: “I’m trying to figure out how I can repay the universe for the death of that snake.”

Street also wonders what to do the next time she finds a rattler in her patio, how to minimize the risks. I put that question to Bosque La Primavera’s rattlesnake specialist Filiberto González, who immediately identified Street’s culebra as a Mexican West Coast Rattlesnake  (Crotalus basiliscus), which, he says, is the rattler most commonly seen in and around the Primavera Forest, “and which is famous for being the second-largest of all the world’s rattlesnakes, frequently reaching two meters in length and surpassed in size only by the Eastern Diamondback (Crotalus adamanteus), a native of the United States.”

If you find a cascabel in your home, says González, you should leave it alone, give it space and call an expert (See contact info below). “If these snakes come to your home,” he adds, “it may simply mean that your home looks like a good refuge for the creature, or it may mean you have something there which attracts mice and other small animals which are part of a snake’s diet.” 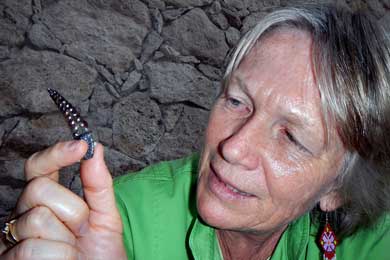 González recommends keeping a venom extractor handy in case of a snakebite. These are inexpensive, easy to use, and could even save your life. The device is equally good for scorpion stings and even alleviates the itch of a mosquito bite. They’re available at Sports and camping stores or through Mexican websites like equipodeproteccion.com or ems.com. Ask for an extractor de veneno.

Is it a good idea to keep antivenom on hand in your home? Filiberto González says it’s a fine idea in theory, but in practice antivenom should only be administered by an expert. “On top of that,” he says, “It’s expensive and has an expiration date. “What’s more important,” continues the snake expert, “is learning to live with and respect these creatures.”