Happy mothers and exuberant children gathered last Saturday at a DIF center near Guadalajara’s Auditorio Benito Juárez to celebrate the inauguration of a new playground, built for them thanks to the efforts of several expats from the United States. 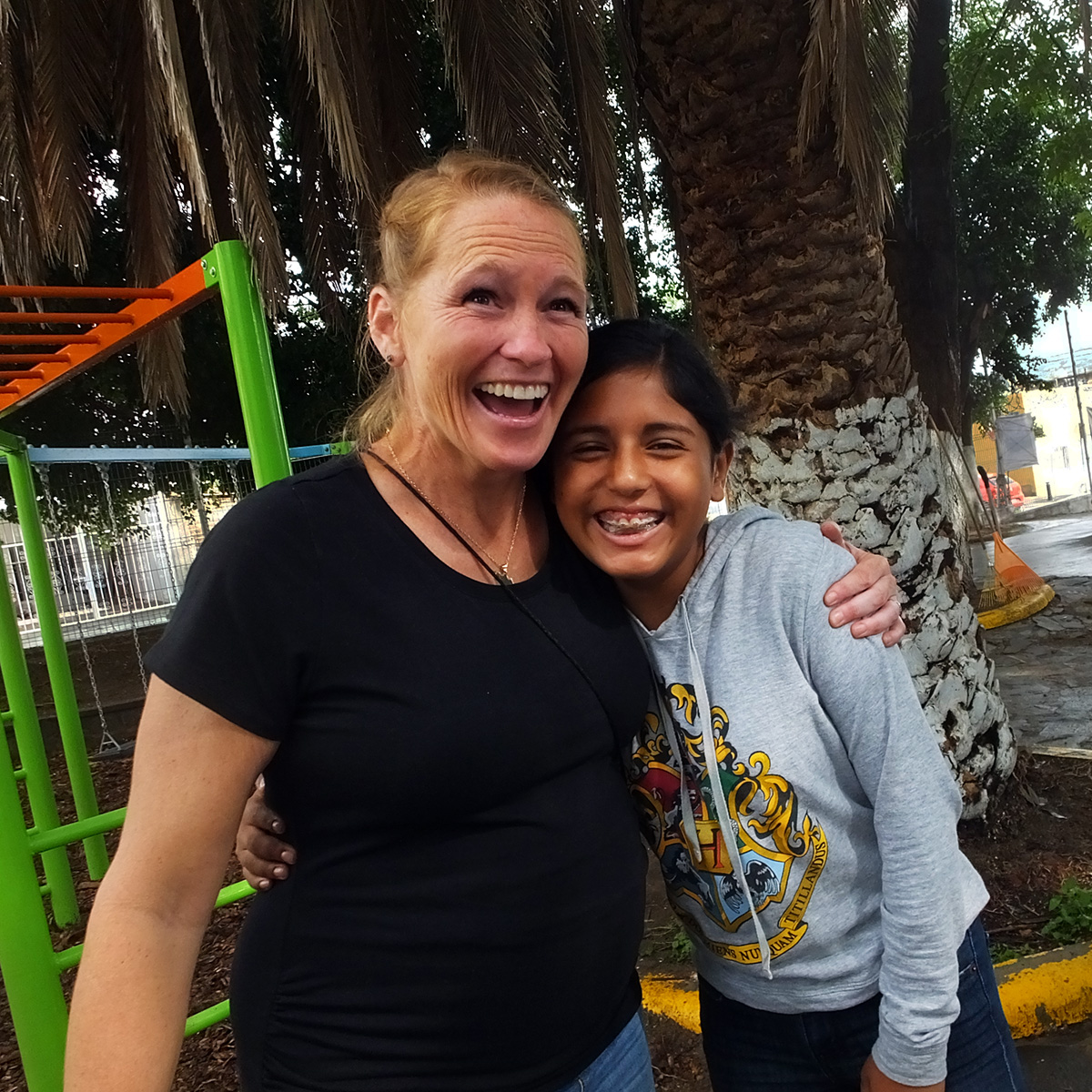 The Desarrollo Integral de la Familia (Family Development Agency or DIF) is a public institution that focuses on strengthening and developing the welfare of Mexican families, especially those with limited economic resources.

“DIF centers do amazing things for families,” explained expat Lori Sumner, who spearheaded the playground project. “They provide food and medical care, hold classes and workshops, offer scholarships, run programs for children.  They just plunge ahead and do whatever is needed in the neighborhood.”

Sumner teamed up with members of the Guadalajara Junior League to apply for a grant from the J. Kirby Simon Foreign Service Trust, in the hope of doing some good for women and children struggling to make ends meet in Guadalajara.

“We met with the director of DIF in Jalisco and he took us to see a number of these centers,” continued Sumner. “Finally, we found this one in Colonia Parques del Auditorio that was just perfect.” Sumner said the space around the DIF building used to be just concrete with nothing for local kids to do.

“We went for a playground, which was designed free of charge by Estudio Eco,” Sumner said. “Then a church-coffee shop called The House donated money toward the project and the Junior League helped us complete it.

“In short, this project is for the neighborhood, for the children of this neighborhood. It is something positive that will continue to do good long after we expats have moved on to other places.” 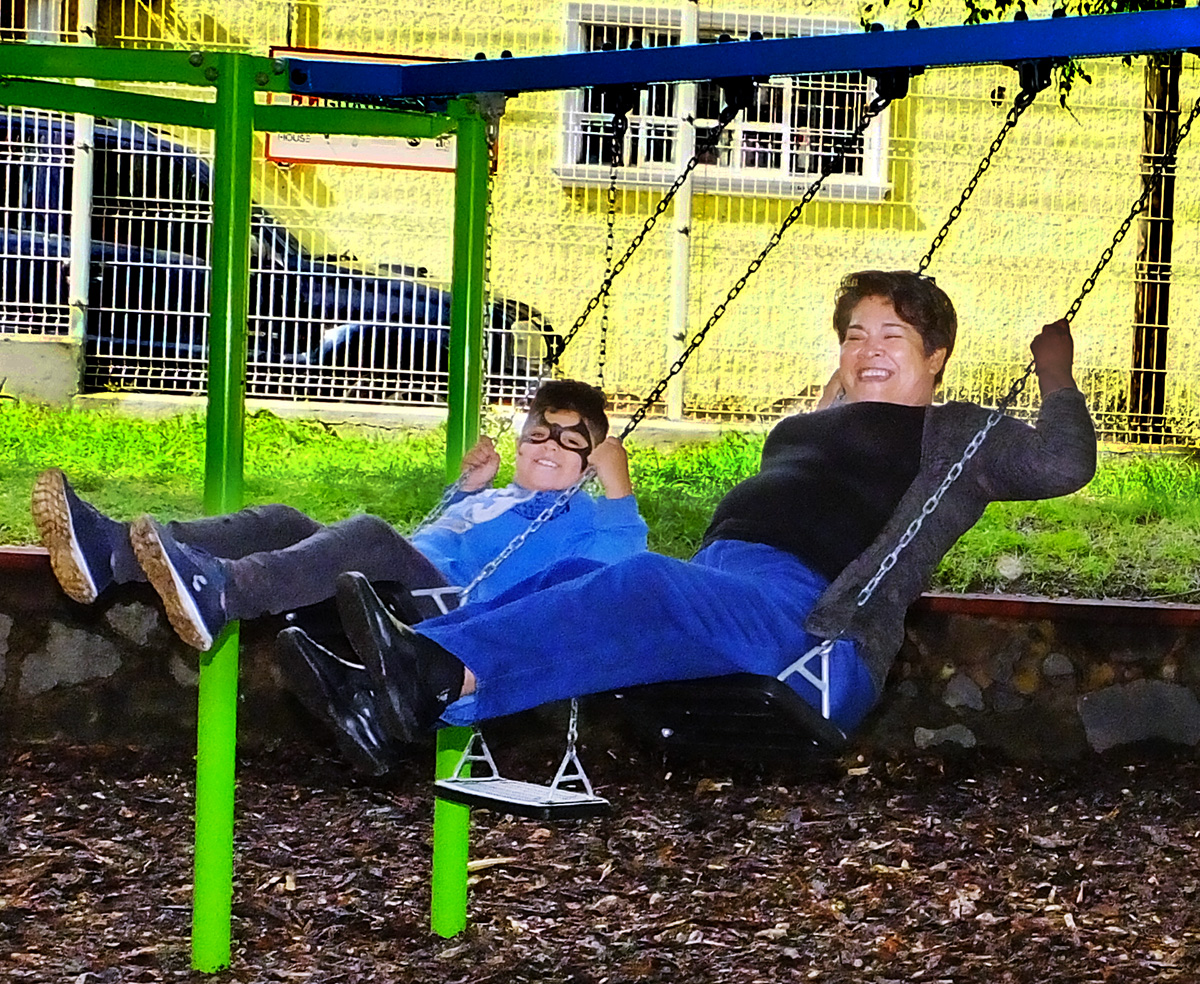 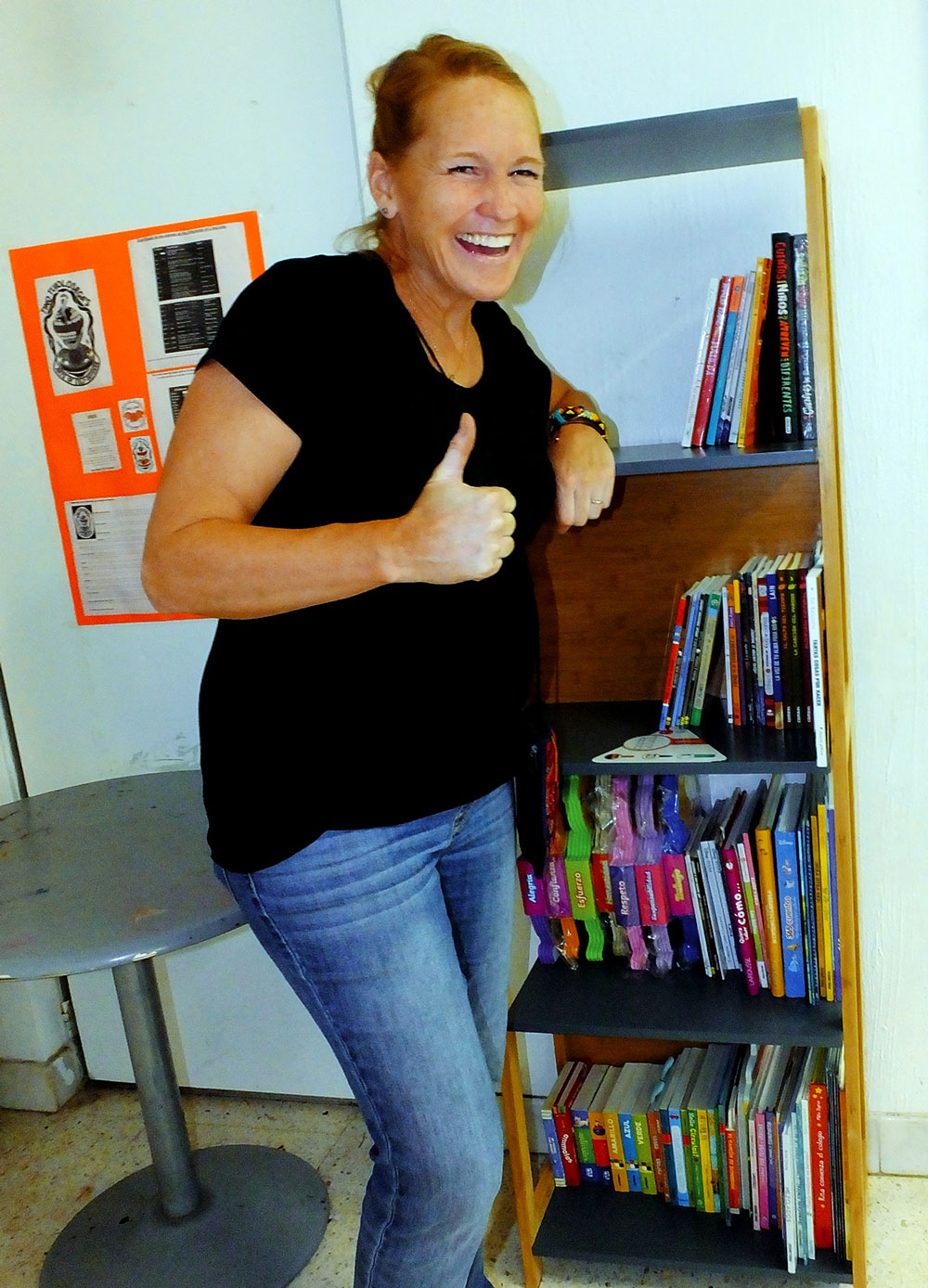 Sumner then showed me around the DIF grounds, which are shaded by tall, majestic trees. The playground sits beneath an especially beautiful palm and features high-quality swings, slides and monkey bars.

There we also found her husband, U.S. consulate staffer Sean Sumner, sweating mightily while shoveling wheelbarrows full of wood chips (donated by the diplomatic mission) into the new playground area, to act as a mud-free floor.

Next we went into the DIF building so I could take a look at a side project the volunteers had managed to complete along with the construction of the playground.

“The Kirby Simon Trust also gave us funds to purchase some really good books so we could start a little lending library for the kids,” Sumner said. “It’s just a small collection, but it’s a beginning. I hope it will grow.” 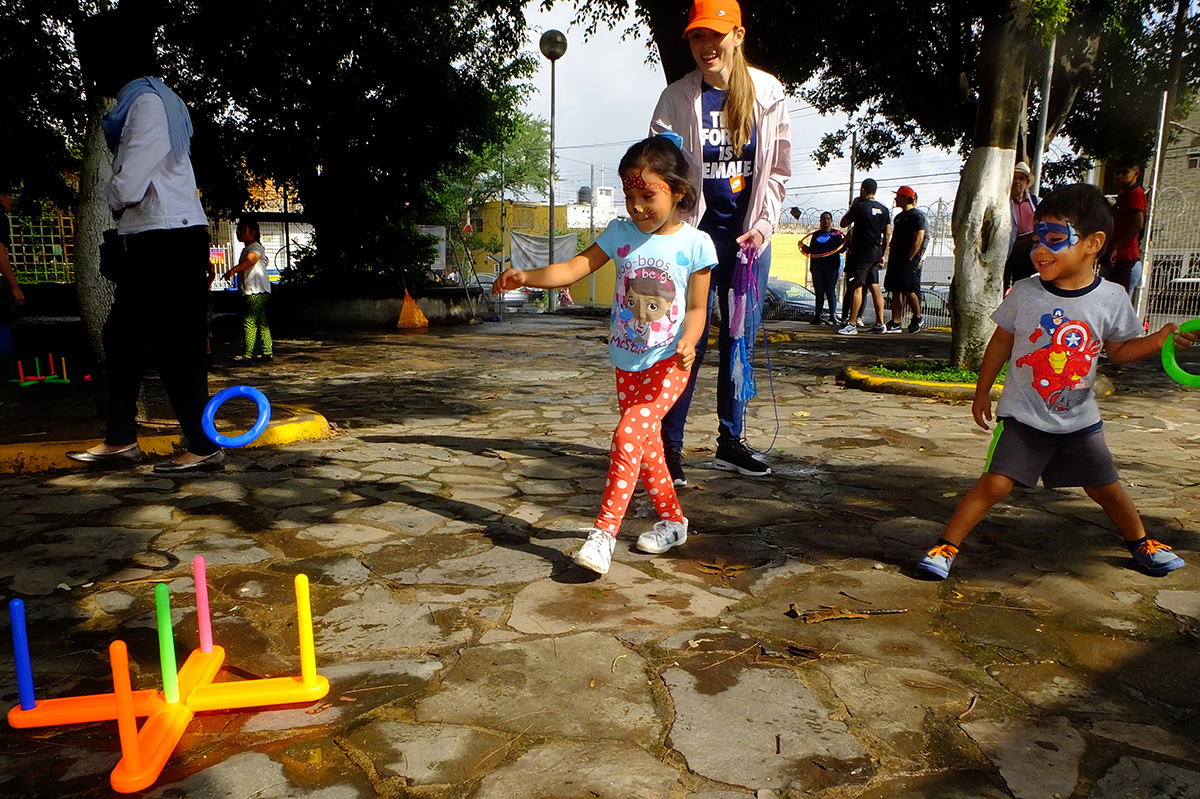 The official inauguration of the playground took place at 10:30 a.m. and was unlike any this reporter has ever seen.

Even though representatives of DIF, the Junior League, Estudio Eco and the U.S. Foreign Service were all present (even the U.S. consul general was there), not one speech was given, not one politician or administrator got up on a stage to take all the credit! Instead, Francisco García, one of several young volunteers from Nike, picked up the microphone and directly addressed the children, many of whom were already swinging high in the air and otherwise enjoying their new playground.

“Kids, we have all kinds of great things for you to do today. We have rings to toss, basketballs to throw, bats to swing, hoops to squeeze through and games we can all play together – let’s have fun!”

And fun they had. What a lot of happy kids and smiling moms! And there in the background taking it all in, was the U.S. Consul General Robin Matthewman.

“This is a wonderful project all done by volunteers,” she told me. “And one of the driving forces was a member of my own staff. I am filled with pride.”

The Junior League of Guadalajara serves children and women  in all sorts of ways, such as bringing packages of very useful things to needy women who are in the hospital giving birth, providing burn patients with specialized beds and running soup kitchens in economically depressed neighborhoods. For more information, see juniorleagueguadalajara.org or call (33) 3121-0887.