In previous articles I have mentioned Bakpak, an excellent magazine for hikers and campers published in Mexico, which costs nothing and is full of information about the great outdoors (but entirely in Spanish).

In addition to publishing a magazine, the Bakpak team organizes excursions for people living in and around Monterrey and Guadalajara. Recently, they told me their new season of activities for 2020 would start with a hike in La Huasteca, an area just outside Monterrey filled with limestone mountains, many of which are long, thin and high, running in parallel lines like giant knife blades. Cañon la Huasteca, they told me, is actually the beginning of the Sierra Madre Oriental, which extends south for 1,000 kilometers.

When they invited me to join them for their first excursion of the new year, I was delighted and honored, so off I went to Monterrey.

These Bakpak people are pretty serious about their hikes and the day after my arrival there they were picking me up at 5:30 a.m. in total darkness.

“I always organize the first excursion of the year as early as I can,” I was told by Alex González, founder of Bakpak. “If they are willing to get up at 5 a.m. and actually do it, I know they are hooked, and I know they are going to fall in love with the outdoors.”

To my great surprise, the number of people who got up before dawn to stamp their feet in the dark on that cold Sunday morning came to 133. 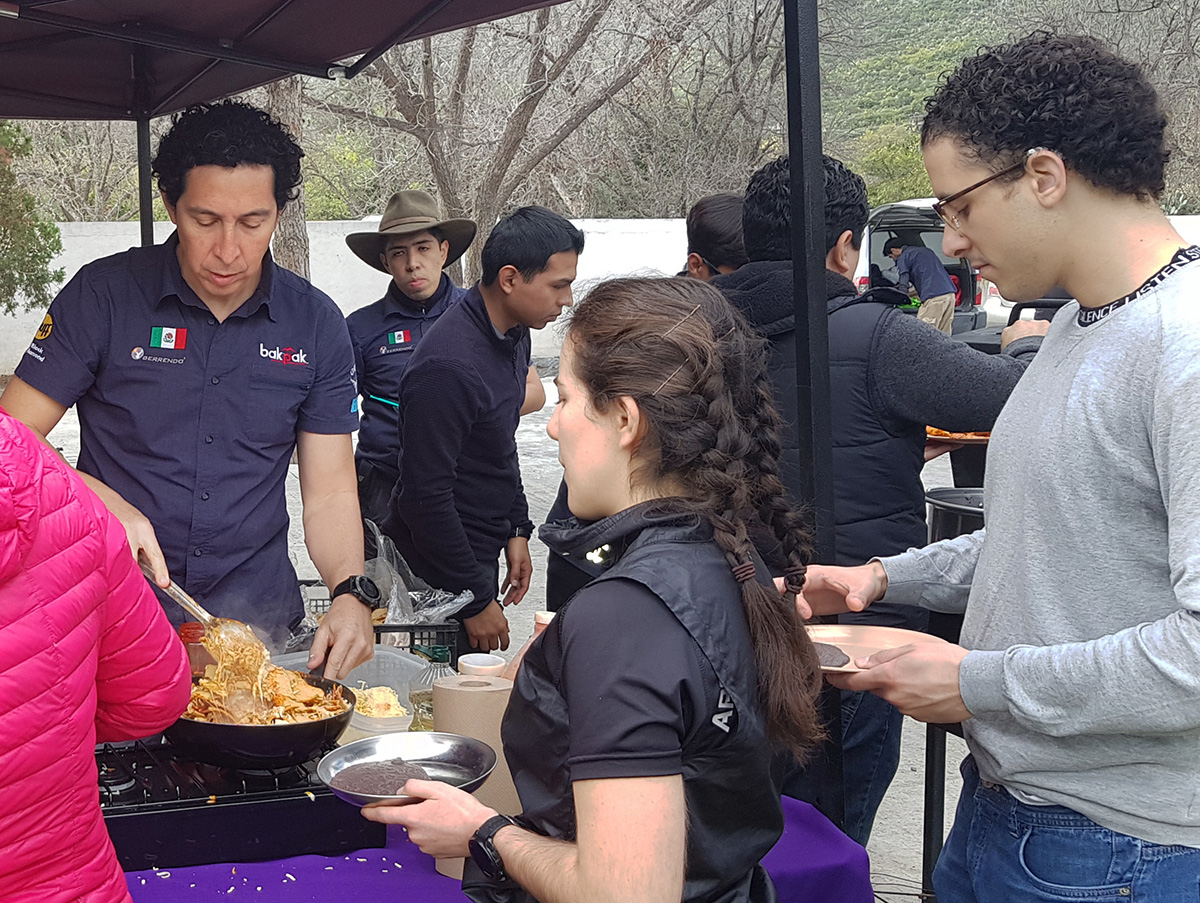 Now I know that Alex had promised all of them a delicious breakfast of chilaquiles made with a recipe handed down from his mother, but they would only enjoy that after several hours of hiking. What was it that had hooked over 100 people who could have stayed in their warm beds that chilly Sunday morning?

Just as the sun was peeking through the silhouettes of distant peaks, we began our hike through a flat riverbed bordered by matorral, desert scrubland. Soon we were on higher ground and reaching a level where the majestic beauty of those peaks could be appreciated. It was hard to believe that you could find such silence and solitude only 20 minutes from the hustle and bustle of Monterrey, with almost 300 routes that attract mountain climbers from near and far.

I looked at the people around me. They were all city folk, “townies,” and here they were hiking through the mountains, and to me it looked like they were really enjoying themselves.

I turned to a married couple next to me. 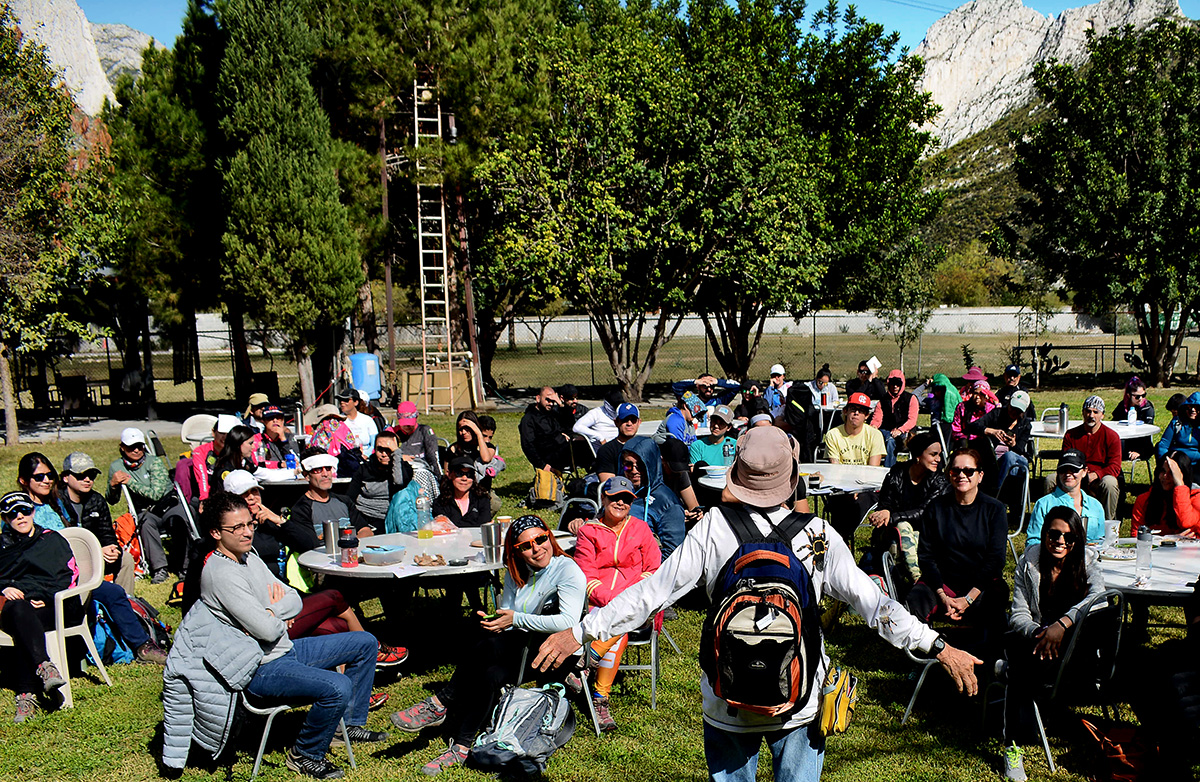 “We’ve been going on these excursions for three years. To tell you the truth, the first hikes seemed tough and we’d go back home utterly worn out. But now we’re used to it and we love it,” said one couple.

The city of Monterrey is situated right next to these extraordinarily beautiful mountains, but people who grow up in a city will tend to spend their entire lives within its limits, unless they are introduced to the wilderness in a way that doesn’t turn them off or, worse, scare them half to death.

Sad to say, many children’s introduction to nature is all too often provided by well-meaning, but misinformed parents:

Fortunately, there are clubes de excursionismo in Mexico that present hiking and camping in a positive light, but all too often their leaders may be endowed with far more enthusiasm than knowledge about minimizing the likelihood of accidents in the bush. 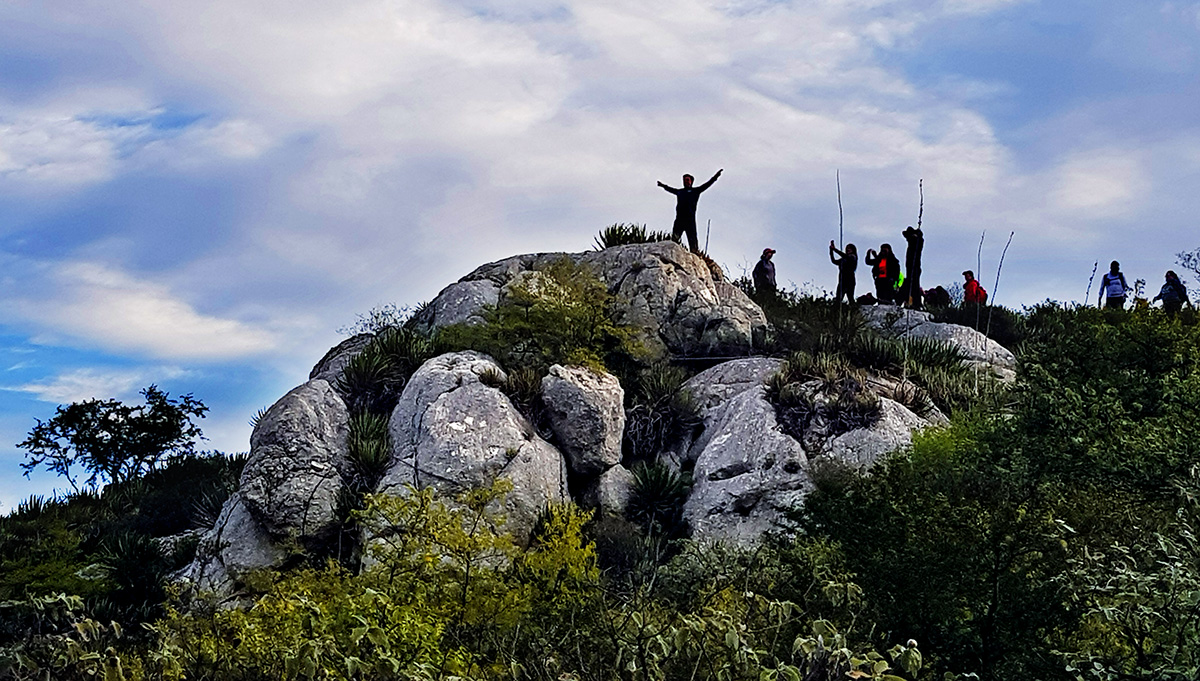 The most extreme example I can think of is the fate of “Los 11 del Iztaccihuatl” in 1968, when a surprise snowstorm caught the young members of a Guadalajara hiking club unawares on Mexico’s third highest mountain. Eleven of them froze to death.

Clearly, whoever leads ordinary people out into the middle of nowhere needs to be highly experienced and well equipped.

Back in the office of Bakpak Magazine, I told Alex that he was undertaking a service of immeasurable benefit to these people by easing them into a new relationship with nature in a safe way.

I asked him if this was by chance or was part of the Bakpak philosophy.

“We are properly licensed for tourism and we use the very best equipment and our staff members are trained in first aid, but above and beyond all that, we do have a philosophy.  In my opinion, we need to introduce people to nature, to its value, in the same way intelligent and sensitive parents introduce young people to sex. It’s something you are going to run into in life and it could represent a good experience or a bad one.” 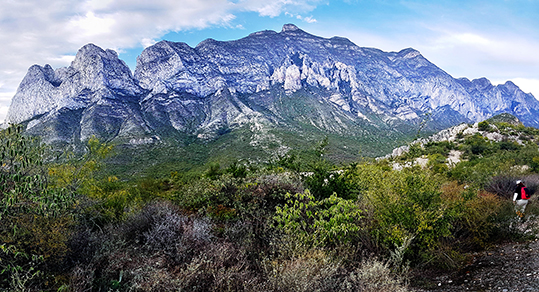 Alex continued: “There are many things in life we take for granted: a sky of blue, a meadow, a tree. But the very fact that we can see these things at all is magic. The very fact that we can walk on two legs without falling flat on our faces is magic. If we demonstrate the value of nature, if we teach it well, in such a way that people have fun and enjoy the experience, it generates a link between them and nature, and this link will be of inestimable value in absolutely everything they will ever do.”