His mobile rang. Archaeologist Rodrigo Esparza tapped Reply. On the other end was Cecila González, one of Mexico’s leading experts in ceramic restoration. “Guess what?” she said. “I have a surprise for you. Your jar is ready to go home.” 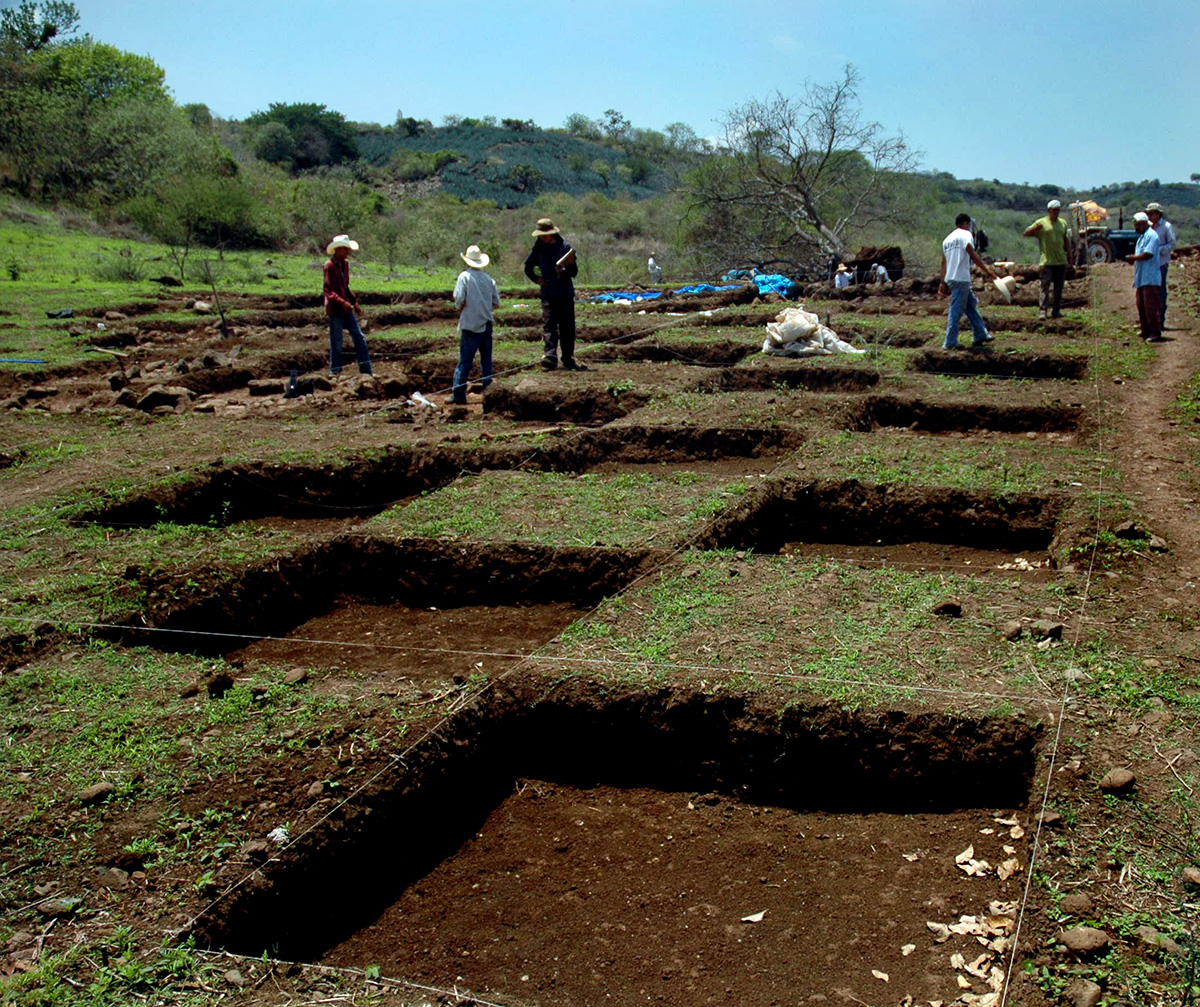 Esparza was surprised, because he had turned some 350 fragments of the huge clay pot over to Guadalajara’s highly respected Escuela de Conservación y Restauración (ECRO) 12 years earlier and had almost forgotten about it …

The story began in 2008, when Esparza and other archaeologists were hard at work excavating a plot of land just south of the 2,000-year-old Guachimontones. The site had been chosen for the construction of a large interactive museum.

“We chose that land,” Esparza told me, “because we believed there was nothing of archaeological importance there, but we could not have been more mistaken.”

Naturally the archaeologists decided to check their assumptions and as soon as they began digging beneath the surface, they discovered that a ten-square-meter section of the new museum site was unusually rich in artifacts. Within a few months they unearthed bowls, jewelry, figurines, six burials, five ovens and six big urns, one of them a meter high by a meter wide.