Skateboarding was invented in Santa Monica California in the 1950s, when surfers – frustrated on days without good waves – came up with the idea of putting wheels on a board so they could “surf the streets.” 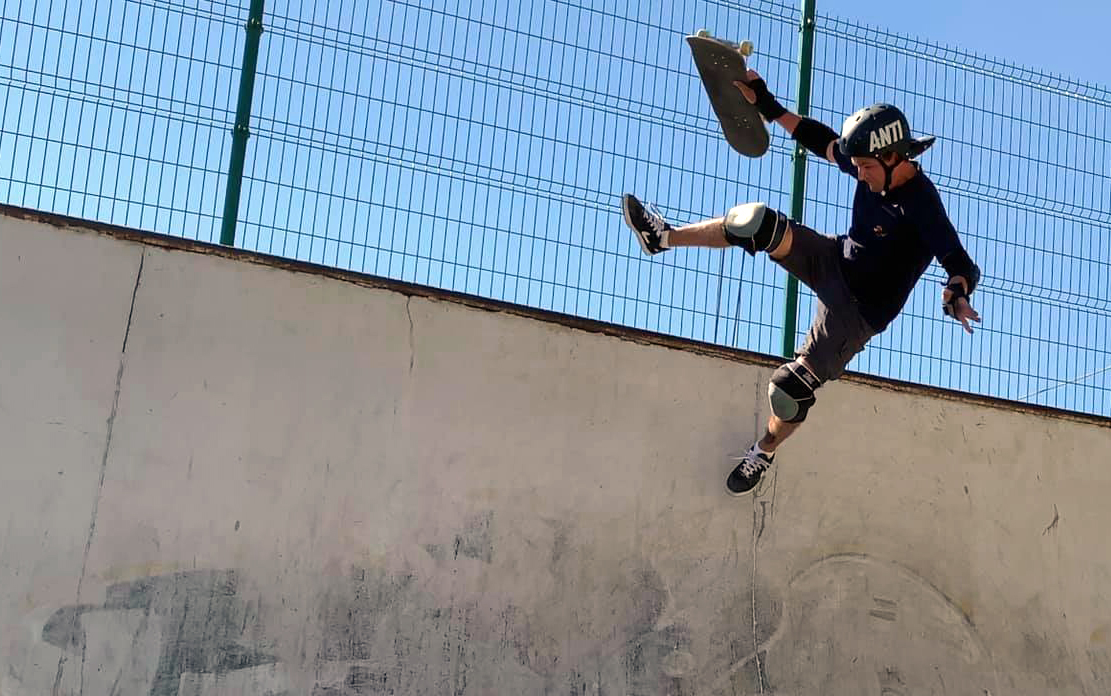 It probably reached its peak of popularity around 1963, crashed in 1965 and then, during the following decades slowly regained popularity thanks to the innovative techniques of skateboard pioneers and legends like California’s Tony Hawk.

In Mexico, one of the many aficionados of skateboarding in the 1980s was Luis “Luigi” Medina, today director of Guadalajara’s highly innovative and successful IMI College.

“Here in Guadalajara three skate parks suddenly appeared, all of them private,” recalls Medina. “One of them was located in Plaza del Sol. The park was called Skatopistas del Sol and its bowl measured four and a half meters from top to bottom. I was eight years old then, and I was terrified when I first looked upon that great bowl. It was very, very deep!

“There was another skate park in front of Plaza del Angel called Parque Metálico, so called because the ramps were all made of metal. The third park was called Duki and it was in Plaza Patria, named after a popular brand of skateboard. Amazingly, these skate parks disappeared as fast they appeared. The skateboard era suddenly evaporated and come the 1990s, you could hardly find a single professional skateboard for sale in Guadalajara.”